The writer and her husband in Alberobello with trulli houses in the background. — Photos: SIEW OI FUN

Mention pyramids and you would probably think of Egypt. Indeed, the pyramids there are world famous and millions of tourists have flocked to see them over the years. My husband and I too have been to Egypt to see these amazing ancient monuments. That was about 15 years ago.

Last year though, we saw another kind of pyramid... the earth pyramids of South Tyrol in northeastern Italy.

These are natural rock formations consisting of cone-shaped pillars formed by deposited clay, with a boulder on top. They developed over the course of many centuries, dating back to the glacial era. Apparently, these structures are constantly evolving due to erosion, with old ones collapsing and new ones sprouting up.

The earth pyramids that we saw are located on the Renon plateau above Bolzano, the capital of South Tyrol. We were there on an optional trip during our 17-day tour of Italy in May last year. It was our third time visiting Italy and we chose a tour that included several attractions that were new to us, such as these earth pyramids.

A board with information about earth pyramids in South Tyrol.

This region is truly picturesque. We had tea up in the mountains, in a garden with beautiful views of the Dolomites, a mountain range that is part of the Alps. The cable car ride down also afforded us breathtaking panoramic views of the mountains and valley below, and of farm houses with vineyards on the slopes.

Aside from the landscape, South Tyrol is also interesting culturally. It used to be part of the Austro-Hungarian Empire and its German heritage can be seen in the architecture, cuisine and the fact that German is widely spoken here.

Another destination we were eager to visit for the first time was Alberobello in the Puglia region in southern Italy. This charming town is a Unesco World Heritage Site because of its unique limestone buildings known as "trulli".

Alberobello has the best preserved and highest concentration of trulli in the region. Here can be found about 1,500 of them, dating back to the 14th century. A trullo (singular form of trulli) is a small whitewashed house with thick stone walls built without mortar, and has a characteristic dark grey conical roof.

We had a walking tour among the trulli, popping into a couple to view the interior. Perhaps of their size and shape, the trulli seemed to exude an air of mystery and we felt as if we were in a land of gnomes or hobbits! Today many of the trulli are souvenir shops, restaurants and hotels.

Italy has many Unesco World Heritage sites and another one that we visited which is highly popular with tourists is Cinque Terre (meaning Five Lands). It is a coastal area with five villages that are centuries old, perched on the rugged coastline of the Italian Riviera in the Liguria region in the northwest.

A village with colourful houses in Cinque Terre.

We took a boat to one of the villages. The coastline was spectacular. From the boat we could see colourful houses high up on rocky terrain or at the foot of hills that fall steeply toward the sea. There were vineyards on terraces clinging to the slopes and fishing boats bobbed in the harbours.

This tour of Italy covered almost the whole length of the country, journeying through scenic countryside as in beautiful Tuscany, along stunning coastlines like the Amalfi coast, visiting modern cities, medieval towns and quaint villages.

On the final night of the tour, we had dinner in an unusual venue – inside a museum (the Museo Gregoriano Profano) in the Vatican City. The food was nothing to shout about but dining while being surrounded by Roman and Greek sculptures and other antiquities, made for a most memorable experience. Furthermore, we could only go to the washroom in small groups and accompanied by security personnel.

Dinner was followed by a tour of the museums after they were closed to the public. The highlight was a visit to the Sistine Chapel to view Michaelangelo's magnificent frescoed ceiling.

We are glad that we were able to have such an enjoyable holiday before the current pandemic struck. Tourism is one of the worst-hit industries as countries shut their doors and flights are grounded. Travelling for leisure has come to an abrupt stop and plans for future holidays have to be put on the back burner for now. Meanwhile, we can all take a walk down the memory lane of past holidays...
The views expressed are entirely the reader's own.
Write to us

Soaking the healing properties of a hot stone bath in Bhutan

A once-in-a-lifetime cruise for Malaysian couple 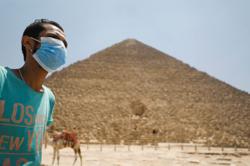 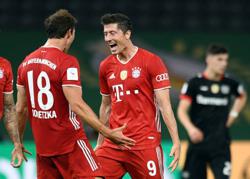