A once-in-a-lifetime cruise for Malaysian couple

In May 2017, my wife and I went on an Alaskan cruise with three other couple friends.

We first flew to Vancouver, Canada, and boarded the cruise ship there, before crossing over to the United States.

The cruise began meandering through what is called the Alaska Inner Passage, a complex labyrinth of fyords and bays. The cruising was smooth and steady; an earlier concern of seasickness quickly disappeared.

The cruise ship made calls at three ports. First was at Ketchikan, a small scenic town with many colourfully painted houses on stilts facing the sea. The town is known for its collection of oldest totem poles in the world, and tribal heritage.

We eagerly joined an offshore excursion to the Totem Bight State Park and Heritage Centre where we got to see many totem poles of the tribes of Tinggit, Haida and Tsimshian and given a brief history of the totem culture.

Later, we were treated to an interesting show where former lumberjacks demonstrated their faultless skill in springboard chopping, buck sawing, axe throwing, log rolling and tree climbing. It was very thrilling and awe-inspiring.

The second port of call was Juneau, the capital of Alaska. Here we took a 60-capacity tramcar that was adorned with traditional Tinggit arts, to Mount Roberts, which was almost 500m high. We had a panoramic view of the many mountains, water passages, islands and downtown Juneau.

Once at the top we were welcomed to the Mountain House, where we watched an 18-minute film called Seeing Daylight. There were impressive displays at Raven Eagle Gifts & Gallery, which included native art, hand-engraved silver jewellery and made-in-Alaska souvenirs. There was also a native artist carving and producing a totem pole right at the store.

Unfortunately, the Juneau Raptor Center was closed that day, which meant that we had missed “meeting” a rare American bald eagle.

Our next port of call was Skagway, a town with fewer than 1,000 residents. For our offshore excursion, we opted for the “White Pass Scenic Railway Ride”, the most popular attraction in Skagway. It used to be a rail line built in the 19th century to ferry gold miners. The fully restored railcars, pulled by vintage diesel locomotives, climbed nearly 1,000m over steep grades and around cliff hanging turns. The rail car driver informed and pointed out key landmarks to us while navigating the train toward the White Pass Summit. The views of mountains, glaciers, gorges, waterfalls, tunnels, trestles and historic sites were simply breathtaking!

The round trip covered 66km and took two-and-a-half hours. We were tired at the end of the tour but did not mind it as it was a once-in-a-lifetime experience.

The next two days the ship cruised at a leisurely pace. There were no more ports of call but this leg of the cruise was actually the most amazing part. This was when snow-capped mountains, tidewater glaciers, valley glaciers, ice blocks and icebergs started coming into view. It was beautiful.

We were all excited and many were seen going from one deck to another to get better views.

Everyone was waiting for the columns of ice to crack and break free into the seawater. Our patience was gainfully rewarded as many instances ice calving occurred. And each time it happened, we would all applaud!

You can’t write about your cruise experience without mentioning the food you ate. There was more than enough for everyone, and served all day long too, buffet style, in spacious restaurants. We managed to book sit-down dinners every evening while on board. We had lobsters, Alaskan crab, steaks, fish and chips and more. They were all sumptuous and mouth watering.

For entertainment on board the ship, we were also spoilt for choice as there were theatres, an open-air cinema, a library, a photo gallery, a card room, a casino, gyms, spas and more. Free ice cream and pizza were also offered, while duty-free shopping galleries were open daily for passengers.

It was truly a trip to remember.

WE may not be able to travel now but would still love to hear what made your previous holidays so special. Your story (experiences, tips, advice) should be 700 to 800 words long in Word or Text format. Please attach at least five photos (1MB, captioned) in a separate e-mail. 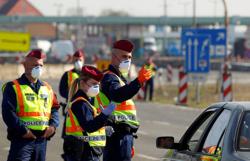 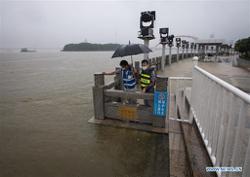