From left: A sleeveless print outfit from the Giorgio Armani men’s Spring/Summer 2022 collection; Armani closed the collection with more sombre silky looks and a handful of models wearing masks and the collection was full of easy-going looks in navy, white and sand for casual get-togethers at the seaside or a garden party. — Photos: AP

Giorgio Armani hinted at his succession plans on Monday, Jun 21, as he staged his first live runway show since the pandemic, and following a fall that landed him in the hospital for two weeks.

The 86-year-old designer has usually demurred from answering questions about the future of his fashion empire, but the issue seems to have pushed to the forefront after a bad fall that fractured his left humerus, requiring 17 stitches and hospitalisation.

With a menswear show to prepare for, he relied on Pantaleo (Leo) Dell’Orco, who joined Armani in 1977 and heads menswear for all of Armani’s collections: Giorgio Armani, Emporio Armani and Armani Exchange.

“With time, he has become more mature, and stubborn,’’ Armani quipped. 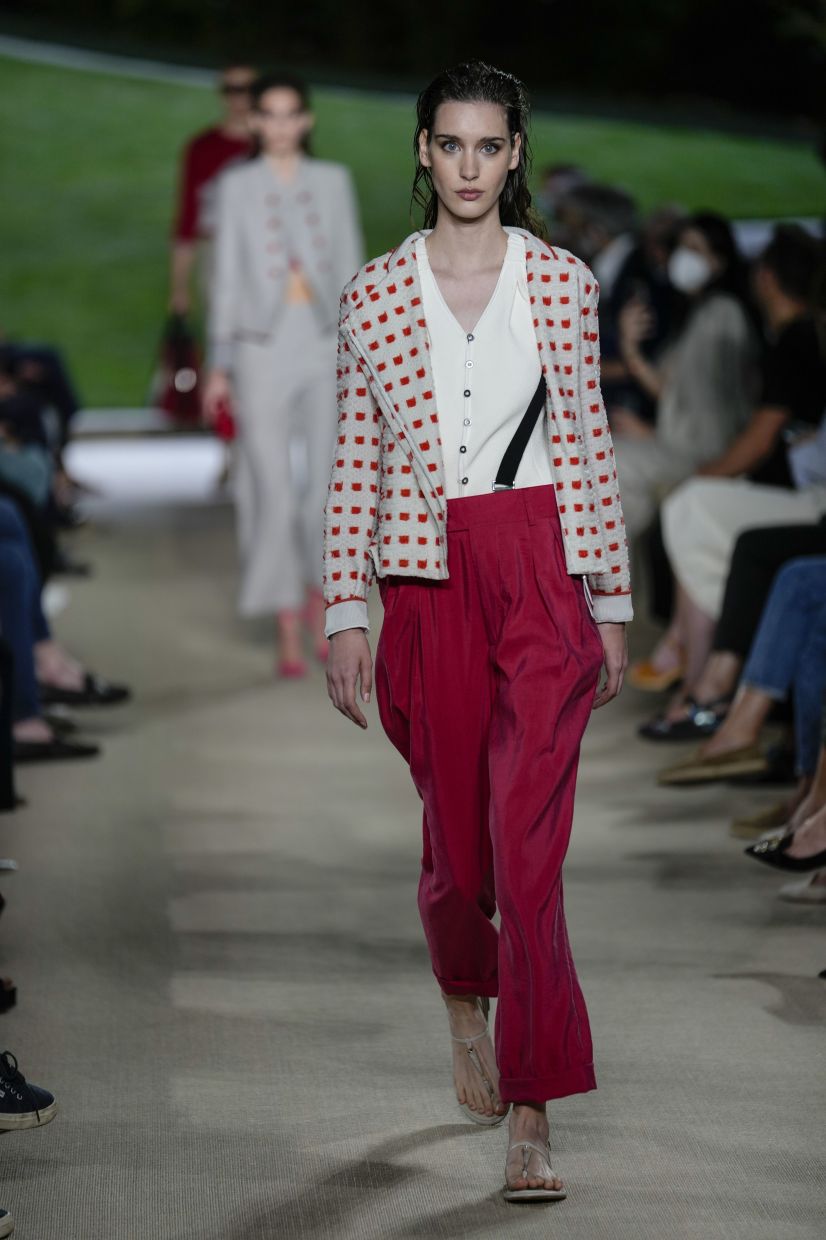 A model in a pop of red as part of the Giorgio Armani Spring/Summer 2022 collection.

Citing Dell’Orco and his niece Silvana Armani, who fills the same roles for womenswear, Armani said, “I am preparing my future with the people around me,’’ he said.

Armani took his bow at the end of the show on the arm of Dell’Orco, who helped him down the stairs to the runway.

“If I am a little uncertain, this is why,’’ he said backstage, showing off a long scar on his left arm.

Armani said he had been eager to go to the movies after winter restrictions and went to the cinema when they were lifted some 20 days ago. Coming out of the theatre, two people were sitting on the stairs blocking his passage, and Armani’s bodyguards didn’t manage to stop him in time.

Nonetheless, he managed to help prepare for the menswear show as well as an Armani Prive couture collection, which was shown in Paris in late June.

This was Armani’s first live show since Italy became the first country in the West to detect local transmission of the virus in February 2020. And those 15 months ago, he was the first designer to close his theatre to an audience during the Milan Fashion Week of womenswear previews that was under way when the first case was disclosed just an hour from Milan.

“Digital is necessary,’’ Armani said, especially to reach people who still cannot travel to the shows and to promote the collection. “But it doesn’t take the place of a real runway show, seeing the textiles and how the models move.”

Armani titled his Spring/Summer 2022 collection “Back to where it started,” a homage to his original atelier and garden where the show took place – and where he lives upstairs.

The collection was full of easy-going looks in navy, white and sand for casual get-togethers at the seaside or a garden party.

Navy blazers were paired with loose white trousers and shirts with baseball collars; or conversely a white bomber in technical fabric gave a sporty flair to navy pants. 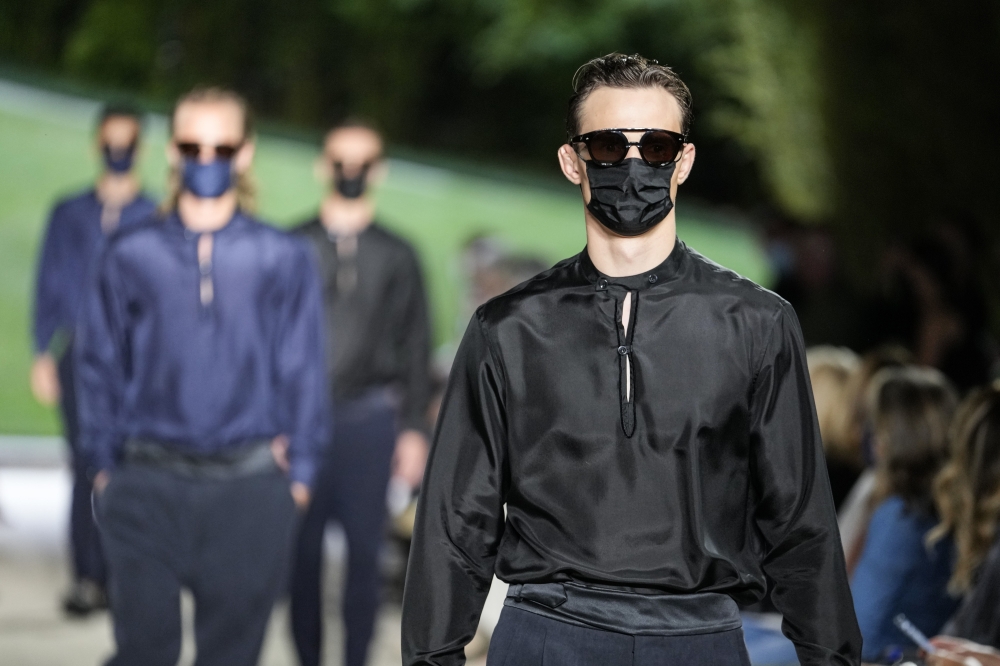 Armani closed the collection with more sombre silky looks and a handful of models wearing masks.

A flash of fuchsia on a men’s shirt beneath an electric blue Bermuda short suit won a round of applause. Collarless linen shirts in a sandy shade were set off by red stripe accents, and worn with sea-green or fuchsia Bermuda shorts. Rounded collars peeked out of cardigans, while footwear was mostly casual loafers or slip-on sneakers.

Armani closed the collection with more sombre silky looks, and a handful of models wearing masks. These were no casual addition.

“It means be careful. I don’t think this is over,” he said. “Don’t get excited and say, ‘It’s over,’ because it just takes a little bit to plunge into the abyss.” – AP

Apply Zalora Discount Code to save on your luxury brand purchases

Icon of workwear, overalls are making a comeback on the fashion scene
Will Viva Magenta, Pantone's 'Colour Of The Year 2023', shape fashion trends?
Not just for getting a youthful-looking face, botox is being used on the feet...
This pair of Malaysian-designed sneakers is inspired by teh tarik
What is chebula and how is this ingredient becoming a skincare favourite?
Fashion's footie fever! Famous footballers are big stars of brands
Home to a new fashion library, Oslo could be the world's next style capital
Elizabeth Taylor's 'lucky charm' Oscar dress found, now up for auction
Need inspiration for your upcoming party outfits? Look to red carpet fashion
Fashion works by Italian photo master Gian Paolo Barbieri go on exhibit in Milan