The damage caused by Idai in Mozambique has had long-term effects, with many farmers having lost their harvest. Photos: Gioia Forster/dpa

The night when her husband died in the floodwaters has been etched into her memory, says Malita Tembo.

The members of the family were torn out of their sleep when the wall of their clay hut in the village of Nyachikadza, in southern Malawi, caved in.

They were pelted by rain from a storm, which was later given the name Idai, and which United Nations secretary-general Antonio Guterres called "one of the worst weather-related catastrophes in the history of Africa".

It only took a couple of hours in March 2019 for Idai to destroy the village and large areas in Malawi, Mozambique and Zimbabwe.

Bringing extreme rains and wind gusts of up to 195km/h, the World Bank estimated it wreaked damages of US$2bil (RM8.5bil). More than three million people were affected; over 1,000 died.

"It was a night full of screams, as one house fell after the other," says Tembo through tears.

The government eventually set her up with a tent, a parcel of land, two sacks of grain and fertiliser, but that wasn't enough to restart. Now the 27-year-old mother of two small children fights for survival every day.

"We are now struggling to eke out a living," she says. A boy wades through the flood to his house after hurricane Idai struck. Photo: Kate Bartlett/dpa

Five of the 10 countries most affected by climate change are in Africa, according to the environmental organisation Germanwatch. Mozambique, in the continent's south, is the worst affected worldwide, followed by neighbouring Zimbabwe.

Malawi, to Mozambique's south, as well as Niger, in the west, and South Sudan, on the Horn of Africa, are also in the top 10.

The impact of climate change is particularly fatal for poor countries, since their governments lack the means to either prepare for catastrophes or to launch rebuilding projects. It's not uncommon for whole regions to lie in ruins for many months, if not years.

When that happens, key infrastructure like water and power supplies are disrupted. Diseases spread and ruined crops mean a cycle of hunger.

That's what happened to Francisco Joao Amade, who lost everything he owned when Idai struck his home in Macomia District, in northern Mozambique. A few weeks later, Cyclone Kenneth followed, literally ripping the roof off his house.

Packing wind speeds of 200km/h and flood surges 2.5m high, it also brought destruction to Tanzania and the Comoros.

Since then, Amade has been living with his wife, three children and multiple relatives in a narrow room in a small hut that he set up out of wreckage. A smallholder, he has replanted some banana stands and sugar cane, but only earns enough to get a few sacks of rice, some oil and soap for his family.

According to the World Meteorological Organization, about 118 million people will experience drought, flooding and extreme heat in Africa through 2030. A temporary tent camp near the city of Beira. Some people were already resettled in this tent camp about a year before cyclone Idai hit, due to flooding in their area.

The continent is heating up faster and worse than the global average, even though the 54 countries there put out less than 4% of all greenhouse gases globally.

The combination of climate change and the coronavirus pandemic has already brought Malawi to its knees, warned President Lazarus Chakwera.

"For us in Malawi, it means urgent investments in climate change adaptation," he told state TV broadcaster MBC. He is hoping for help from the West to finance these projects.

Things aren't much better in Zimbabwe, which is also dealing with years of financial crisis.

"If climate change continues at its current rate, thousands of Zimbabweans will lose their jobs, homes or even their lives," tweeted President Emmerson Mngangagwa recently.

After Idai, the country was also hit by cyclones Eloise and Chalane. Many Zimbabweans have had to run for their life multiple times.

Enita Mauraye knows the problems. Living in the small eastern Zimbabwean city of Chimanimani, she has been living in a Red Cross tent city for two years now.

Her five-year-old daughter disappeared in the floods Idai brought. Instead of going to school, her three surviving sons try to help her support the family by doing odd jobs.

The government promised to build new homes, but that's nothing more than a promise, she says. Mauraye has given up hope of a better life.

To the north, Niger suffers alternating floods and drought. More than 210,000 people were affected a few weeks ago when the Niger River burst its banks. Half of them were children.

Abdou Aziz Soumana, a farmer who lives in Kiskisoye, near the capital, Niamey, lost his entire rice crop.

"We have no idea how we're supposed to survive," says the 54-year-old father of eight with desperation. The changes in the weather have been catastrophic, with harvests getting worse every year, he says.

"We didn't believe in climate change for a long time, but now we think that it really does exist." – dpa

After the flood: Germany winegrowers struggle with a difficult harvest 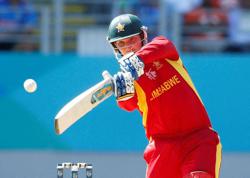