The Covid pandemic has forced us to face situations and emotions none of us were prepared for.

Dr Anthonysamy Savarinathan was my brother-in-law. He was my sister Sunthari’s husband's elder brother. A good man, he was widely respected and loved in the community, among his friends and patients, for his gentle and polite mannerisms, caring ways and many acts of charity. He had a ready smile for everyone and many a patient who could not afford his fees was treated for free. He also provided free service to the Myanmarese Chin community and other migrant communities.

Around May 20, Dr Anthony rang me to say he had just been tested positive for Covid. As a frontliner, though he had taken the usual precautions, Anthony had most likely contracted the virus from one of the many patients he had been screening. He said he was feeling well.

About a week earlier, he had experienced mild flu-like symptoms but most had abated. My first response was for him to quarantine himself at home. He reminded me that though he was very fit, he was 74 years of age and had diabetes and hypertension. That got alarm bells ringing so I advised him to go to the nearest hospital for tests. This he did the next morning and then rang me to say that though he was still feeling well, the blood results were not normal and that his chest X-ray was causing his physician to be worried. He needed hospitalisation.

Then came the next big fear caused by this pandemic – three major hospitals that we contacted were full and had no beds to receive him. I then rang Professor Adeeba Kamarulzaman at the University of Malaya Medical Centre. She was deeply concerned and over the next three hours managed to find a bed in UMMC for Dr Anthony. Treatment was immediately started, and family members and I were able to talk to him over the phone. He sounded normal.

Because of the nature of the illness (its infectivity and dire complications), family and friends were not allowed to visit Covid patients in hospital to provide them with emotional support and comfort. This then is another fear of contracting the disease – besides the medical personnel who are treating you, there is no other human contact. Even the doctors and nurses who are treating Covid patients have to be fully clothed in personal protective gowns and practise minimal contact – so, the human touch that is so vital especially in healing critically ill patients, cannot be given.

Though there was initial stability, as the days progressed, Dr Anthony’s oxygen levels kept dropping. His symptoms were not commensurate with the results of tests. Though he reported only feeling mildly breathless, his oxygen levels were worryingly low – the effects of Covid on his lungs.

So, around May 26, the medical team advised that he be electively ventilated – a tube to be put into his upper airways for a ventilator to pump oxygen into his lungs. Family and friends were worried.

As a doctor, Anthony was aware of this. The intensivist who was caring for him wrote: “Dr Anthony was one of our best patients in ICU, always pleasant and cooperative and would still try to smile even though he was getting more and more breathless.“

The evening before he was ventilated, Dr Anthony rang his immediate family and told them to be strong and that he loved them very much. He also sent messages to his brothers, sisters and cousins, thanking them for the happy relationships that they had enjoyed over the years.

Though Anthony’s condition initially stabilised, his response to treatment took a rollercoaster ride and he died at 8pm on May 29.

Family, friends and patients were shocked and very saddened by his passing. The question that has been asked but will never be answered: “Why should a good, selfless man like this die under such tragic circumstances?”

Patricia Pereira of the Archdiocese of Kuala Lumpur wrote: “Datuk Dr Anthonysamy has been a pillar of strength and a beacon for the Catholic Doctors Association of Malaysia, and an exemplary medical professional through his selfless dedication and service...”

Dr Anthony’s passing reminds us yet again that life is fragile, short and unpredictable. At the end of the day, what is important is your contribution to make this world a better place for your fellow men. In this, Dr Anthony was exemplary:

He died serving his fellow men. His passing is also a lesson to all of us that Covid spares no one and that we should take every precaution to avoid contracting the disease. 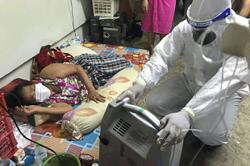 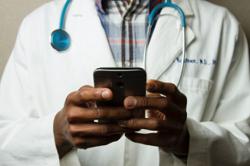