“EH, ATM. Can I withdraw money?” a 30-something man asked a medical frontliner dressed in full personal protective equipment (PPE).

It was such a facepalm moment for some of us at the Malaysia Agro Exposition Park Serdang (MAEPS), which is being used as a Covid-19 Quarantine and Low Risk Treatment Centre.

The ATM came about because of the name “Sjn Jebat ATM” written on his PPE suit, a military sergeant with the Angkatan Tentera Malaysia (ATM) or the Malaysian Armed Forces.

Sjn Jebat, who was clearly fatigued from his eyes, played along and told the man: “Boleh boleh, bagi kad debit you (Sure, just give me your debit card)”. And we burst into laughter. Happiness was that simple.

Being there for nine days, the positivity exuded by the frontliners nursing us back to health was commendable, considering how overworked they were.

There are about 20 nurses at any one time and these heroes have to look after more than 900 patients.

I was one of the 900 quarantined in Hall C at MAEPS last month after testing positive on April 19.

A typical day at the quarantine centre starts at 8am when recovered patients were discharged with Sudirman’s classic Balik Kampung blasting in the background.

For all of us quarantined at MAEPS, our hope was just that – to walk out of the hall healthy and go home after a two-week battle against the virus. This is not the same for the medical frontliners – their battle never seems to end with new patients checking in every single day.

Sjn Jebat, who is part of the medical team in MAEPS, has not been home to see his parents for two years. For the stout military man, that simple wish was all that he prayed for.

Every morning until about 4pm, the echo of announcements resonated across the hall as nurses called for patients to get their vital signs checked, blood tests and doctor’s consultations.

These caring nurses would nag the patients if their blood pressure readings were high. Most of these patients had spent their time at MAEPS just playing games and not sleeping at night.

Meals are distributed at 8am, noon and 6pm daily. After dinner, there would be another round of checking vital signs.

The quarantine centre at MAEPS housed a cheerful community, with people having their “teh tarik chit chat” session at one corner and mobile gamers at the other.

There was also a crowd at the two ping pong tables, playing and cheering while another group gathered in front of a TV to watch an action movie.

For me, I kept myself occupied with Benjamin Graham’s classic The Intelligent Investor and documentaries on Netflix.

The hall was cold, even freezing cold at times, with air conditioning switched on 24/7.

Though it was quite a comfortable and clean place, I found the pillows rather off-putting. Most of them were yellowish-stained and greyish, which could be due to sweat or drool so naturally, I avoided using any of them.

As for the toilets, let’s just say it met the minimum standard of cleanliness. There were cobwebs and on several occasions, cockroaches were hanging out. The good thing? I was incapable of detecting any odour from the urinals until I started to regain my sense of smell.

With only six toilets having about three to four cubicles each to cater for more than 900 of us, there was a queue to go to the toilet almost every time.

Many would complain about the food but since most of us lost our sense of taste and smell, it didn’t really matter to me as I was only able to taste sweet, salty, sour and bitter. Forget about tasting the umami or essence of the food.

For example, I couldn’t tell the difference between a butter cake or a chocolate cake. Both tasted the same to me, which was just sweet.

Curry chicken tasted like a salty gravy. I couldn’t taste the curry nor the chicken.

I was also unable to smell the soap and shampoo that I used.

It was a weird feeling but a good one to have, at least for me. My inability to taste affected my appetite so I only finished half of my food at every meal.

I also cut myself off sugary drinks although there were vending machines available. I drank only pu-erh tea and green tea that I brought.

These led to me losing 9kg throughout my stay in MAEPS, which was satisfying.

Looking back, I guess I was lucky that my Covid-19 infection was rather a mild one. It felt like a normal fever and a common flu. The symptoms only lasted five days while I fully regained my sense of taste and smell on the 14th day.

To those of you who may unfortunately contract Covid-19, stay calm, stay positive and don’t panic. Just give your body some time to reset and heal.

You will be in good hands at the quarantine centre.

But let’s not be selfish. These staff are overstretched and they have sacrificed more than enough for the nation.

Let us play our role, follow the SOP strictly and make sure those around you do so, too.

Keep up the good fight and let us do our part from out here.

It was a privilege to be under the care of the superhuman nurses and doctors who were professional, selfless and warm at MAEPS.

The medical team worked round the clock. And they would prepare discharge letters and admission of new patients, working up to at least 1am to 2am.

Even after that, the doctors and nurses were seen evaluating medical reports until the wee hours. That is the reason why lights at the front half of the hall are never turned off.

The only time I saw them taking a break was from 4pm to 5pm and 4am to 5am. They are truly the superheroes we don’t deserve.

To the medical frontliners at MAEPS, a huge thank you for nursing me back to health. 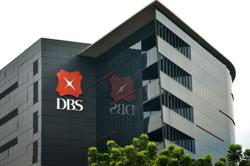