Heart and Soul: Growing up with my brother

My brother Abdul Aziz was born on May 20,1947, and was a year older than me. We were both born in Kampar, Perak, after the war.

A couple of months after he was born, father was involved in a shooting incident but escaped unhurt. Many attributed father's good luck to the birth of his son.


He was affectionately nicknamed Tan, a name that was never forgotten, even after he grew out of it, by those who had loved him as a kid. I have no clue as to its origin (perhaps he often uttered "tan, tan, tan" as a toddler). It was always amusing that those who remembered, continued to call us by our nicknames even when we were no longer children. Such are the bonds of endearment.

I can't recall much of our early childhood except from photos of us as toddlers. He was the cuter-looking one in the pictures.

Aziz was bright and intelligent. While in Wellesley Primary School Penang, he got a double promotion. He also joined the Scout movement in school and wore his uniform proudly.

He was an avid reader, particularly of Western (cowboy) novels by Zane Grey and Louis L'Amour, and the Perry Mason series by Erle Stanley Gardner. He had a big collection of books. I did not share his interest in novels although I admired the book covers, especially the cowboy versions. We, however, had similar interests in movies and comics ; we were both fans of The Phantom.

He maintained records of all the movies that he had seen and rated them from his point of view, providing commentaries to justify his impressions. He also had a collection of song books with the lyrics written in his own neat handwriting. His friends would call to request for the lyrics. When Hindustani movies began to get popular with the masses, he became a hardcore fan of Dev Anand, and sparks would fly whenever we said Elvis was better looking. I wondered if he thought that he had a resemblance to his idol. 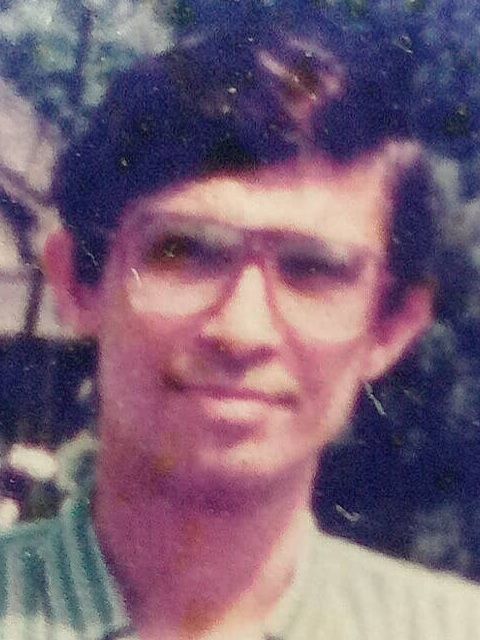 While I struggled through primary and secondary school, Aziz sailed through it with flying colours. Father would have preferred Aziz to pursue studies in the science stream so he could take up medical studies, but he was adamant on non-science subjects. He completed his Senior Cambridge and Higher School Certificate in Kuala Lumpur at Victoria Institution during its heyday when its reputation demanded that only the cream of the crop were enrolled. Aziz then went on to pursue his Bachelor of Economics Degree in the University of Malaya, graduating with Upper Honours in 1970.

With his good academic achievement, he was quickly employed as an executive with Guthrie, a reputable British plantation company.

To establish his hotshot image, he surprised everyone when he got his first car: a small two-seater sports car, the MG Midget – never mind that he was almost 6-foot tall! But the car provided Aziz with bundles of fun... and girls.

He moved on, pursuing a professional qualification from the Institute of Charted Secretaries & Administrators and held top positions, at a relatively young age, in the insurance industry, specialising in general insurance at companies like QBE, Universal Life & General Insurance, and finally General Accident.

With each new job and accompanying perks came a big company car as well. I was still riding a hand-me-down scooter, a Lambretta, during that time. He had gone far, quickly in his career and I was still trying to find a place in this world.

Penang tops the list of unforgettable memories with Aziz because that's where the family headed for our holidays, all of us squeezed into one car and fighting for the window seats. The thrills we had during the ferry crossings, running down the slopes of the Botanical Gardens imitating airplanes and frolicking in its clear streams, visits to the Gurney Drive promenade and the beaches of Batu Ferringhi, will remain etched in my memory forever.


The cherry on the cake while in Penang was staying with friends at the Police HQ. Its strategic location in the centre of George Town enabled us to just get out and explore the surroundings. Our favourite haunt was the Cathay Theatre across the road. For a few cents, we would watch the matinee. Whenever there was a midnight show, Aziz would collect money from us to purchase the tickets. We would all wait for the elders to go to sleep before sneaking out of the house.

Being older, Aziz had a knack of getting us to run all his errands, including sending messages to his admiring damsels in waiting. Maybe it was this irritating habit that often got us squabbling and exchanging blows; once the fight got so bad that all my sisters started crying.

We shared the same room for many years and had great times with relatives and friends who stayed overnight. I, however, had better chemistry with my eldest brother since Aziz was very attached to his friends so our interactions were considerably reduced.

With the introduction of TV into our lives in the 60s, we were entertained to all the great black and white programmes, including The Baron, Man In The Suitcase, Danger Man and the unforgettable westerns, with The High Chaparral topping the list. How we laughed till we cried during the hilarious The Jack Benny Show.

When it came to music, Aziz listened to pop and what was on top of the charts, including Dr Hook & the Medicine Show, Kenny Rogers and the First Edition, and Olivia Newton-John.

Aziz had no interest in physical fitness activities with his brothers. But, after he graduated, he was active in the Hash House Harriers with his friends.

Things began to take a drastic turn in my brother's life in the late 1980s. He was hooked to a working social lifestyle that eventually began to take a toll on his health, work and relationships. His world started to crumble, from which he was never able to recover. He was unable to fight the demons within him and found no reason to move forward. We tried to help him and to give him hope. Mother's love, patience and tender loving care kept him going.

He was not flexible, unable to change his ways and not able to make adjustments.

When he hit rock bottom, his friends and those he loved abandoned him. Still he hung on to life, a shadow of his former self. His health deteriorated over the years. Finally, on April 23, during the blessed month of Ramadan and on a Friday, my beloved brother passed away.