There has been a fair share of political twists in the country, with new turns emerging ever so often. Drawing on his observations of the daily news and drama, mixed media artist Syukur Rani has put together a new body of work that combines social comment, with his thoughts on the struggles of daily survival.

We Need No Superheroes, his current show at Suma Orientalis in Petaling Jaya, is his first solo exhibition.

The exhibition was supposed to be held earlier, but was postponed due to the pandemic-related restrictions and partial lockdown here.

While the pandemic had little bearing on these works, it did give Syukur more time to contemplate and focus on the creative output.

The result is a series of seven colourful oil paintings, each with its own story to tell.

“What transpired in the past year calls for a reflection on the relationship between people and those in authority. While some surmise that democracy has failed us, to me, the question is, is it the politics which failed us, or the politicians who did?" asks Syukur in a recent interview.

"While there is a general sense of people waiting for a leader to emerge to rescue us from this political turmoil, have we forgotten that the power is still in our hands? How much can people expect or anticipate from any political leader, and should we be so forgiving if they fail us?” he adds.

Prior to this exhibition, the 27-year-old fine art graduate from Universiti Teknologi Mara (UiTM) in Selangor has participated in numerous group exhibitions, including Furiends at G13 Gallery (2020), and Yang Bukan Bukan at Hom Art Trans (2019). 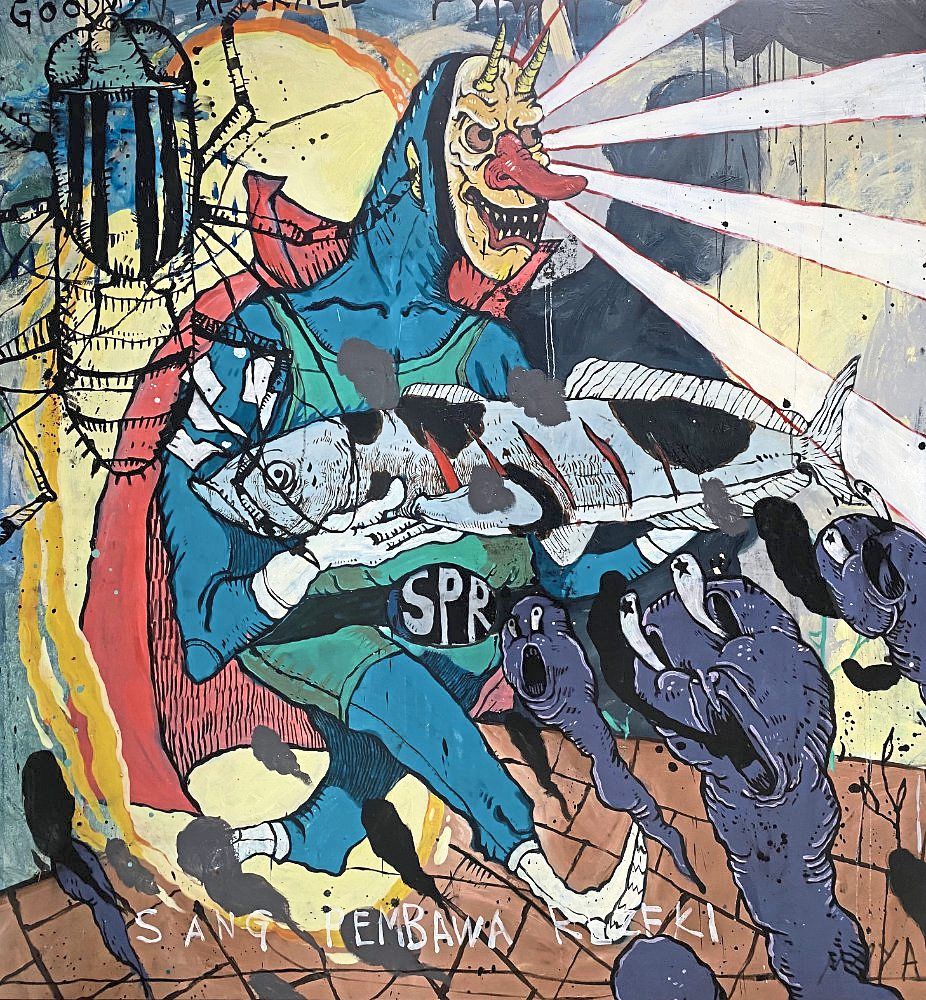 His new artworks in We Need No Superheroes are busy, lively pieces that feature unlikely-looking heroes as its central figure. There’s no typical Prince Charming here, nor cloaked crusader to save the day.

After all, there is a bit of a superhero in everyone who navigates the complexities of life and assumes responsibility for their role in society.

“Could the man on the street be considered as a superhero as he is fighting some kind of battle in life unknown to us? And are we not our own superheroes in our unique ways?” says Syukur.

Not surprisingly, he relates how he was fascinated with superhero cartoons and comics as a child.

“The righteous and courageous images of superheroes have been guiding me in my search for what is worthy in life. The superheroes are often portrayed as the saviours of mankind, and they are usually good-looking, fit and having a bright disposition; while the villains are depicted as obscene, obnoxious and obscure, ” he says. But he concurs that real life is seldom as black and white as portrayed in the stories he adored.

Is that an evil glint you see in the eye of the man with the chiselled megawatt smile? What would you do if the beggar in tattered clothes reveals a secret that would change the world?

“Just like any human being, the superheroes must have their dark sides, while the villains may also have sober reasons beneath their behaviour. I believe that the world is not constructed in such a bilateral framework. Therefore in these series of works, the protagonist in each work does not have the usual look of a superhero, ” he adds.

These works at We Need No Superheroes invite the viewers to rethink the idea of “superheroes”. Are there 100% perfectly righteous superheroes? Do we - or should we - wait for them to extricate us from our predicament, or do we channel our inner superhero and save the day?

We Need No Superheroes is on Suma Orientalis gallery in Petaling Jaya till April 24. Open by appointment only (Tuesday to Saturday, 11am to 7pm). More info here. Call 012-413 9246.

We Need No Superheroes 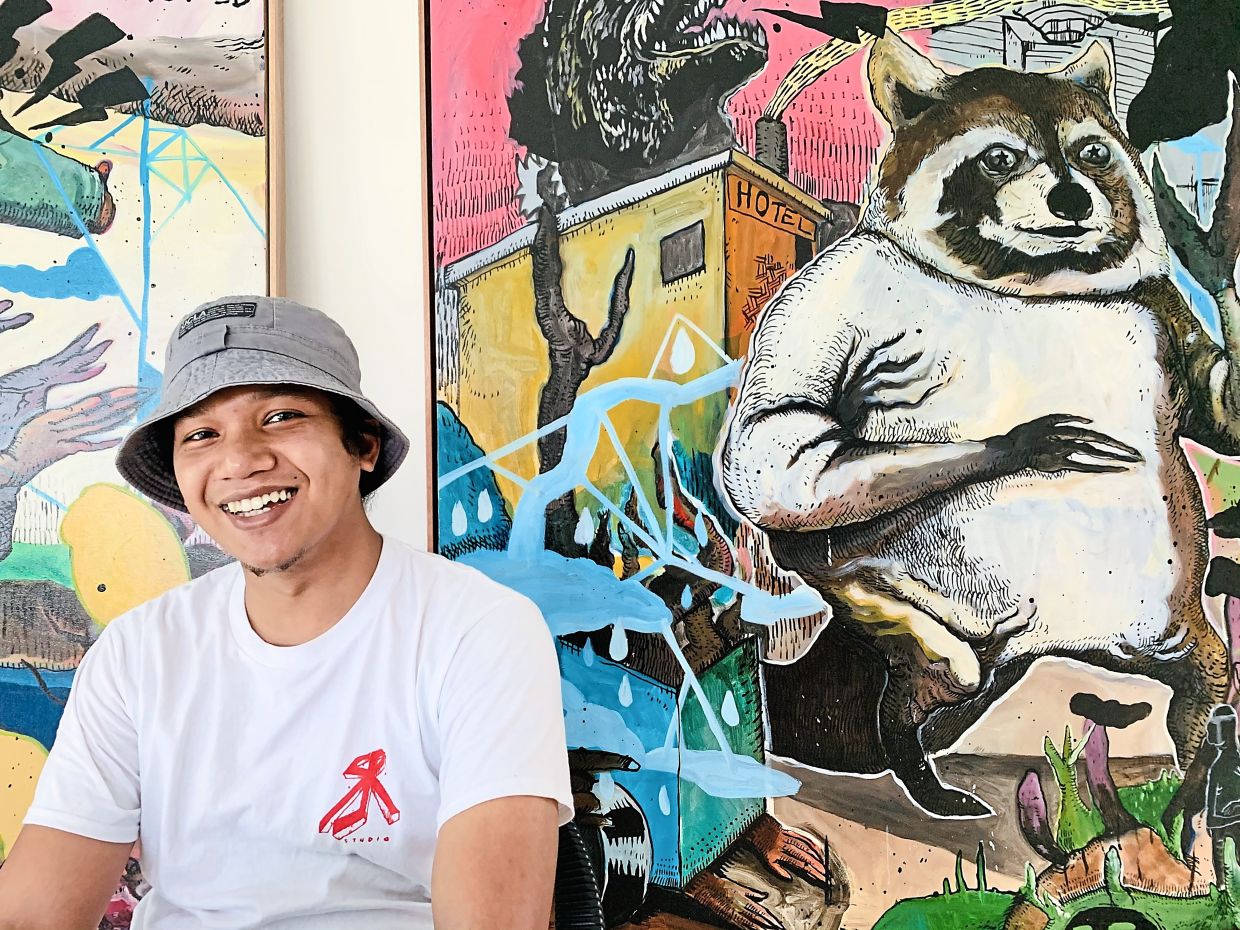 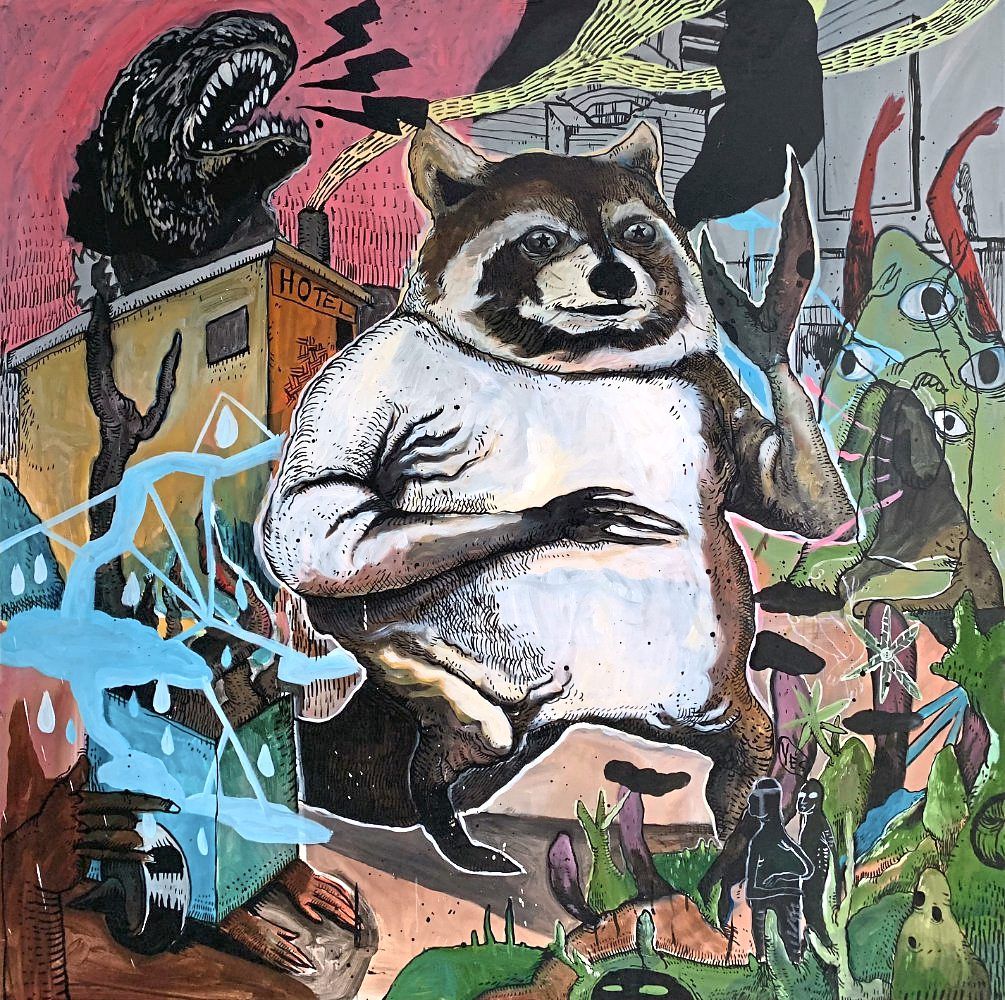 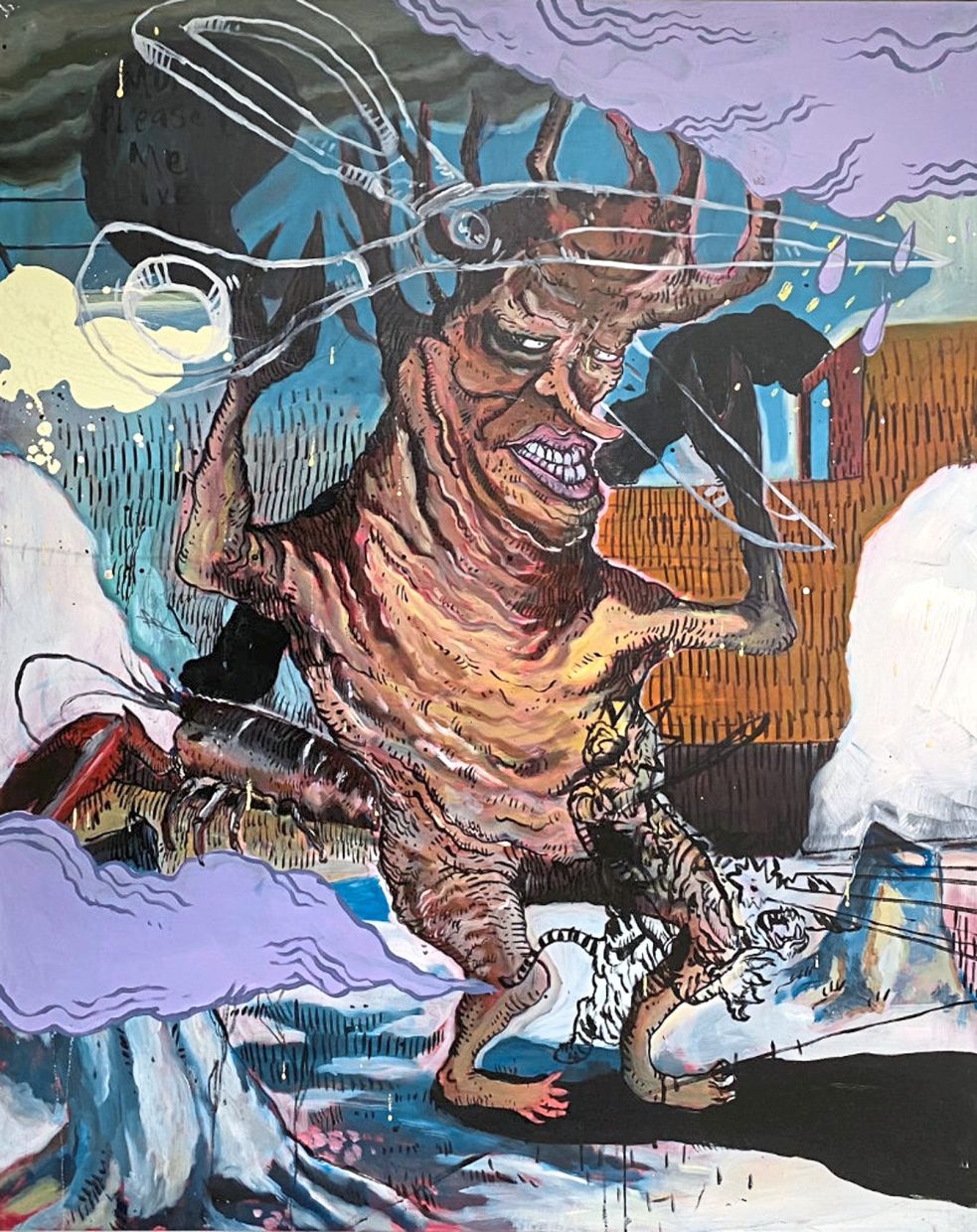