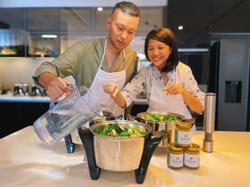 When asked what his favourite food is in Malaysia, Canadian YouTuber Trevor James says it’s durian or sambal petai because it’s just too difficult to choose just one.

James, 32, moved to Malaysia last year with his wife Xie Chuiting, also 32, whom he met while travelling in Turkey.

For the last six years, the avid foodie has been globetrotting to document all kinds of street food for his YouTube channel, The Food Ranger.

“Food is something that brings everyone together, and my goal is to feature friendly people around the world through food,” explains James.

The husband-and-wife team has been producing videos since 2016.

“She shoots, and I eat and edit,” James reveals. 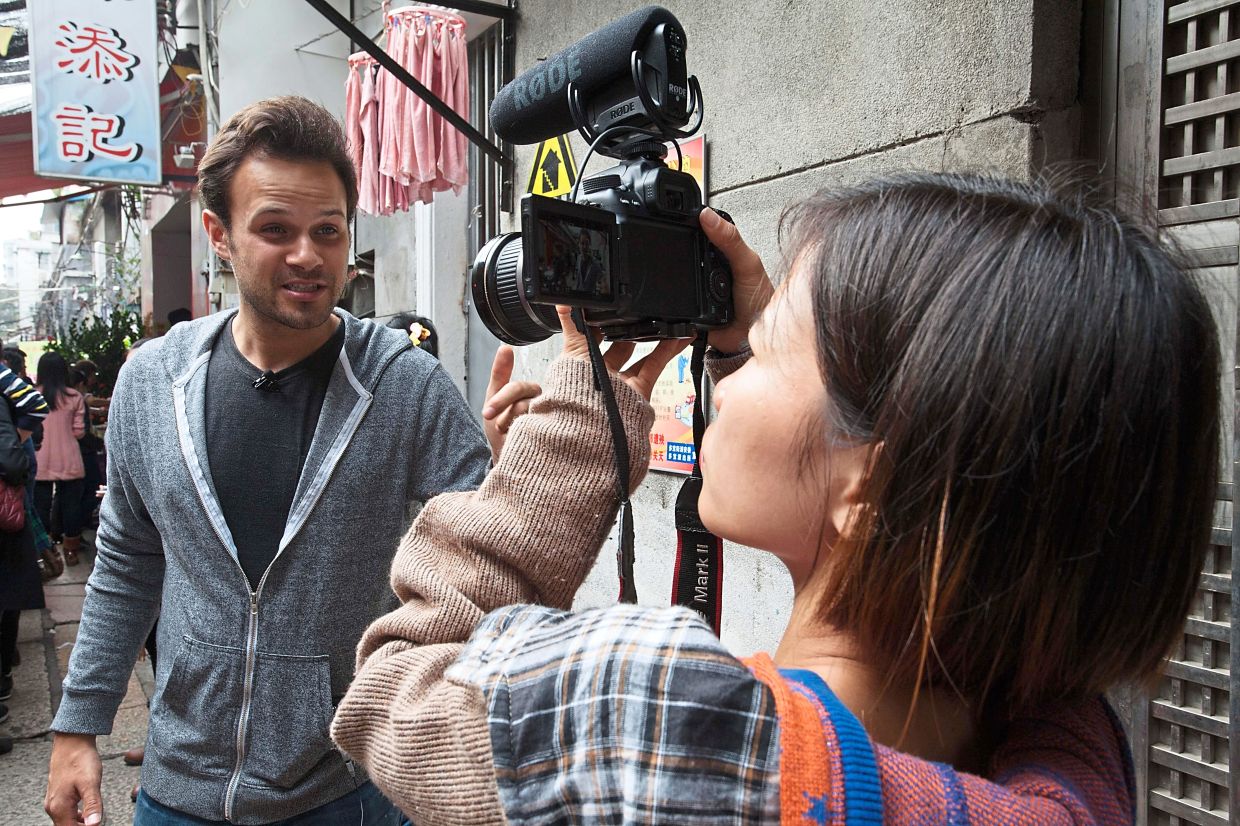 James and his wife Xie filming in Guangzhou, China, in 2017.

“I like it that way because we can build a more personal relationship with our audience, vendors and the locals that we meet along the way. It also gives us more flexibility to decide impromptu what we’d like to do next.”

James first visited Malaysia in 2006 and immediately fell in love with the food.

“I remember tasting nasi lemak and beef rendang and absolutely loving it here. The people are so friendly and I love how there’s a real mix of cultures and cuisines,” he enthuses.

“Malaysia has the most amazing food that I’ve ever tried! It’s the perfect mix of Malay, Chinese and Indian food – so much flavour!” he adds.

For James, to be able to eat durian every day, explore new places and taste local delights like laksa and rendang is his idea of a happy life.

“Durian is the most heavenly food in the world!” he exclaims. “It’s like an extra flavour that doesn’t exist anywhere else.”

While he loves dishes using durian such as tempoyak (a condiment made from fermented durian), he says that nothing beats the taste of the durian itself, with the durian kampung being his favourite.

“Each one is like opening a present – you won’t know what flavour you’re going to get! No two are alike and that’s more enjoyable than luxurious types such as the musang king,” he opines.

Other than Malaysian food, James also loves regional food in China, having lived there for five years previously.

Among the “weirdest” foods he has tried so far are live coconut worms in Vietnam, whole camel in Dubai, and “torpedo soup” (which contains bull penis) in Penang.

“The coconut worms were wriggling in a spicy fish sauce and they explode in your mouth when you eat them, so that was definitely unique!” he laughs. James trying 'torpedo soup' for the first time at Sup Hameed in Penang in 2016.

While it’s rare for him to say no to food, James declares that he won’t eat anything that is endangered or a common household pet.

James’ passion for food and food videos started in 2006 after high school in Canada.

“I went backpacking for four months with a friend, travelling from Singapore to Beijing overland. That’s when I fell in love with travelling and trying new foods,” he says.

When he was in university in Vancouver, Canada in 2008, he says that all he wanted to do was graduate so that he could see the world again.

He also dreamt of starting a YouTube channel and eventually came up with The Food Ranger brand with his father.

After graduating in 2014, he moved to Chengdu, China, so that he could “eat spicy Sichuan food every day and film street food videos”.

“I enrolled at a university in Chengdu to study Mandarin and international trade, my backup plan if YouTubing failed,” he reveals.

But it was a huge success – the Food Ranger has over four million subscribers today.

“I was just doing what I love,” he admits. “All I knew was that I would be making videos for life.”

James reveals that out of the 300 videos he has done, his favourite is one was shot in Peshawar, Pakistan.

“Peshawar is an ancient market town and it felt like stepping back in time. Scenes we captured felt like they were from a movie.

“We tried so much unique food and the people were so friendly. The street stalls and restaurants wouldn’t even accept our money, saying that we were guests in their country,” he reminisces.

The gregarious vlogger reveals that before the pandemic, he and his wife travelled over 250 days in a year for shoots. 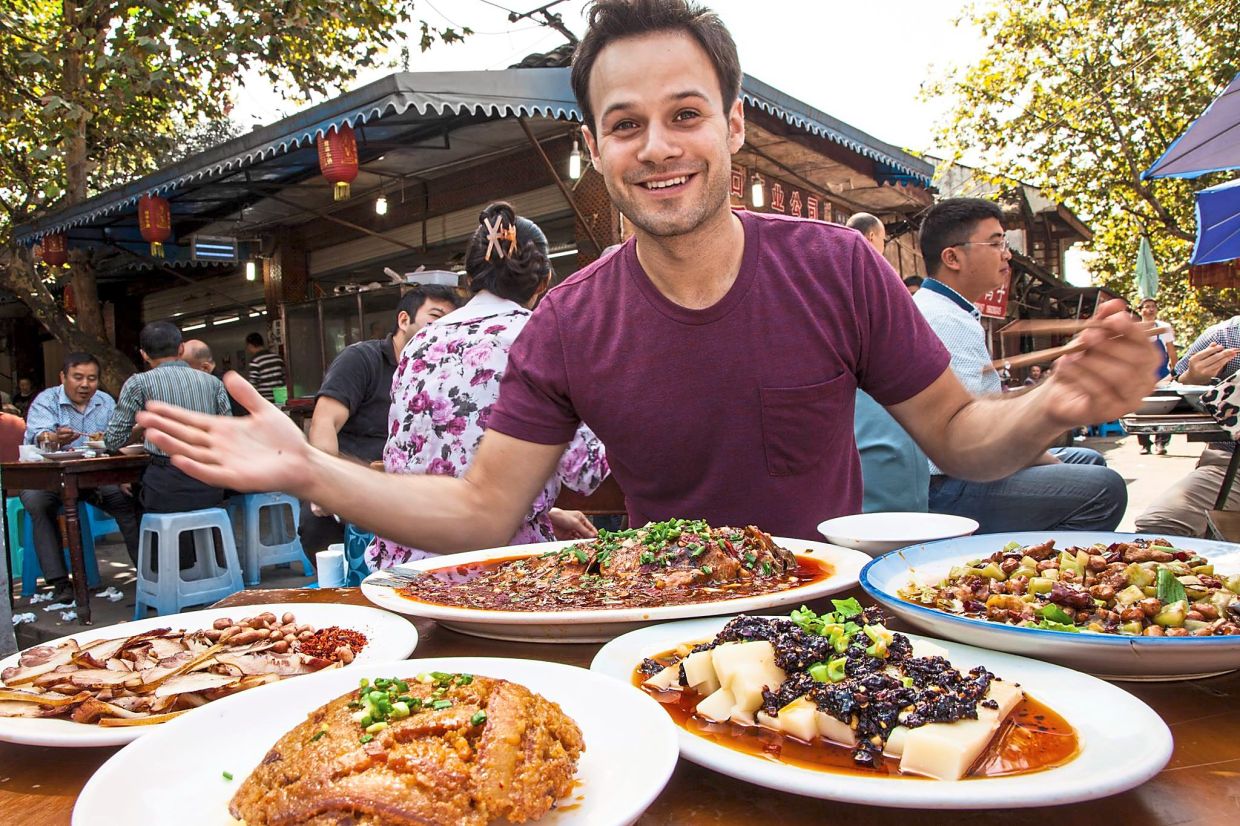 But since they moved to Malaysia, and because of the pandemic, life has taken on a slower pace.

“But I enjoy it. It’s nice to have a home base and settle down in one location,” he says.

Getting through the movement control order (MCO) was all about home cooking for them, although James admits he was craving for street food.

“After two months, I really missed curry so we ordered curry mee online and it was the best thing in the world!” he laughs.

Since the recovery MCO, he has slowly started going out to source for video materials.

James says that the secret to his success as a YouTuber is staying positive, always smiling and never giving up. And of course, coming up with new and fun ideas on a weekly basis.

“To me, street food is the most authentic and delicious local food there is. It’s humble and the best way to visit a new destination – not only do you get the best flavours, you meet friendly locals too,” he says.

James always makes it a point to chat with the locals to get to know a destination better.

“That’s what I love about Malaysia – Malaysians are very proud of their street food and the street food culture is very strong here.

“There are many hawker stalls and small businesses that have been around for generations.”

Although he has travelled to many parts of the world, James declares that he’s far from being done. 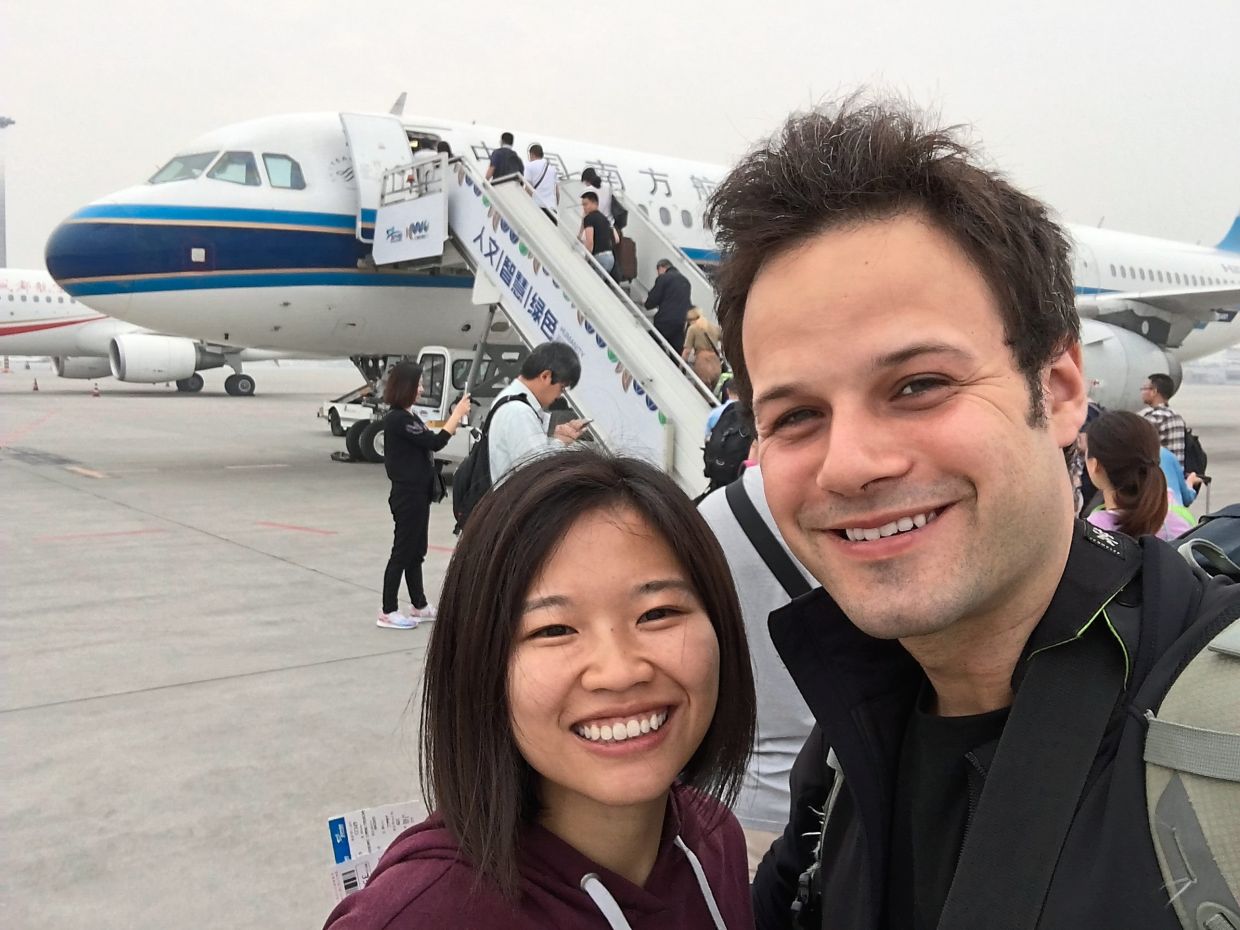 James (right) with his wife Xie on their way back from Turkey to China in July 2015.

“I’ve a nice big map in my living room and I love looking at it.

“After researching and deciding whether videos we make there would be exciting, we decide whether to go,” says James, who has just gotten his Malaysian driving licence and is planning to get a car and start doing local road trips.

His dream is to visit every country in the world, which he says will take another 10 to 15 years.

“Once it’s safe to do so, we hope to move forward with that,” he concludes. 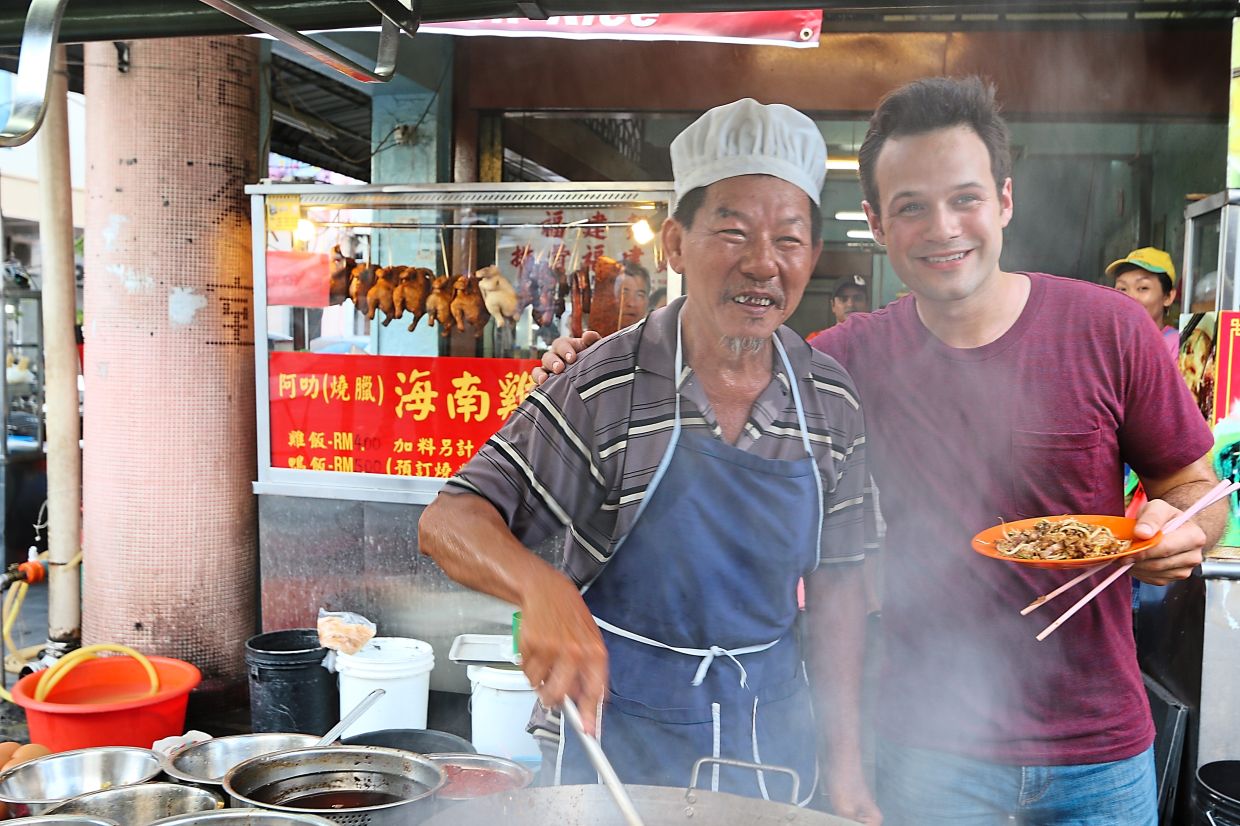 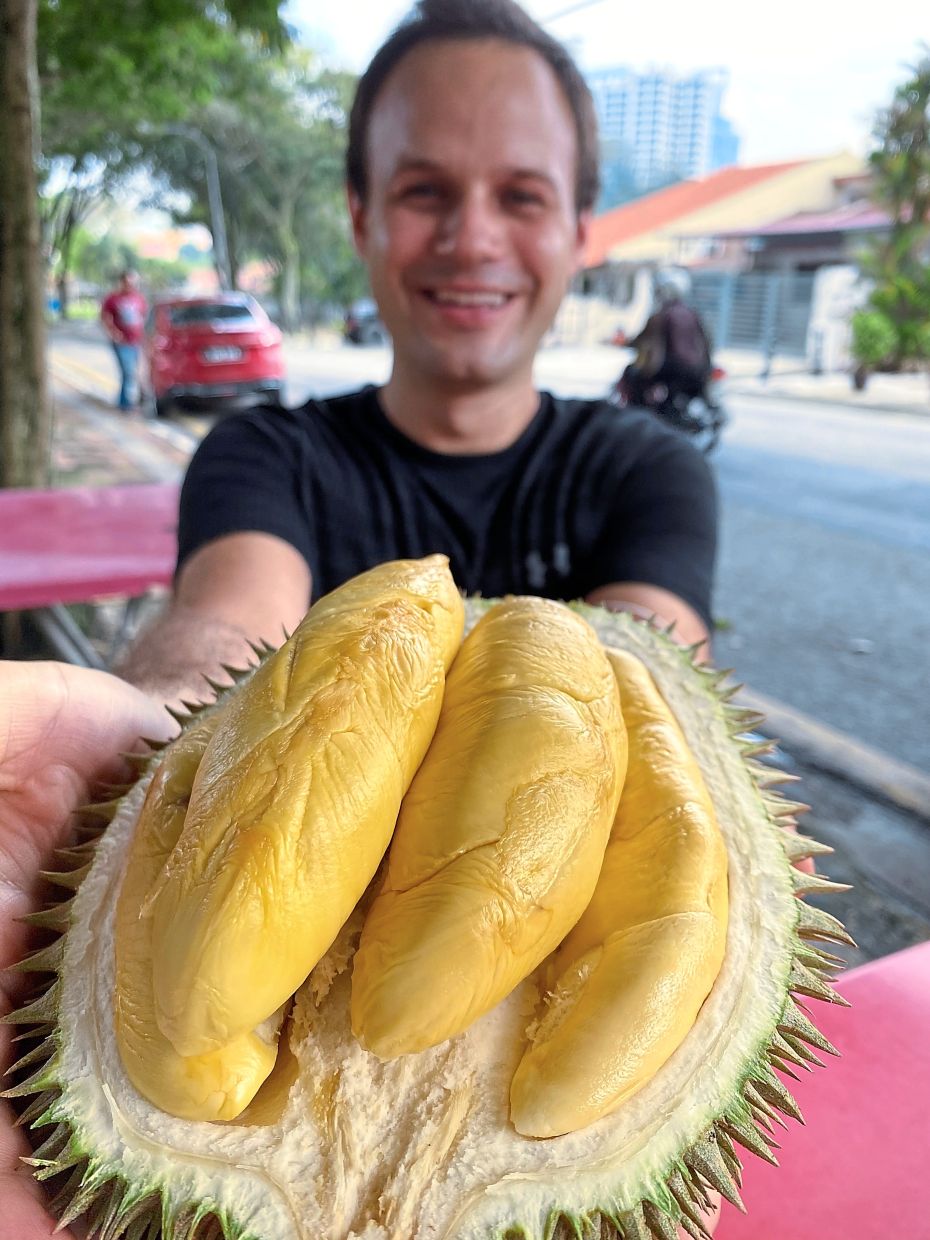 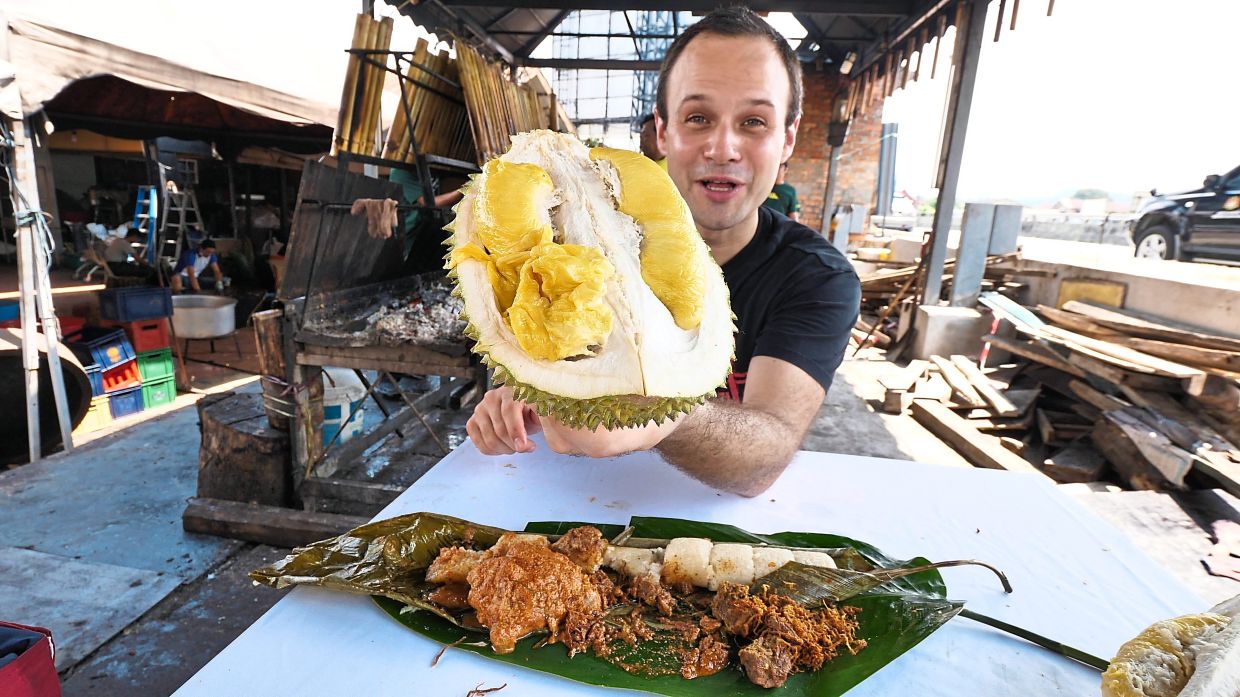 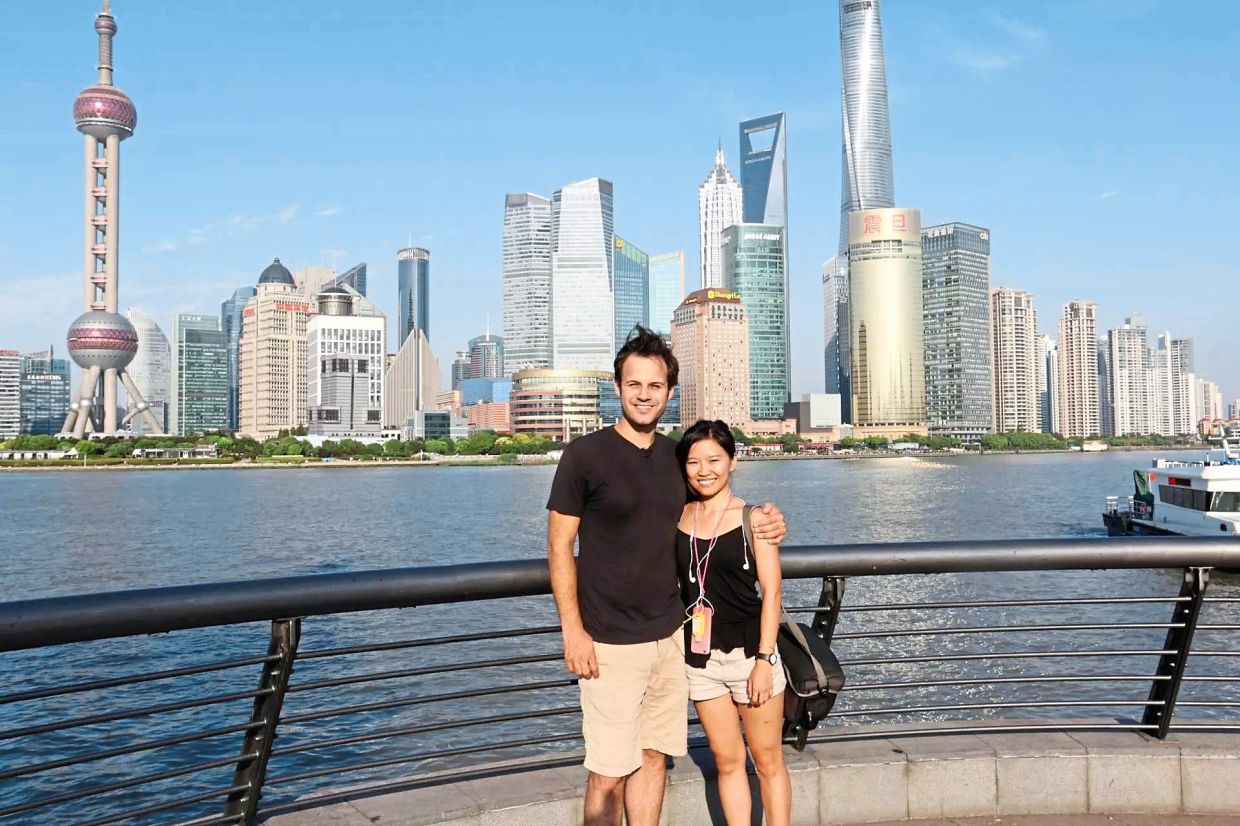 Eating durian at a roadside stall in Kuala Lumpur during the RMCO.

James trying 'torpedo soup' for the first time at Sup Hameed in Penang in 2016.

James and his wife Xie filming in Guangzhou, China, in 2017.

James at Lemang Daun Lerek in Gombak, Selangor, having durian with lemang and beef rendang during the RMCO.

The YouTuber enjoying Chengdu street food in China in 2016.

James (right) with his wife Xie on their way back from Turkey to China in July 2015. 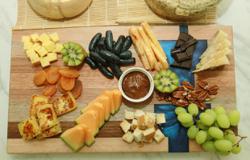 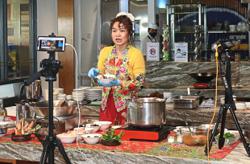 A to Z of Britain's Prince Philip
Musician couple in New York raises money for food pantry with home concerts
In New York, the pandemic pushes some Orthodox Jews to leave their community
This Thai coffin maker kickflips caskets into skateboards
Growing vegetables in the Arctic Circle, thanks to permaculture
Malaysian church furnishes the needy with unused appliances and furniture
American janitor singlehandedly cooks to feed thousands during the pandemic
How baking a loaf of bread for a neighbour during lockdown led to a successful bakery in London
American flight paramedic helps wipe off patient medical debts during the pandemic
Heart and Soul: Father was my hero, but Mother was my superhero