The Selangor team, champion of the HMS Malaya Cup in 1973. Photo: Filepic

My recent visit to Muzium Negara’s exhibition – themed “100 Years of HMS Malaya Trophies” – was intentional, to evoke the memories of my long and intimate involvement with one of them, the rugby trophy, which was on display.

It was also an opportune moment to soak up its ethereal aura once again for a meaningful spiritual communion. There may not be a next time.

It was the British battleship, the HMS Malaya, that donated two trophies in 1921, one for rugby and the other for football, to be the country’s iconic symbols for interstate championships in these sports. It was to reciprocate the generosity of the Federated Malay States that paid for the ship’s construction.

Bearing the namesake of their donor, the trophies reigned unchallenged in the colonial era that even stretched well into modern Malaysia. This despite the unrelenting and fevered nationalistic cry to rid local sports of any colonial vestiges.

The football trophy, however, was the first to succumb in 1966, to be replaced by the Malaysia Cup.

On the other hand, the rugby trophy, true to the game’s hardier and physically robust character, was able to deflect the turbulence. And this, despite its abhorrent racist image of being the exclusive turf of the white men in the colonial era, that prompted the locals to launch in retaliation the All Blues Cup in 1934 for Asians only.

Rugby then, and for many years after Independence, was a segregationist sport and its administration no better.

As a school boy at St Michael’s Institution, Ipoh, I was a regular spectator at rugby matches in the HMS Malaya Cup series staged at the Ipoh padang nearby. The teams were then overwhelmingly Europeans, down to the linesmen!

In the early independent years, the increasing numbers of Asians in the tournament were noticeable. By the mid-60s, most of the HMS Malaya Cup teams were dominated by Asians, except for Selangor which persisted to be the last bastion of expatriate rugby, with just a handful of Asians. I was then a Selangor player.

When Selangor won the HMS Malaya Cup championship in 1970, it had nine Asians yet it was led by an expatriate! I was one of them to savour the magical moments of victory and the opportunity to handle the Cup.

During my tenure as the MRU (Malaysia Rugby Union) secretary from 1973-1976, the unceasing nationalistic outcry for the Cup’s demise over the years had already turned into a tempest, knocking it off the pedestal to become a junior championship. And I had to prepare and table the resolution of its humiliating relegation at the 1975 MRU general meeting. Its place was taken over by the locally conceived MRU Cup.

It, however, tenaciously held on to this junior role, refusing to be eclipsed from the rugby national circuit for several more years. But by the time I assumed the Presidency of the Selangor Rugby Union in 1983, the Cup showed signs of fatigue and of being a spent force. Many of its diehard supporters in the more established MRU affiliates had already left office or passed away.

Ironically, it took the newest MRU affiliate, the Federal Territory Rugby Union formed in 1981 to finally execute the coup de maitre, sealing the Cup’s fate to oblivion after the 1983 season. Its resolution read, “How can a trophy which derives its name from a warship which enabled the British to rule this country, continue to be made the symbol of a game?”

Despite its demise, the Cup’s donor and its dwindling gang of adherents found some comfort knowing that its ashes gave rise to the Agong’s Cup which eventually supplanted the MRU Cup in 1985 as the premier rugby tournament.

But there is no doubt that the rugby trophy, together with football’s, will always be stacked highly in Muzium Negara’s pantheon of invaluable artefacts and relics. After all, the two HMS trophies have attained the incredible centennial milestone.

Muzium Negara’s commemorative exhibition on ‘100 years of HMS Malaya Trophies’ is ongoing at its central hall until Jan 31, 2023.

A proud Malaysian icon in London 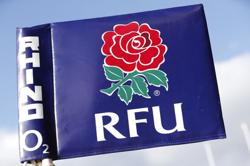 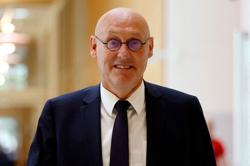