From laksa Penang to kuih, this home cook's Raya fare is a labour of love

Ed's family always looks forward to the dishes and kuih that he whips up every Hari Raya. From left: Syadihah, Ed, Salmah, Nafis and Abirah. — ART CHEN/The Star

In his home in Shah Alam, Ed Asmadi Mohd Saidin, 46, is sitting contentedly next to his mother, Salmah Hashim, 76. The two have a warm, convivial relationship, one that has been strengthened and bolstered by their joint love of food.

As a boy, Ed – who is the second of four brothers – says he remembers going to the market with his mother and helping her do the daily cooking. This spurred his interest in the kitchen, where he is now adept at whipping up all sorts of traditional meals.

“I have always had an interest in cooking,” he explains. His mother chimes in and says, “Only two of my sons have picked up cooking, and it’s great that Ed can cook well because then his wife can rest a bit!” she says, laughing mischievously.

Ed was born in Penang but grew up in Kuala Lumpur. Even though he has spent the entirety of his life in the Klang Valley, Penang remains close to his heart.

Which is why when he married his wife Syuibah Abirah Mohd Tarmizi, 45, and had his two kids – Muhammad Nafis Zahran Ed Asmadi, 20, and Nur Syadiyah Zahra Ed Asmadi, 15, - Ed started making his signature laksa Penang for the entire family come Hari Raya. The dish has since become a huge hit, with family members clamouring for a taste of this prized family meal. 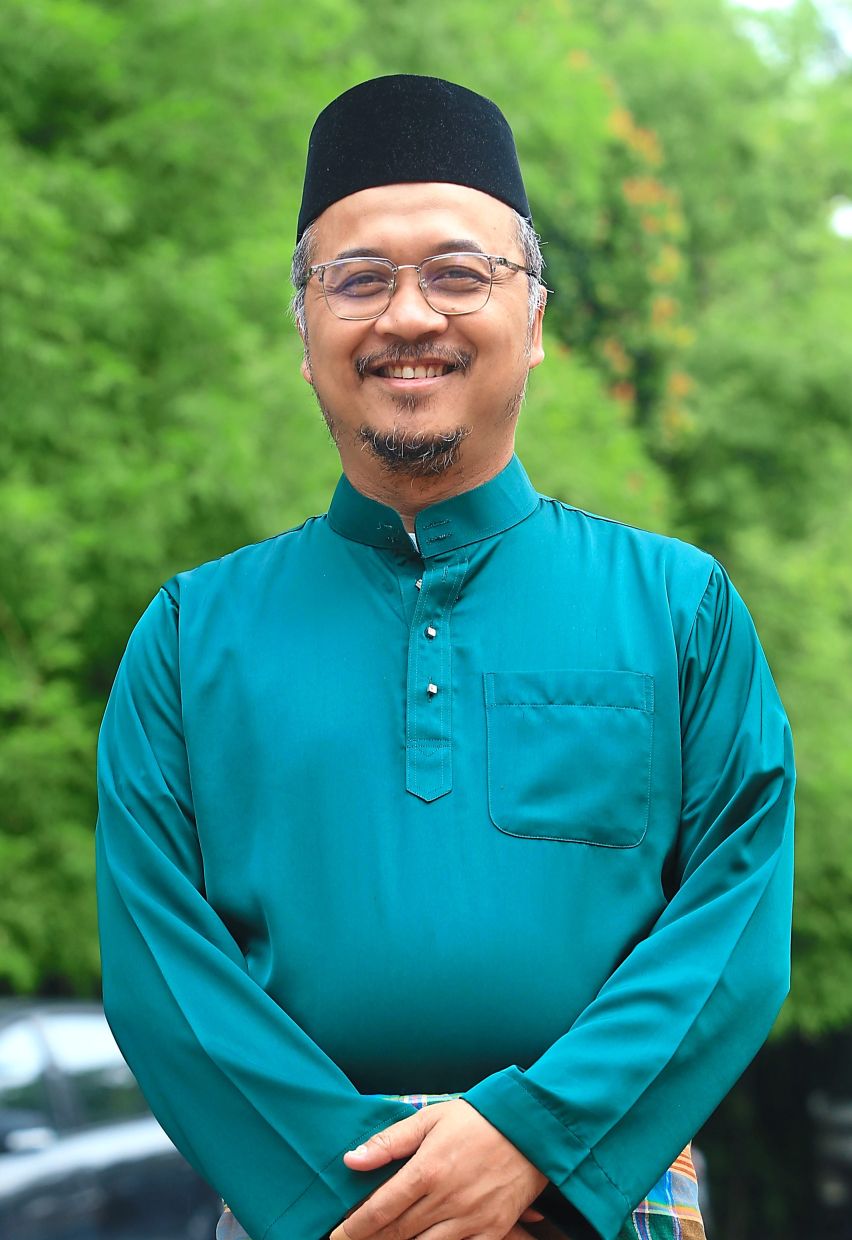 Ed has always been interested in cooking and learnt how to cook from his mother, who is an accomplished home cook and former kuih seller.

“My father-in-law loves this laksa Penang, so when I tell him I am making it, he will come over straight away,” he says, laughing.

Ed’s laksa recipe is about 50 years old and was inherited from his mother. Together, the two decided to modify the original recipe by adding extra ingredients like pineapple and mint – and have been elated by the results.

“It enhances the sweet and sour aspect of the meal and makes the flavours stronger and the overall meal tastier,” explains Ed.

Ed’s laksa Penang is definitely a winner – the noodle dish boasts a fishy broth that is accentuated and balanced by the sharp, acerbic qualities of the pineapple and the herbaceous, fresh undertones of the mint leaves.

Ed’s Hari Raya meals are also accentuated by the selection of kuih that he makes every year for his family. He says his fascination with homemade kuih also has its roots in his mother, who was once a popular kuih seller who plied her homemade creations in Kajang.

That early exposure to different kinds of kuih really left an impact on Ed, who has continued the tradition in his own home, where he whips up a variety of kuih like kuih lapis (layer cake), kuih cara manis (a gazetted heritage dessert fashioned out of coconut milk and pandan that is made using bahulu moulds), bingka ubi (a dessert with tapioca as its main component) and soft, fluffy doughnuts for his family each Raya.

“These are all a must – my nieces especially love the soft texture of the doughnuts and the kuih cara manis is a huge hit too,” says Ed.

Ed’s kuih are all very, very good, and it is evident that each creation is a carefully crafted labour of love. The bingka ubi is soft to the touch while the doughnuts are fluffy and incredibly soft. The kuih cara manis meanwhile offers a lovely burst of pandan and coconut milk that enrobes the palate in all sorts of wonderful ways. Every Raya, Ed makes a slate of kuih for his family, including kuih lapis and kuih bingka ubi.

Given his vast interest in cooking all these traditional meals and the sweet treats that he grew up with, Ed has been doing his best to ensure that his children also pick up his recipes, so that the family legacy lives on.

“I am teaching both the kids, but you know kids these days – they will only come and learn if you force them! But I have started teaching them how to make the doughnuts.

“My daughter likes doing this, but my son is not ready to learn yet. I think when he leaves the nest and stays on his own, then he might be interested in it,” says Ed.

Ed meanwhile has been getting such rave reviews for his laksa Penang (family and friends often beg for invitations to come over to eat the dish) that he is now contemplating starting a home business designed around it.

His wife Abirah says she has been trying to convince to him to kick off this endeavour because she believes that his version of laksa Penang will be a huge hit with a wider audience.

“We were thinking about starting a home business because a lot of our friends have said, ‘Eh, you know I am sure there is a market for your laksa Penang if you sell it, especially because it is authentic laksa.’

“So I told him, ‘Why not do it?’ Because we are already used to catering this dish for family members during Raya, so it’s just a matter of getting organised and starting the business,” she says.

Ed meanwhile says, “I really do hope to start the business one day – that would be my dream job, making laksa Penang every day.” For boiling in a stockpot

2 stalks bunga kantan (1 stalk halved on the long side, another stalk thinly sliced)

Clean the mackerel (remove scales and guts) and boil in a pot containing water for 30 minutes. Reserve water in the pot for use later.

Transfer the cooked mackerel to a bowl and let it cool down. Separate the bones and fish head from the meat. Transfer the meat to a blender and add some of the remaining water from the boil. Blend until you get a rough paste.

Blend the fish head and bones separately with the remaining water from the boil. Strain the stock

Place both blended mixtures in a deep pot together with the gravy paste. Add ingredients for gravy and leave to boil on medium heat for 20 minutes. Add salt to taste.

Prepare the laksa noodles by following the packaging instructions.

Serve laksa in a bowl with gravy and condiments. some butter for lining the mould

1/2 tsp caster sugar for each mould

Cut the pandan stalk into small pieces and blend with coconut milk. Strain the juice into a mixing bowl.

Add flour, egg, salt and coconut milk into the mixing bowl. Blend and strain the batter. Add a few drops of food colouring until the desired tone is achieved.

Heat the bahulu mould on low heat. Grease the mould with butter. Pour the mixture into the mould. Wait for 6 to 10 seconds before adding caster sugar in the centre.

Cover the mould with a lid for 3 to 5 minutes to ensure it cooks well. Kuih cara is fully cooked when the surface is no longer wet. Carefully remove from mould. 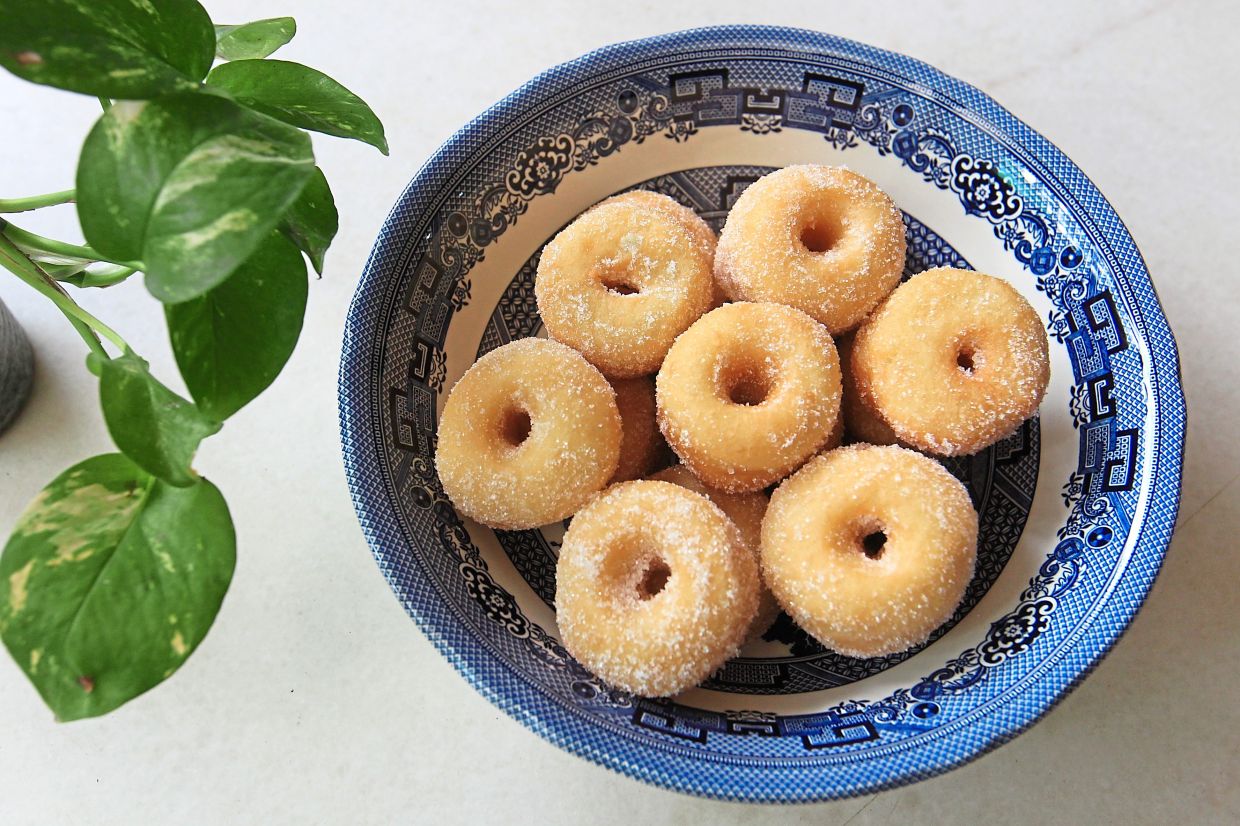 Combine warm water and condensed milk in a bowl. Add yeast. Set aside until it rises or doubles in volume and is foamy.

In a separate bowl, mix flour, salt and butter. Add proofed yeast into the bowl. Knead for 5 to 10 minutes or until dough is smooth and no longer sticky to the touch.

Rest dough in a warm spot for 30 to 45 minutes or until it doubles in volume. Form into a tight ball and place dough in a bowl. Cover with a clean dish towel.

Once fully proofed, transfer onto a flat surface. Knead it awhile to knock out air bubbles in it. Continue kneading for a few minutes until it becomes smoother.

Divide the dough and roll each section approximately 1 cm thick. Use a doughnut cutter to cut the dough out. Arrange it onto a large tray for second proofing. Cling wrap the tray and rest for 5-10 minutes.

Strain the doughnuts onto kitchen paper to absorb the oil. Once the doughnuts have cooled slightly, around 2 to 3 minutes, coat them with sugar. 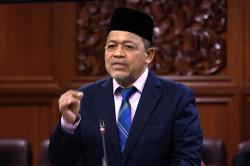 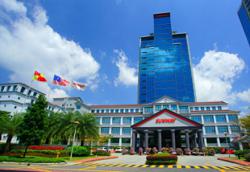 Giant sharks once roamed the seas, eating whale-sized meals in five bites
Pets suspected of having monkeypox should be isolated, CDC says
Swiss mountain pass ice to melt completely within weeks
Dog, missing for two months, found alive inside cave
If it's very hot, try watering your plants gently, a sip at a time
What is the 'bar' part of Gordon Ramsay Bar And Grill KL like?
Make your vote green, keep environmental issues on the radar screens of politicians
Fossil of new armour-plated dinosaur species discovered in Argentina
My Pet Story: Little wonders, these tiny little snails
Do spiders sleep? Scientists study baby jumping spiders to find out