An Amel Motley Corn Snake wrapped around a branch. Corn snakes are very popular with beginner snake keepers, and for many good reasons. Photo: 123rf.com

Malaysia is one of the most biodiverse places in the world, populated by a rich collection of wildlife that often cannot be found anywhere else on the globe.

Much of the biodiversity is, unfortunately, under threat from a variety of causes, including deforestation, climate change, and invasive species. Given this situation, it makes sense that there are strict controls on which animals can and cannot be imported, bred, or kept as pets in the country.

Snakes, of course, are some of the most infamous invasive species around, from the brown tree snake in Guam to the Burmese python in the Florida Everglades.

Understandably, the types of snake that can be kept as pets is highly restricted. This makes it more difficult for first-time snake owners, in particular, to find an animal that will suit their particular needs.

Fortunately, some of the snakes allowed as pets are also among the easiest ones for beginners to take care of. So, there is no reason that, with a little bit of research, a beginner cannot start a thriving snake-keeping hobby.

Ball pythons are probably the most popular pet snake in the world, largely because of their calm, even temperament and openness to being handled by familiar people. Ball pythons are larger than most of the snakes on this list, both in terms of length – females can reach 4ft to 5ft (1.5m) in length; males 3ft (0.9m) – and weight, as they have the strong muscles necessary for a constrictor to hunt in the wild. A ball python. — The Star/Filepic

In captivity, they should be fed either a mouse or rat (depending on their size) every one or two weeks. So normally one mouse per snake every once a week or once every two weeks. Normally, around 9-12 months, they can change from mice to rats. They do not eat anything else the rest of the time. This is more than enough food for them. Actually, some snakes quickly become obese through consuming one rat every week. It is a common beginner mistake to overfeed them.

Ball pythons are ambush predators in the wild, and will want to replicate this behaviour in their tank, so be sure to provide them with lots of rocks, plants, and other hidey-holes.

Corn snakes are very popular with beginner snake keepers, and for many good reasons. There are the logistical reasons – they are readily available and affordable at almost any pet shop. Practical reasons – they are small and relatively easy to care for. More fun reasons – their beauty, high activity levels, and ease of handling. Even children can safely handle corn snakes, which are non-venomous and pose basically no danger to their owners.

While corn snakes have been bred in just about every conceivable colour combination, they are most noted for their strikingly bright autumnal colouring.

Corn snakes should be fed thawed rodents or similar food every week to two weeks, depending on their age and size.

Rat snakes comprise almost 50 species of snake, most of which are suitable and popular as pets. The Russian rat snake is among the larger of these, reaching almost 6ft (1.8m) in length. They are known for their distinctive dark and light colouring, which has been refined through captive breeding to produce beautiful yellow saddles.

Russian rat snakes love the water and require a moist environment, but can thrive in lower temperatures than many other snakes because their natural habitat occurs at such high elevations. They have a similar diet to the ball python.

One of the scarlet kingsnake’s main defences in the wild is its resemblance to the venomous coral snake, which also has bright red scales with black and yellow bands. The scarlet kingsnake is non-venomous, but this evolutionary parlour trick has also made it a popular pet for its striking colouring. Scarlet kingsnakes rarely grow longer than 2ft (0.6m); they are largely nocturnal snakes who love hiding in the dirt and under plants and logs.

They have a similar diet to the ball python. Generally, as pets, snakes are only fed either mice or rats. They are not fed anything else. Normally they are fed one mouse or rat at each feeding session. The size of the mouse or rat is important because of this.

Milk snakes may not be an ideal first snake for most people, but they are well-loved by more experienced enthusiasts for their bright colours and brighter personalities.

Milk snakes are perhaps best known for their distinctive red, black, and yellow-banded colouring and visual resemblance to the highly venomous coral snake, but are generally harmless; the most trouble they are likely to give their owners is by attempting to escape their enclosures.

Most milk snakes grow between 2ft and 4ft (1.2m) in length. They should be fed pinky mice in their youth, before graduating on to larger prey after six months of age.

The laws as they currently stand protect the country's incredible biodiversity, including its more than 150 native species of snakes, while also allowing amateur herpetologists the chance to indulge in their hobby and collect a wide range of beautiful and interesting pets.While snake enthusiasts should be sure to check with both the national and local regulations before purchasing a new specimen, they can rest assured knowing there are still many wonderful options available to them.

Nigel Robert is a reptile lover and editor-in-chief at More Reptiles, a reptile magazine and community.

Help, my dog screams at the neighbour! 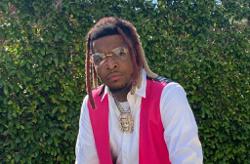 How Busan's prototype sustainable floating city responds to climate change
How human activity and climate change killed off Iraq's Sawa Lake
5 tips to help if you're struggling a little with mental health
Sudan’s electric rickshaws cut costs and help the environment
The intelligence of AI is limited by its creators, us dumb humans
Dear Thelma: Dad is abusive, and I'm living in fear constantly
How 'climavores' are making their diet more environmentally friendly
12 practical steps to reduce car traffic in city centres
Why South African scientists are breeding zebras without stripes
Why preserving sand can be as important as preserving water