The smaller your belly, the longer your life 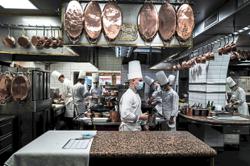 Research reveals that each 10cm increase in waist circumference is associated with an 11% higher risk of all cause mortality. — TNS

Central fatness (excess fat stored around the abdomen) is associated with a higher risk of early death from any cause, regardless of overall body fat, whereas larger hips and thighs are associated with a lower risk, finds a study published recently by The BMJ.

The results suggest that measuring central fatness may be a more reliable indicator of risk of death from excess weight, and could be used alongside body mass index (BMI) to help determine the risk of premature death, say the researchers.

BMI is a simple measure widely used to assess people’s weight. But, its reliability is often criticised, as it does not distinguish fat from muscle and does not tell us where body fat is stored.

It is already well-known that being overweight or obese is linked to a greater risk of heart disease, certain cancers, kidney disease, and neurological disorders.

Evidence also suggests that central fatness might be more strongly associated with risk of death than overall obesity, but previous data are inconclusive.

To explore this further, an international team of researchers set out to examine whether measures of central fatness are associated with risk of all cause mortality in the general population.

Their findings are based on the results of 72 studies involving over 2.5 million participants who were tracked for between three and 24 years.

All of the studies reported risk estimates for at least three measures of central fatness.

The researchers found that most measures of abdominal adiposity, including waist circumference, waist-to-hip ratio, waist-to-height ratio, waist-to-thigh ratio, and A body shape index were significantly and positively associated with a higher all cause mortality risk.

In contrast, larger hip and thigh circumference were associated with a lower risk of all cause mortality.

The researchers note that these associations remained significant after accounting for BMI.

This suggests that abdominal deposition of fat, independent of overall obesity, is associated with a higher risk.

They point to some limitations, such as the possibility that some studies may have included patients with undiagnosed pre-existing disease.

However, strengths include the high quality of the studies and large number of participants across different populations.

As such, the researchers say their results suggest that “measures of central adiposity could be used as a supplementary approach, in combination with BMI, to determine the risk of premature death.”

And they say further studies are needed to assess the degree and the shape of the associations for these measures in more detail.

Walk for your health and a longer life

Why we believe conspiracy theories
Can turmeric help in breast cancer?
Helping your child maintain a healthy weight
Milk: Contains almost all the essential nutrients needed for children
Viruses can't find a new host species that easily
Vitamin B2 powers many antioxidant processes in the body
Will undergoing anaesthesia affect my child's brain?
Parenting Tips For Newborns
Children, including babies, can also get arthritis Premium
The need to properly share Covid-19 data