The actress says that she is taking the weight gain in her stride. Photo: Rebel Wilson/Instagram

Australian actress Rebel Wilson says she has put on 3kg on holiday but adds that her weight gain "doesn't define" her, encouraging fans to focus on being the best version of themselves.

On an Instagram post last Saturday (July 2), the 42-year-old Wilson admits that she had "put on three kilograms on my holiday... I've lost all control."

She has been living it up in Europe with girlfriend Ramona Agruma: they visited France, Italy and Iceland before landing at a resort in Turkey. Wilson's Instagram post shows her in a bathing suit in front of a swimming pool.

The actress says that she is taking the weight gain in her stride. "I can get up tomorrow and go to the gym, and hydrate and eat healthy and love myself," she adds.

However, she acknowledges that it can be easy to feel guilty about overindulging. "If you're like me, just know you are more than just your weight... just try your best to be healthy," she advises her followers.

Wilson, who made a name for herself with scene-stealing roles in comedy films such as Pitch Perfect (2012) and Isn't It Romantic (2019), has been open about embarking on a "Year Of Health" in 2020. She was previously overweight but lost about 36 kg.

"It wasn't a goal to get to a certain weight, it was just being the healthiest version of myself," she told American magazine People in an interview in May.

Wilson had improved her physical health with the help of personal trainers. But in an Instagram Live in December 2020, she told her followers that she had developed a simpler habit: walking.

"I do have access to really amazing personal trainers but I want you guys to know that the majority of the exercise that I've done this year has just been me going out for a walk... (It) is free, you can do it, it's safe," she said. – The Straits Times/Asia News Network 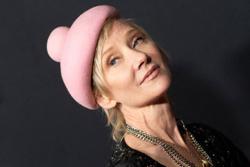