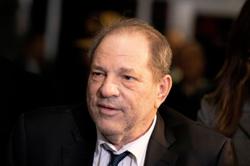 Australian actress Rebel Wilson has revealed her own #MeToo encounter from several years ago, sharing how an unnamed male co-star sexually harassed her and then tried to "destroy" her career.

In an interview with entertainment magazine People, published on Thursday (May 19), the 42-year-old star of the Pitch Perfect films (2012 to 2017), and the comedy Senior Year now showing on Netflix, said the "co-star called me into a room and pulled down his pants".

He then asked her to perform "a lewd act" - in front of his friends.

"It was awful and disgusting. And all the behaviour afterwards - this was all before #MeToo - where they kind of tried to destroy me and my career. If it had happened after #MeToo, then I could have just blasted them," said Wilson.

The #MeToo movement had gained traction in late 2017, after multiple sexual-abuse allegations were publicly levelled against Hollywood mogul Harvey Weinstein.

The Sydney-born actress, who holds a law degree from the University of New South Wales, says she used her legal training to document her experience. "I called my rep. I got certain things in writing about what happened."

Still, speaking about the incident was not easy. Complaining to her agency and to the studio was a big step, she said..

The trauma from the incident has stuck with her through the years. "Why did I stay in that situation ... with that awful guy? I should have left. It wasn't worth it. But at the same time, I was like, 'Oh well, do the right thing, be a professional and finish the movie.' Now I would never do that."

The actress also described in the interview how important it was to her to encourage inclusivity in her films.

"One thing that was really important to me (on Senior Year), because we have a lot of young cast in the film, was to just make sure the movie as a whole is very inclusive and diverse, and that there's a lot of respect for everybody... I think that made for a very good time on set, because everybody did feel comfortable," said Wilson who was also the film's producer. – The Straits Times/Asia News Network 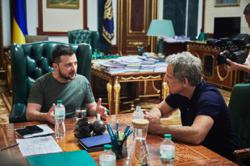 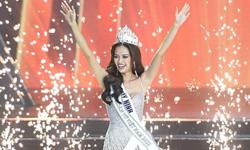