Amber Heard isn’t really asking for the US$100mil she sued Johnny Depp for. Her lawyer said Friday (May 27) that they simply asked for that amount to send a message to the Pirates Of The Caribbean star after he asked for half that amount when he sued her for defamation.

That information came Friday in a Virginia courtroom as legal teams for the former spouses registered their closing arguments in their duelling defamation cases.

“Johnny Depp sued for US$50mil, and we sent a message back saying, ‘Fine, then we’re gonna sue for US$100mil because look what you did to her.’ We’re not asking you to give US$100mil,” attorney Elaine Bredehoft told the jury, speaking about compensatory damages.

“We’re asking you to just look at the damages in this case and just be fair and reasonable in whatever you determine.”

The case, which kicked off April 11 in Fairfax, Virginia, went to the jury Friday afternoon.

While Depp’s side has painted the case as being about getting his life and reputation back, Heard’s side has argued that it’s a First Amendment case about the right to tell one’s own story. Amber Heard’s legal team has argued that it’s a First Amendment case about the right to tell one’s own story. Photo: AFP

Heard attorney Benjamin Rottenborn led off the defendant’s closing arguments by warning the jurors about the message they would be sending to victims of domestic abuse if they found in Depp’s favour.

"If you did seek medical treatment, you’re crazy,” Rottenborn said.

“If you do everything that you can to help your spouse, the person that you love, rid himself of the crushing drug and alcohol abuse that spins him into an abusive, rage-filled monster, you’re a nag.

"And if you finally decide enough is enough, you’ve had enough of the fear, enough of the pain and you have to leave to save yourself, you’re a gold digger.”

Rottenborn called the case “victim-blaming at its most disgusting.” Johnny Depp’s side has painted the case as being about getting his life and reputation back. Photo: Reuters

He also replayed the notorious video of Depp wandering around a kitchen, slamming cabinet doors, pouring himself a large glass of wine and getting angry when he realised Heard was recording his actions.

“Who does that? Who does that?” Rottenborn asked the jurors. “Imagine watching your husband, the person you love, behaving violently that way. Like a wild animal. That is abuse. That’s abuse.”

Those statements came after Depp’s attorneys argued that he was the actual victim in the relationship.

Later, Vasquez painted the team’s allegations against Heard more plainly. “Ms. Heard lied,” she said. “And she lied again. And she kept lying.”

Heard allegedly lied, Vasquez said, when she asked for the temporary restraining order in 2016, when she said she donated her entire US$7mil divorce settlement to charity and when she wrote the 2018 Washington Post op-ed around which Depp’s case revolves. (The case is being argued in Virginia because the state is home to the news outlet’s servers.) Dan Kim, 26, holds a sign in support of Amber Heard amidst throngs of Johnny Depp fans, outside the Fairfax County Circuit Courthouse on the final day of the defamation trial of Johnny Depp versus Amber Heard. Photo: Reuters

“She’s come too far. She can’t back down. She’s lied too many times to too many people,” Vasquez said.

“So when Mr Depp finally decided to fight, to clear his name by filing this lawsuit, Ms. Heard responded by making up more and more stories of more and more extreme abuse.

"She came up with a new accusation that Mr. Depp had raped her with a bottle in Australia, and she keeps making new claims up even now.”

After listing the 16 witnesses who had stood up in court for Depp either in person or via live video, including ex-girlfriend Kate Moss, the Depp team later said that except for Heard’s sister, Whitney Henriquez, “no one showed up for Ms. Heard in this courtroom” other than witnesses who were paid to testify. Depp attorney Ben Chew, during his turn in front of the jury, categorised the case as “the unique and singular #MeToo case where there’s not a single ‘me too,’” as in no other women who came forward to similarly accuse Depp of abuse.

Chew also noted that after the #MeToo movement hit in 2017, producers knew better than to hire anyone who had been accused of abuse, implying that Heard’s 2018 op-ed had placed Depp into a category where he didn’t belong – one that allegedly cost him tens of millions of dollars in acting work.

Rottenborn returned in his rebuttal to remind the jury about how Heard’s career had allegedly suffered after comments were made by former Depp attorney Adam Waldman.

“Studios like her. Co-stars like her. She tests well. But she can’t get opportunities because of the negativity associated with Mr. Depp and Mr. Waldman,” he said. 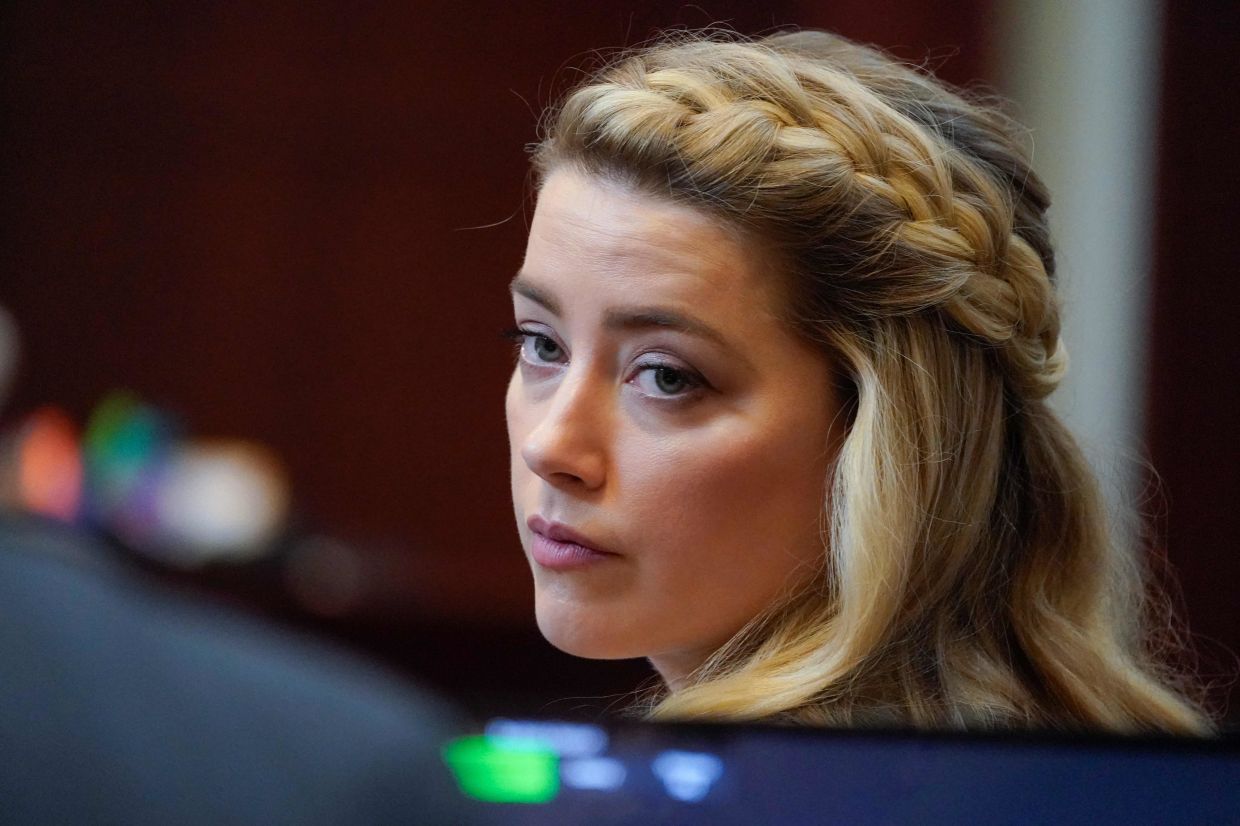 Judge Penney Azcarate – who kicked off Friday by reading the jury its instructions about how to decide the case – had strongly hinted the day before that the jury shouldn’t argue past dinnertime each day and instructed them to decide what time they would return to deliberations after the Monday holiday.

In Virginia, a seven-person civil jury must reach a verdict unanimously. The jury in this case will decide the defamation claims for both actors simultaneously.

It’s not clear when the verdict will be decided, though presumably it could happen next week. – Los Angeles Times/Tribune News Service Fans of Johnny Depp and their pets wait to get a glimpse of the actor at the Fairfax County Circuit Courthouse. Photo: Reuters