Amber Heard wants Johnny Depp to ‘leave me alone’ as she returns to stand in defamation trial. Photo: AFP

Aquaman star Amber Heard said Thursday (May 26) that she has received thousands of death threats during the "agonizing" defamation trial between her and former husband Johnny Depp.

"I am harassed, humiliated, threatened every single day," the 36-year-old Heard said on the final day of witness testimony in the blockbuster trial taking place in Fairfax, Virginia, near the US capital.

Heard said she has been the target of a social media campaign by "millions" of fans of the Pirates Of The Caribbean star and that she suffers from panic attacks, nightmares and trauma.

"People want to kill me and they tell me so every day," she told the jury, tearing up at times, her voice breaking. 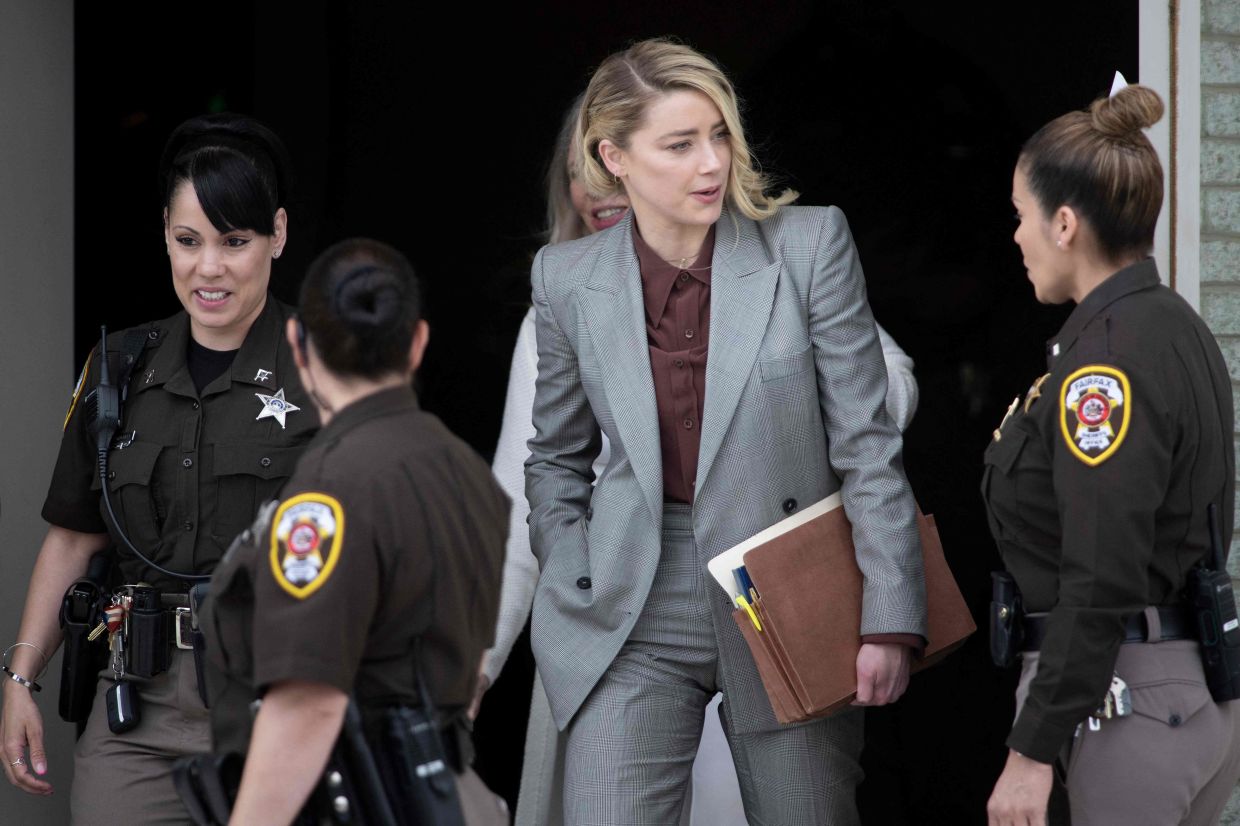 "People want to put my baby in the microwave and they tell me that." (Heard adopted a baby girl in July 2021.)

"I receive hundreds of death threats regularly, if not daily, thousands since this trial has started, people mocking my testimony about being assaulted," the actress said.

"It's been agonizing, painful, the most humiliating thing I've ever had to go through," she said.

"I just want Johnny to leave me alone."

The six-week trial has been attended daily by fans of Depp, some of whom have queued for hours overnight to secure one of the limited places in the public gallery.

Judge Penney Azcarate threatened to expel the spectators at one point during Heard's emotional testimony on Thursday. "If I hear one more sound, I will clear the gallery and we will continue this testimony without anybody in the courtroom," Azcarate warned. "Understood?"

Heard's testimony came a day after Depp took the stand and said it has been "unimaginably brutal" to listen to his ex-wife's "heinous" and "outlandish" accusations of domestic abuse.

"No human being is perfect, certainly not, none of us, but I have never in my life committed sexual battery, physical abuse," the 58-year-old Depp said.

Depp said he brought legal action because he needed to address "what I've been carrying on my back, reluctantly, for six years." 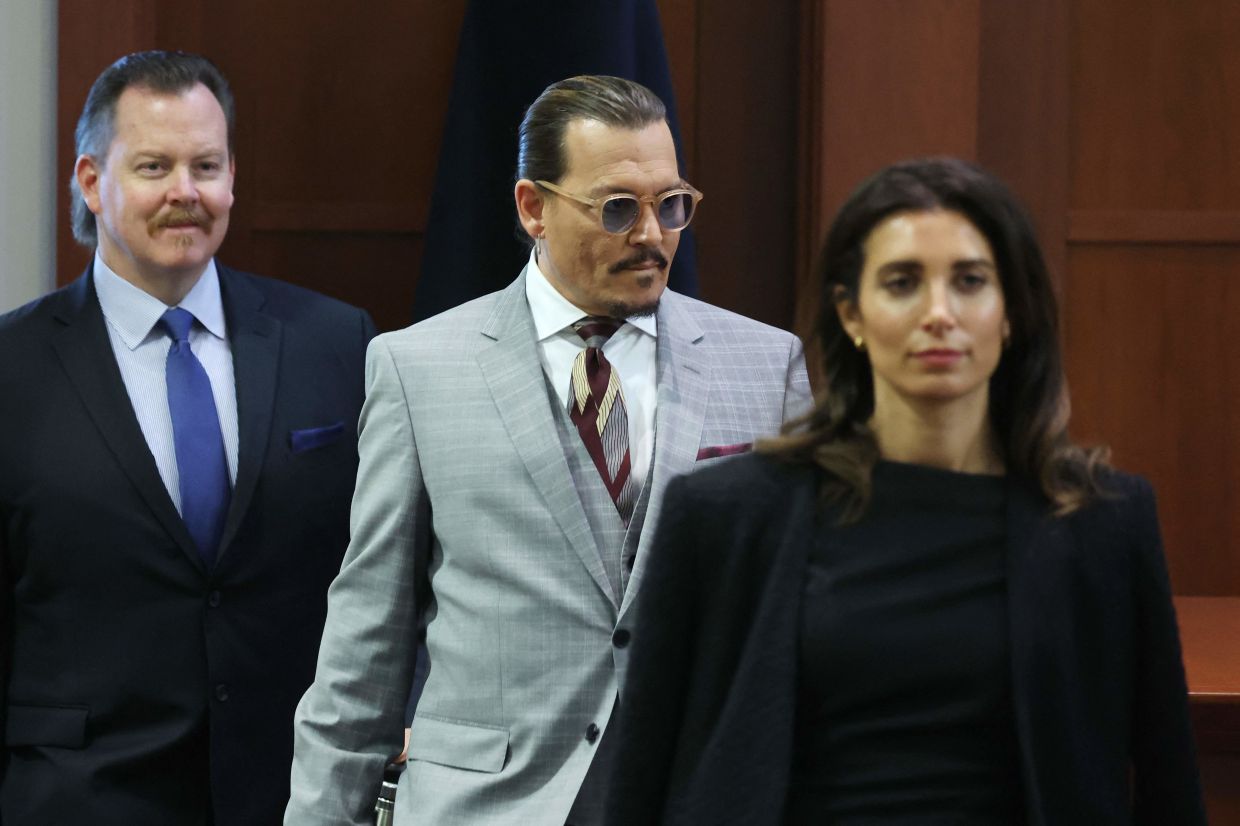 Depp testified for four days last month before returning to the stand Wednesday and claiming Heard’s allegations are 'all false'. Photo: AFP

Heard, who was married to Depp from 2015 to 2017, obtained a restraining order against her then-husband in May 2016, citing domestic violence.

Depp, a three-time Oscar nominee, filed a libel suit in London against the British tabloid The Sun for calling him a "wife-beater."

Depp brought suit against Heard in Fairfax over an op-ed she wrote for The Washington Post in December 2018, in which she described herself as a "public figure representing domestic abuse."

The Texas-born Heard did not name Depp in the piece, but he sued her for implying he was a domestic abuser and is seeking US$50mil in damages. 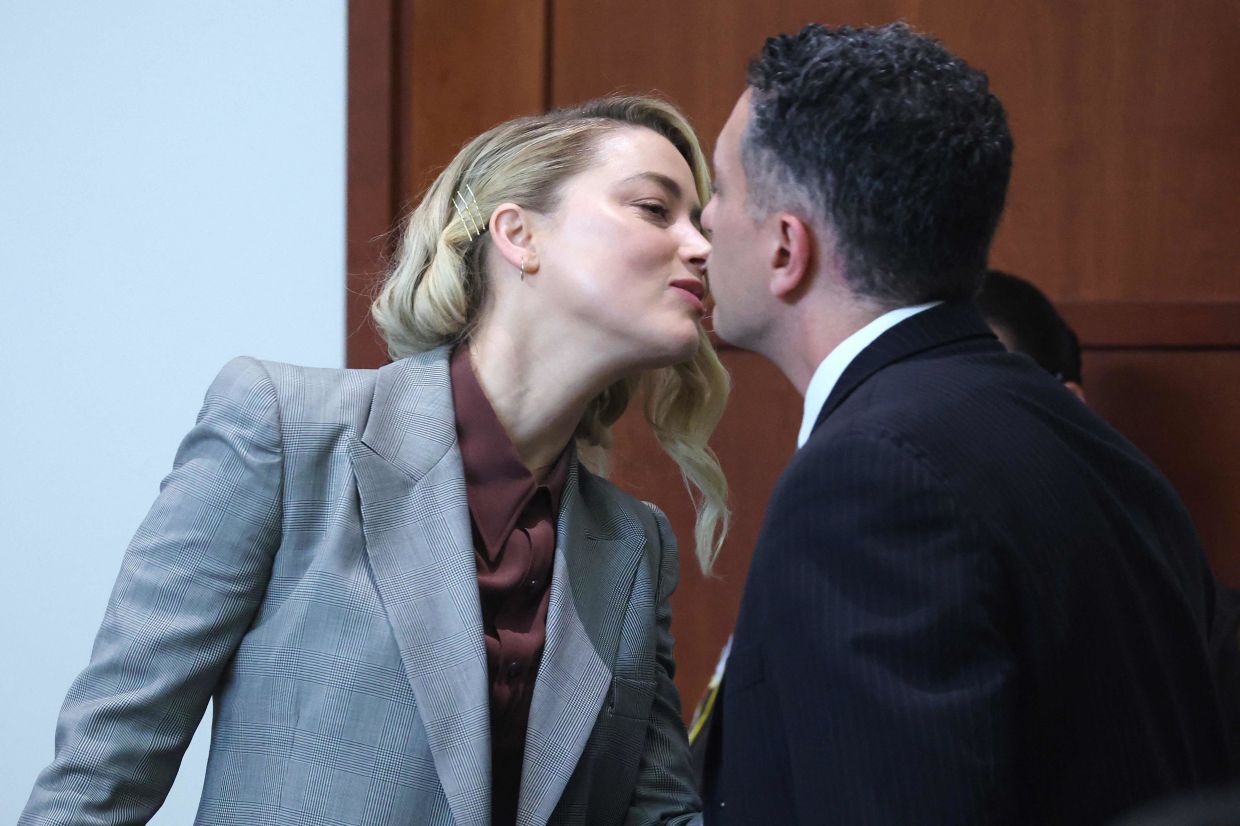 US actor Amber Heard is greeted by a member of her legal team as they arrive at the Fairfax County Circuit Courthouse in Fairfax, Virginia, on May 26, 2022. Photo: AFP

She said Thursday her counterclaim was a bid to reclaim her voice and name.

"Johnny has taken enough of my voice," she said. "I have the right to tell my story."

During the trial, which began April 11, Heard testified about multiple instances of alleged physical and sexual abuse by an intoxicated Depp, including being sexually assaulted with a bottle while they were in Australia.

Depp claimed Heard was the one who was frequently violent during their relationship and once severed the tip of one of his middle fingers by throwing a vodka bottle at him.

Both sides have claimed damage to their Hollywood careers. 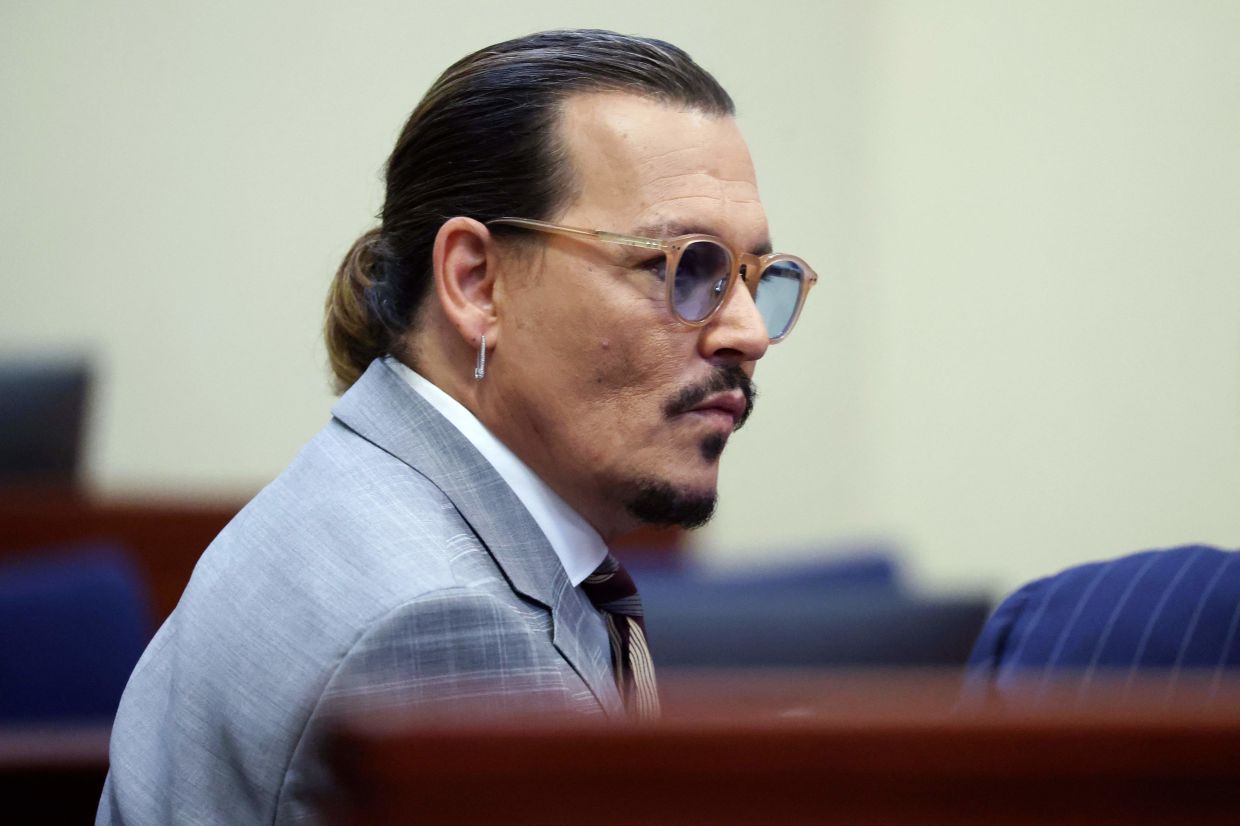 The defamation trial is currently in its sixth week, with closing arguments expected to take place on Friday. Photo: AFP

Heard's legal team presented an entertainment industry expert who estimated that the actress has suffered US$45-50mil in lost film and TV roles and endorsements.

An industry expert hired by Depp's side said the actor has lost millions because of the abuse accusations, including a US$22.5mil payday for a sixth installment of Pirates.

Closing arguments are to take place on Friday, after which the case will go to the seven-person jury. – AFP 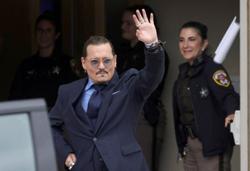