Johnny Depp’s legal team was unsuccessful in an attempt to get Amber Heard’s US$100mil counterclaim dismissed Tuesday (May 24) as Heard’s lawyers rested their case in the defamation trial.

Judge Penney Azcarate said at the Fairfax County Circuit Courthouse in Virginia that it’s not her role “to measure the veracity or weight of the evidence” after lawyers for Depp and Heard both presented arguments about the countersuit.

Depp is suing his ex-wife Heard for US$50 million over a 2018 op-ed published by the Washington Post in which Heard called herself a “public figure representing domestic abuse.”

Depp isn’t named in the piece, but Heard had previously accused the actor of abusing her, which he denies.

Heard filed a US$100mil counterclaim in response to statements made by Depp lawyer Adam Waldman describing the actress’ abuse allegations as a hoax. “The evidence shows that Ms Heard cannot prevail on her claim because she cannot and did not establish that Mr Waldman made the statements with actual malice,” Chew said.

“Mr Waldman testified that he conducted extensive investigation and reasonably believed that the three statements he made were true.”

Depp testified for four days last month, claiming he never struck Heard while accusing her of often becoming physically violent toward him. He claimed to suffer a severed middle finger after Heard threw a bottle at him in Australia in 2015.

Heard concluded her four-day testimony last week, saying she never abused Depp and claiming the actor injured his finger by smashing a telephone.

She described multiple incidents in which Depp allegedly abused her, including accusing him of sexually assaulting her with a bottle in Australia.

Her team rested its case Tuesday without recalling Depp to the witness stand.

Closing arguments in the trial are expected to take place Friday. 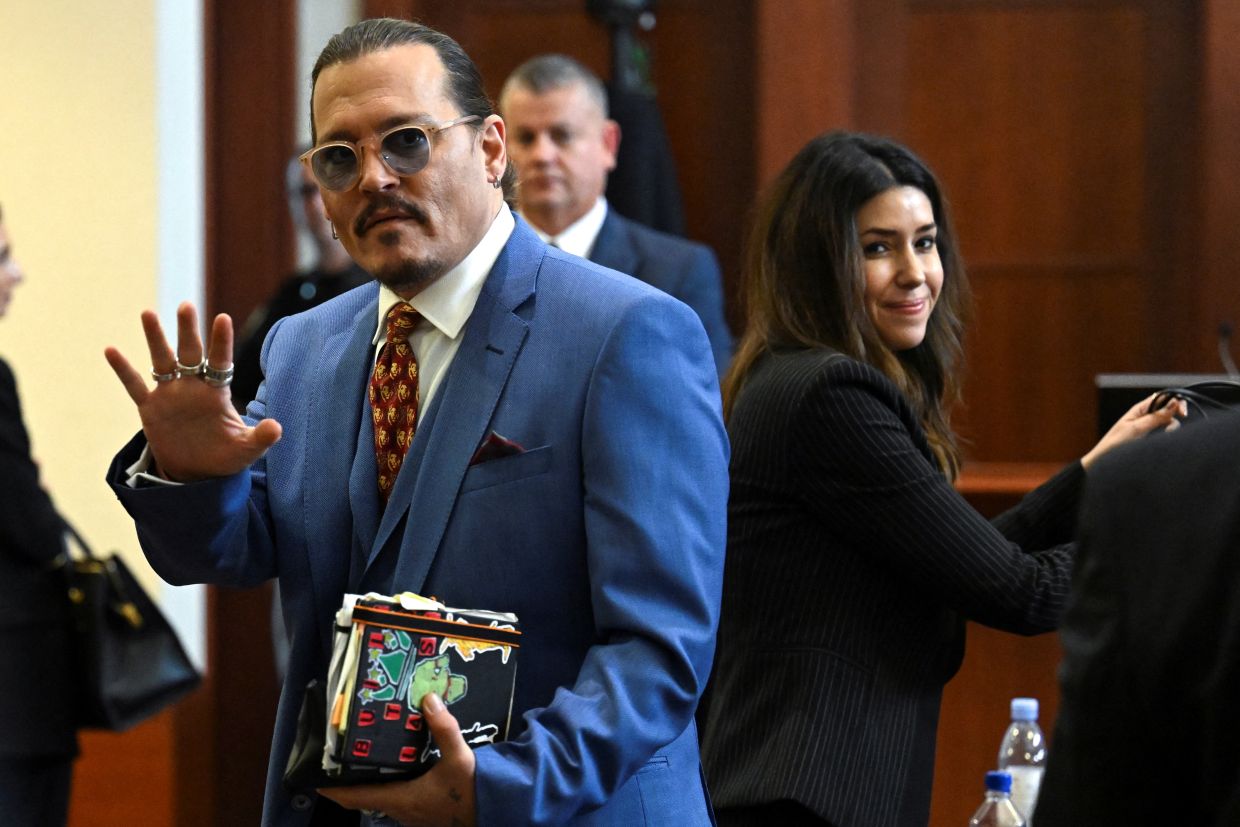 Depp, 58, and Heard, 36, met while making the 2011 movie The Rum Diary and married in 2015. Heard filed for divorce the following year and was granted a temporary restraining order against Depp after accusing him of domestic violence.

Depp previously lost a libel lawsuit in Britain against the publisher of British tabloid The Sun over an article that painted the actor as a “wife beater,” with a High Court judge ruling the claims were “substantially true". – New York Daily News/Tribune News Service