Johnny Depp's ex-girlfriend, supermodel Kate Moss, testified on Wednesday (May 25) that Depp did not push her down a flight of stairs while they were dating in the 1990s.

Moss was called to debunk that story - the subject of a longstanding tabloid rumour - as Depp's defamation trial against ex-wife Amber Heard neared its conclusion in Fairfax, Virginia. Moss appeared by video link from Gloucestershire, England, and testified for a total of about five minutes.

Depp is suing Heard for referencing her domestic violence allegations against him in a 2018 Washington Post op-ed. Depp denies that he ever hit Heard, while Heard had offered photos of bruises and other evidence to support her claim that Depp was routinely violent. She is countersuing him over his lawyer's claim that her allegations are a "hoax".

The trial has been underway since April 11, and closing arguments are scheduled for Friday. 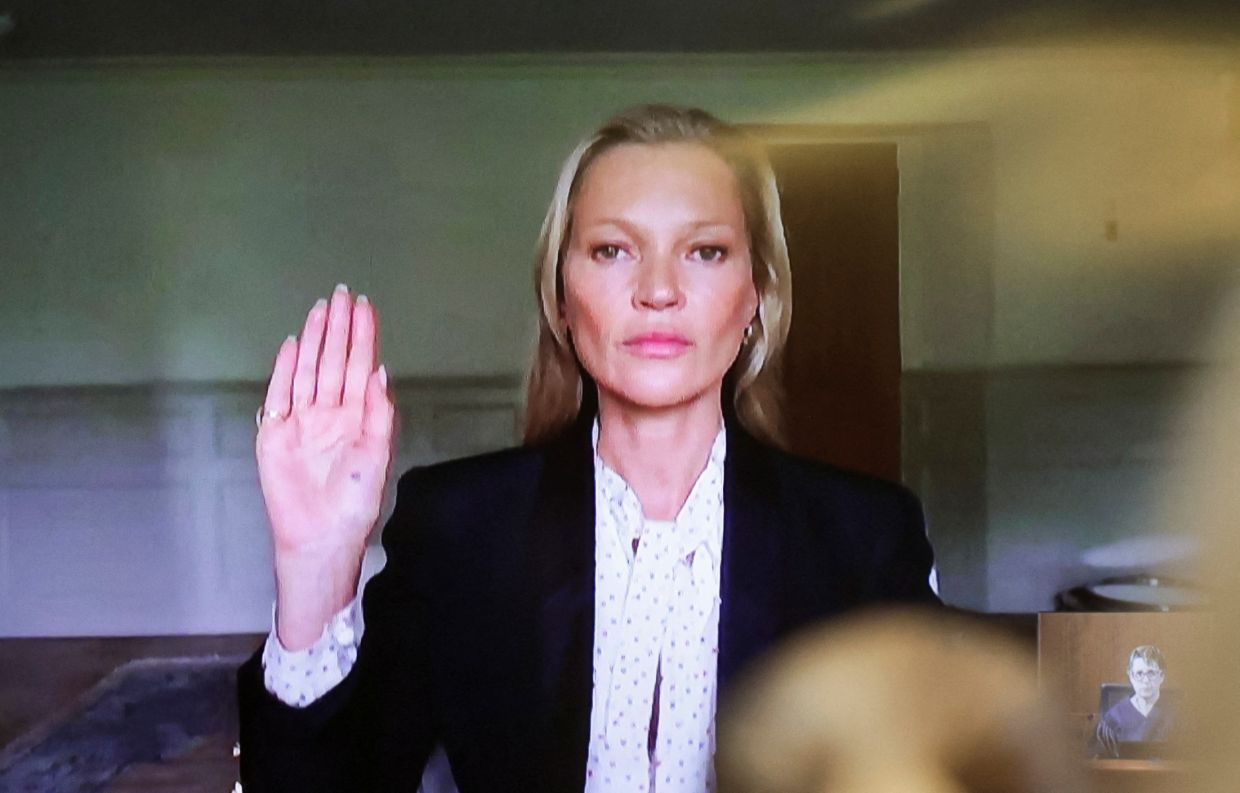 Model Kate Moss, a former girlfriend of actor Johnny Depp, is sworn in to testify via video link during Depp's defamation trial against his ex-wife Amber Heard, at the Fairfax County Circuit Courthouse in Fairfax, Virginia. Photo: Reuters

Heard had mentioned Moss during her four days of testimony earlier this month. Heard described a March 2015 incident in which Depp allegedly punched her repeatedly in the face on a stairway landing during an argument at the couple's downtown LA apartment. Heard said that Depp had stormed up the stairs and struck her sister, and that she feared that Depp would push her sister down the stairs.

"I instantly think of Kate Moss and the stairs and I swung at him," Heard said.

Depp's lawyers are presenting rebuttal evidence and called Moss as their first witness on Wednesday morning. Moss said that she and Depp dated from 1994 to 1998, and that the alleged stairs incident had occurred when the couple travelled to a resort in Jamaica.

"There had been a rainstorm," she said. "As I left the room, I slid down the stairs and I hurt my back."

She said she screamed, and that Depp carried her to their room and got her medical attention. "He never pushed me, kicked me or threw me down any stairs," Moss testified.

Heard's lawyers did not do any cross-examination. US actress Amber Heard attends the trial at the Fairfax County Circuit Courthouse in Fairfax, Virginia, on May 25, 2022. Photo: AFP

Last week, Heard's team played a deposition from Ellen Barkin, who testified that she had a brief sexual relationship with Depp in the 1990s. She said that once Depp became angry and threw a bottle in her direction at a hotel room in Las Vegas. 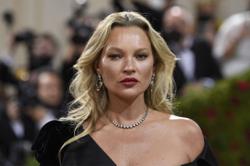