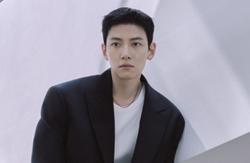 In the new Korean series The Sound Of Magic, Hallyu star Ji Chang-wook plays the role of a mysterious magician named Ri-eul, whose favourite question to anyone is “do you believe in magic?”.

During a virtual press conference on Tuesday (May 3), the 34-year-old actor said he was keen to play this role as the character was intriguing.