Bradley Cooper and Cate Blanchett are up to no good in 'Nightmare Alley'. – Photos: Handout

"Oh, you're trouble, aren't you, Pop?" a carnie played by Toni Collette asks Stanton (a cagey Bradley Cooper) in Nightmare Alley. Yep, he is.

In the opening scene, we see Stanton burn down a house but he doesn't speak for the first 10 minutes of the movie, during which he falls in with a carnival and begins to study its practitioners. Soon, he is romancing a colleague (Rooney Mara) and working on a scheme to convince stooges that he's a mind reader in Guillermo del Toro's remake of the 1947 Tyrone Powell movie of the same name.

There are several fun things going on in Nightmare Alley, which, despite its sometimes seedy locales, has a lush glamour, almost like it's being projected on cashmere. It's in colour, unlike the original, but del Toro pays homage to the velvety richness that black-and-white movies of that era often achieved. It doesn't necessarily feel like you are in the late '30s and early '40s, when it's set. It's more like you're in a golden re-creation that's as heightened, romantic and unreal as a trip into a funhouse. (One not great remnant of the last century is that virtually every actor in Nightmare Alley is white.) 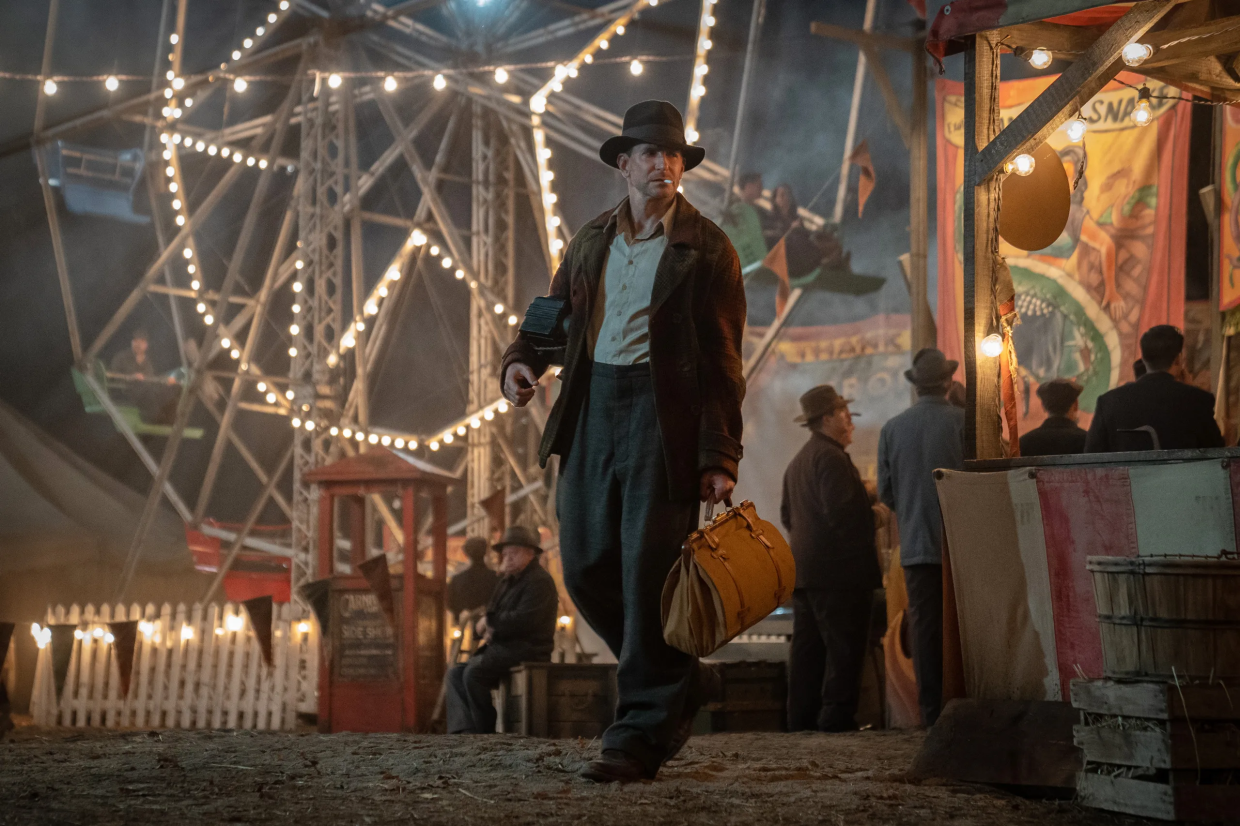 Cooper's Stanton comes off like a stolid, Gary Cooper-style hero.

Del Toro knows exactly what he's doing and he delights in messing with our heads: For some time, it's not clear what genre Nightmare Alley falls into. People routinely disappear. One of its most important characters, a psychiatrist with poisonously red lips played by Cate Blanchett, doesn't show up until the second half. And Stanton comes off like a stolid, Gary Cooper-style hero – especially when he tells Mara, "I want to give you the world and everything in it." But we're pretty sure he's not. For one thing, there's that fire.

Because of all the switchbacks, there's a lot of story in Nightmare Alley. Del Toro dawdles in the telling of it, as if he can't bear to pull the camera away from the burnished paintings on the side of carnival wagons or Blanchett's ridiculously showy office, which appears to be where Art Deco was born. It's stunning, but this is not Architectural Digest; it would be great to spend more time with Blanchett and less with her chaise longue.

Since Stanton is a mind-reader and Blanchett's character, Lilith, is an analyst, it's natural that they hook up with each other and that bad things result. "You've got a smoother line but you've got a racket, same as me," says Stanton, in one of the period-defining, hard-boiled lines the movie could use more of.

Nightmare Alley is about cons and about the danger of believing your own con but the script, co-written by del Toro and Kim Morgan, spells that out too neatly, as if they don't trust us to put the pieces together. There also may be a metaphor in there about wealth inequity – the Depression is peaking but rich people don't seem to notice it. However, Nightmare doesn't have much to say other than that.

For all his attention to atmosphere and detail, that's a problem del Toro sometimes has. His best movies, including Cronos and The Shape of Water, give us characters to invest in but, too much of the time, Nightmare Alley is more interested in its draperies. – Star Tribune/Tribune News Service

Del Toro knows exactly what he's doing and he delights in messing with our heads.

'Belle' review: A dazzling 'Beauty And The Beast' anime

'The 355' review: All-star cast in dire need of an all-star script