Who is behind the Ghostface mask this time around? Photos: Handout

Everything new is old again. In 1978, the year Halloween came out, the stage thriller Deathtrap opened on Broadway, with a plot (like its reference point, Sleuth) about a desperate mystery writer tempted, lethally, by the persistent clichés of his chosen genre. Like a lot of fabulously profitable escapism, it was a contraption about itself, and it worked just well enough and no better, with a jolt or two in between wisecracks.

In the thriller-adjacent genre of slasher films, the 1996 Scream worked the same self-referential way. The gore amped up, it made its mark, directed by Nightmare on Elm Street master Wes Craven (as were the first three sequels). The 2022 Scream is dedicated to the late Craven. Directors Tyler Gillett and Matt Bettinelli-Olpin sprinkle homages to Craven’s cutting and framing everywhere, starting with the introduction of the kitchen knives in the prologue.

As always, but more so, the characters talk like they’re competing in a slasher trivia contest. The dialogue isn’t dialogue; it’s a Reddit string, covering everything from The Babadook (elevated horror, one says, admiringly) to Knives Out to the sad-face percentage of franchise reimaginings that capture anything of the original. Even if it wasn’t original.

Out of deep respect for the studio’s wishes to keep every single plot point a secret, we’ll simply note that in Scream, a primary new character, Samantha (the excellent Melissa Barrera of In the Heights), is haunted by the memory of a Major Unpleasant Adversary from the earlier films. The recurring homicides for which the fictional town of Woodsboro, California, is now infamous are re-recurring. Every time Ghostface jumps out of nowhere with his blade, it’s like he’s opening another pop-up retail store, selling re-enactments.

Barrera and Jasmin Savoy Brown (Yellowjackets) stand out among the new cast members, Barrera for her earnest emotional commitment, Brown for her easy way with both romance (she plays the first queer character in Scream town) and comic relief. These folks are augmented with a full complement of familiar, nice-to-see-them-again legacy characters sloshing around with the new blood. 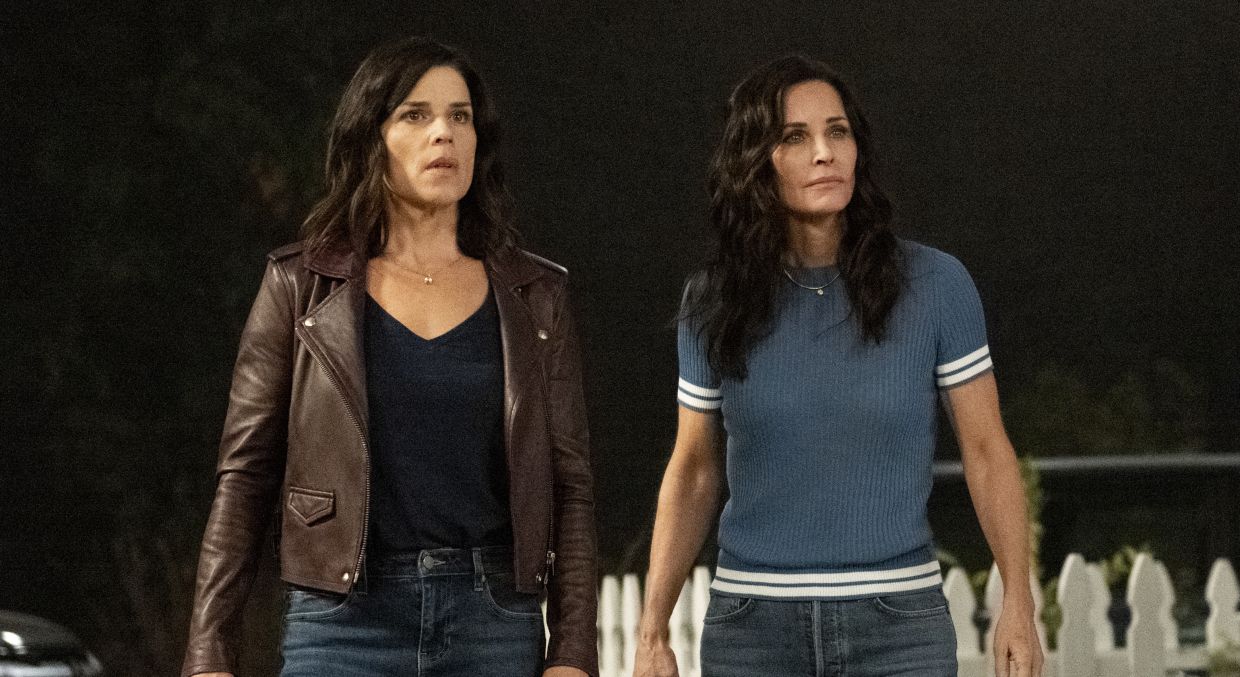 Neve Campbell (left) and Courteney Cox are back, older and wiser.

When Neve Campbell’s Sydney Prescott first appears on screen, the audience that has been there since Clinton was in office collectively breaths a sigh of gratitude. She’s back! Looking amazing! Campbell’s blithe underplaying has always been a buoy for the Scream series. She knows better than to compete with the exertions all around her.

Campbell re-teams here with Courteney Cox, returning as morning-show host and regret-filled bestselling author Gayle Weathers. David Arquette is back as Dewey, onetime sheriff, frequent Ghostface-stabbity-stab survivor. When the town starts piling up victims, again, these three return to see what’s what and who’s to be trusted among the new players. 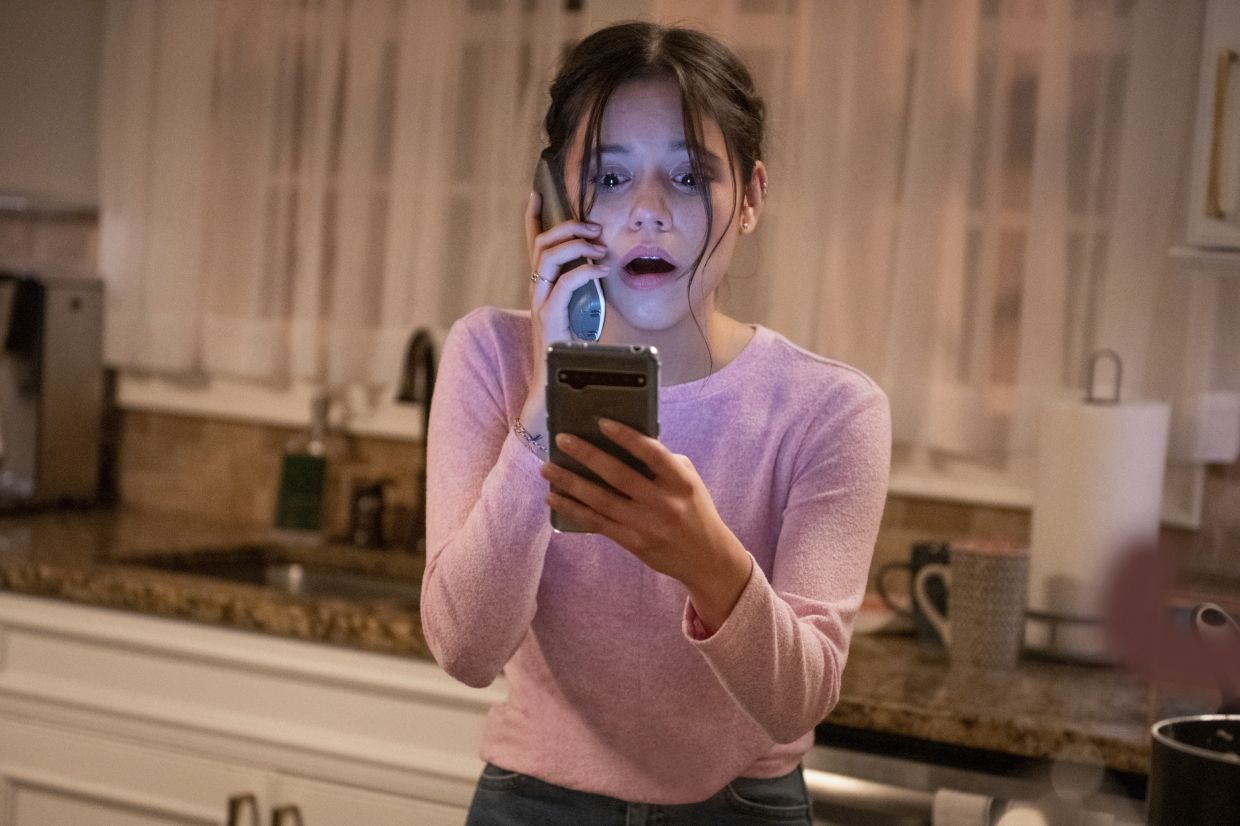 A rare sighting of a Gen Z using the landline.

The fictional Stab movies play an important part in Scream, as they have in previous Screams. I’m not telling you anything you don’t see in the trailer, or could guess by simply being alive on the same planet as the people who wrote the new film.

If we were to make a franchise-reboot comparison: Scream lands about halfway between the pretty-good 2018 Halloween and the turgid follow-up Halloween Kills. In Scream Jamie Lee Curtis is name-checked, reverently (I get that part), along with dozens of other slasher icons and trademarks. It’s sincere. But I wish this movie offered a little less running commentary and a little more running — anything, really, to get itself off the treadmill of self-critique and self-congratulation and actually going somewhere new. – Chicago Tribune/Tribune News Service

'Belle' review: A dazzling 'Beauty And The Beast' anime

'The 355' review: All-star cast in dire need of an all-star script

'The King's Man' review: Surprisingly fun look at what maketh the Kingsman