With concerts and festivals continuing to be cancelled in the second year of the pandemic, 2021 meant a loss of income for many musicians. Some, of course, still managed to pull through. Rolling Stone magazine recently released its annual list of the highest paid artistes over the past 12 months. And the list has a few surprises in store.

Bruce Springsteen is at the top of the list, with revenues estimated by the publication at US$590mil (RM2.47bil). The Boss owes this top spot to the sale of his music rights to Sony for half a billion dollars. This is, to date, a record transaction for a catalog of recorded music and compositions. The income of the American rockstar also took off thanks to the podcast Renegades: Born In The USA and the book of the same name that he released with former president Barack Obama.

Jay-Z and Paul Simon follow Bruce Springsteen in the ranking, with estimated earnings of US$470mil (RM1.97bil) and US$260mil (RM1.08bil) respectively for the year 2021. The rapper amassed a small fortune by selling half of his shares in the Armand de Brignac champagne house to Moët Hennessy. Meanwhile Simon also sold the rights to all the songs in his musical repertoire to Sony Music Publishing.

The lucrative business of selling rights to musical catalogues

Many of the artistes appearing in the list also sold rights to all or part of their music catalogue last year. This is the case for Ryan Tedder of OneRepublic (in 5th place) as well as members of the Red Hot Chili Peppers (in 6th) and Mötley Crue (in 8th). While music repertoire prices began to rise in 2020, they really spiked when artistes found themselves without tours and concerts during the pandemic.

Only one woman made it to the top 10 paid artistes of the year 2021: Taylor Swift in 10th. The American singer went a different route from many of the artistes, not choosing to sell the rights to her catalogue. Instead, she released two albums last year, Red (Taylor’s Version) and Fearless (Taylor’s Version), and forged commercial partnerships with brands like Peloton and Starbucks. – AFP Relaxnews 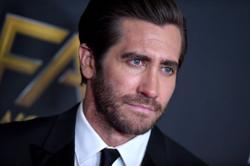 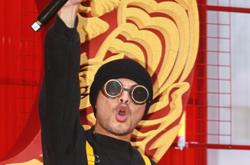