KJ Apa and Clara Berry have been dating since 2020. Photo: Clara Berry/Instagram

The stork has visited Riverdale.

KJ Apa, the star of the popular series Riverdale, and his girlfriend, French model Clara Berry gave birth to their first child over the weekend. And it’s a baby boy.

“Sasha Vai Keneti Apa, born on the 23rd of September,” the 27-year-old new mum shared Sunday (Sept 26) on her Instagram page, along with a photo of the baby’s tiny hand clutching her finger.

“He is a perfect perfection. I am the luckiest to have now two men of my life, filling my heart with this cosmic gigantic vast love,” she continued.

Apa, 24, also took to Instagram to share a video in which he thanked fans for their support of his new album, Clocks, which he noted was released the day his son was born.

The young New Zealander added that baby is “doing good” and Berry is “doing amazing.”

Apa and Berry have been dating since 2020.

The couple announced the pregnancy in May. – New York Daily News/Tribune News Service 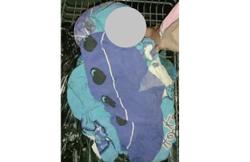 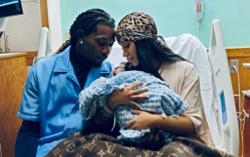