Charlie Yeung has taken up baking as a hobby and says the process is stress-relieving. Photo: Reuters

Raising children is the biggest responsibility of mothers around the world, and while some find it challenging, Hong Kong star Charlie Yeung Choi Nei says that her children have given her a newfound joy in life.

Yeung gave birth to her twin boys, Aloysius and Ignatius, in 2017 prematurely. Speaking to South China Morning Post, she shared that they instantly became her priority in life as she, too, was born premature. "My mum gave me lots of nutrition and (I frequently) exercise. My husband and I decided to do the same for the boys," she said when talking about steps she had taken to care for her children.

When asked the secret to looking young, Yeung, 47, credited it all to her kids. She said: "Many of my friends who have kids also look way younger than their actual age. Being with kids brings happiness. They feel happy easily. Simple acts like eating (together) and parental companionship are already enough to make them very happy," she told SCMP.

Yeung added that since becoming a full-time mum, she has picked up some new hobbies such as making bread, as her family loves pastry.

"I can buy better flour, control the sugar amount and use natural methods to make it, like using carrot juice for colouring," she explained. She also considered the baking process to be stress-relieving.

The actress who now resides in Singapore keeps herself healthy with outdoor activities. "My husband and I often go diving overseas. During the pandemic, we started taking walks in Singapore, which is full of greenery and fresh air."

Yeung made her debut in the Hong Kong entertainment scene in 1992. She has released several albums and starred in movies such as New Police Story opposite Jackie Chan and in director Tsui Hark's The Lovers. 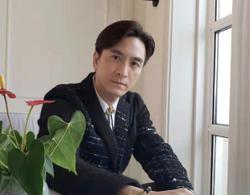 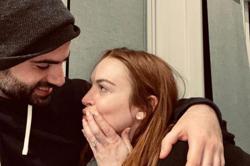