Dick Farrel was against the coronavirus vaccine but changed his mind towards the end. Photo: TA Walker/Twitter

Dick Farrel, a right-wing Floridian radio host, has died of complications from Covid-19, according to Florida news station WPTV.

Farrel was vocal about his opposition to vaccination and general scepticism about the severity of the pandemic.

On July 1, he made a Facebook post claiming to personally know two people in critical condition with Covid-19 despite being vaccinated.

These posts were among several others of the same sentiment, including at least one removed by Facebook for including misinformation, according to The Hill.

But once Farrel contracted the virus himself, his opinion changed.

WPTV reported that Amy Leigh Hair, Farrel's close friend, decided to get the vaccine because of him.

"Covid took one of my best friends! RIP Dick Farrel. He is the reason I took the shot," she posted on Facebook.

"He texted me and told me to 'Get it!' He told me this virus is no joke and he said, 'I wish I had gotten it!' I was one of one the people like him who didn't trust the vaccine.

"I trusted my immune system. I just became more afraid of getting Covid-19 than I was of any possible side effects of the vaccine.

"I'm glad I got vaccinated."

Farrel's longtime partner Kit Farley wrote on Facebook: "He fought like a tiger. Please don't put off getting attention for this illness."

"Yes, for some it has minimal effects, but others it is deadly."

According to another post by Farrel's friend Mick McCabe, Farrel struggled with Covid-19 for three weeks before he died. He was 65.

Farrel's death comes as Florida battles a new surge in Covid-19 cases, having reported on Friday (Aug 6) its highest number of daily reported cases since the start of the pandemic. – Reuters 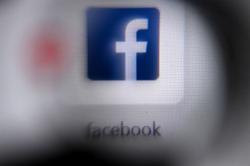