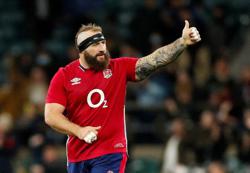 It’s reported that Siti Sarah’s entire family was found to be positive for the virus since July 25. Photo: the Star

Singer Siti Sarah, 36, passed away at 5.13am today (Aug 9) at the Universiti Kebangsaan Malaysia Medical Centre due to Covid-19.

She was eight months pregnant with her fourth child; the son – named Ayash Affan – was saved via a three-hour surgery on Aug 6.

The hitmaker was hospitalised on Aug 4, after experiencing severe coughing and a lack of oxygen levels. She was put in an induced coma on the same day of her hospitalisation.

Malaysians and fellow artistes have taken to social media to convey their condolences after the news of her death was shared by her husband on Instagram.

YouTuber Jin Lim (aka Jinnyboy) wrote: “Rest in peace Siti Sarah. Prayers out to the family. Such sad news to wake up to.”

Journalist Norman Goh (of the political podcast Bicara Minggu Ini) tweeted: “Really sad to hear the passing of Siti Sarah from Covid-19. I cannot imagine her young kids and her newly born child without (their) mother. It’s really devastating. Takziah to her family, my sincere condolences.”

ALSO READ: From The Archives: How the late Siti Sarah made a comeback after losing her voice

Many fans have also expressed their shock at Siti Sarah’s passing, highlighting her mother’s instinct in wanting to save her child first and foremost, referring to her as a “strong woman” and “strong mother”.

A fan wrote: “waking up to this heartbreaking news, Siti Sarah, she’s truly a fighter may Allah grant her the highest stages in Jannah; we all know that Sarah is such a good wife and mother, semoga beliau ditempatkan di kalangan orang orang beriman insyaAllah aamiin.”

Some fans are sharing Siti Sarah’s ballads such as Kesetiaan and Semakin, stating that the lyrics will forever now carry a deeper meaning.

Netizens have also taken to sharing the tragic news as a reminder to get vaccinated and to take the pandemic seriously.

“May her death raise awareness for kkm and gov to increase vaccination rate for pregnant mothers,” was one tweet.

“I hope this news of Siti Sarah can open every eyes that didn't believe in Covid. This thing kills.”

Siti Sarah was active on Instagram just last week, where she looked healthy as she shared recipes and makeup tips.

On Aug 1 and July 26, she uploaded a video of her husband and children going through the Covid-19 test on Instagram.

In the caption, she wrote that it was very difficult to watch her children crying as they took the tests. She further mentioned that she was worried about her three children and the baby she’s pregnant with.

It’s reported that Siti Sarah’s entire family was found to be positive for the virus since July 25. They had tested for the virus when a domestic helper was confirmed to be a positive patient.

She was laid to rest at Tanah Perkuburan Islam Sungai Pusu, Gombak, at 1.20pm today (Aug 9). 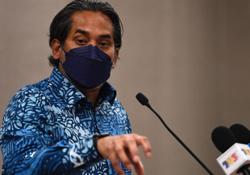 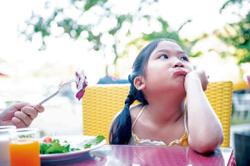