Julianne Moore has been vocal about fighting for equal pay for women and attending women's marches. Photo: AFP

Actress Julianne Moore has opened up about growing old and the term "ageing gracefully".

In an interview in the latest issue of As If magazine, which covers fashion, art and culture, the 60-year-old American star said: "There's so much judgment inherent in the term 'ageing gracefully'."

"Is there an ungraceful way to age? We don't have an option of course. No one has an option about ageing, so it's not a positive or a negative thing, it just is," added the Oscar winner. "It's part of the human condition, so why are we always talking about it as if it is something that we have control over?"

She also said she agreed with veteran British actress Helen Mirren, 75, whose philosophy is "ageing is a requirement of life, you either grow old or die young".

Moore, who has been vocal about fighting for equal pay for women and attending women's marches, has often portrayed ordinary women in her movies.

"I think we are given a narrative as children that we keep growing through school, maybe go to college then, after school is finished, the idea of growth is done," she said. 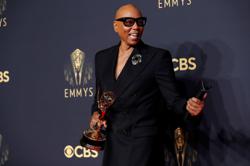