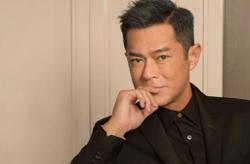 Hong Kong singer-actor Aaron Kwok has given fans another glimpse into his latest movie role after videos of him on set began circulating online. – Photos: Instagram/AaronKwokXX

Hong Kong singer-actor Aaron Kwok has given fans another glimpse into his latest movie role after videos of him on set began circulating online.

Some Chinese netizens joked that they have already watched the movie since several photos and videos of the cast filming have been circulating on Weibo.

In one video, Koo, 50, is seen standing in front of a black car. Lau, 57, is seated in the same vehicle, wearing a bulletproof vest.

Another video sees Kwok shabbily dressed, leading netizens to guess that his role is that of an undercover agent.

Kwok decided to spice things up on Wednesday (June 30) when he posted two photos of him looking rugged on set.

The captions read: "Looking for another movie role. Tough? Worth it. Remain true to one's aspirations and strive to do one's best. The White Storm 3."

The movie is the third instalment in the film series on the drug trade. The first film in 2013 starred Koo, Lau and Nick Cheung, while the second in 2019 starred Koo and Andy Lau.

The White Storm 3 will reunite Kwok with Sean Lau on screen for the first time in 29 years. They last worked together in the action film The Shootout (1992).

It is also Kwok's first collaboration with Koo in 17 years after the martial arts film Throw Down (2004). – The Straits Times/Asia News Network