TAIWANESE actor Kai Ko took advantage of his 30th birthday on June 18 to have a live broadcast with 20 of his artiste friends, reported China Press.

Ko’s world came crashing down in 2014 when he was arrested, along with Chan, for taking drugs in Beijing. Chan is the son of Hong Kong action star Jackie Chan.

Since then, Ko and Chan have not been seen together. To the surprise of the fans, the two finally “reunited” after seven years.

Ko initiated the chat by apologising for breaking the law. Chan agreed and said they had set bad examples and would do better.

Chan, for whom this was his first live broadcast, said everyone used to be jealous of Ko.

Chan said he is happy for Ko as he is a confident person now.

> College students at Zhumadian city in Henan province, China, were shocked after being informed the water they played in was actually from a septic tank, Oriental Daily reported.

The students had played in a pool of water which had accumulated due to heavy rain over a few days.

However, the school announced that the water they were frolicking in overflowed from a septic tank.

A video showing students splashing each other and jumping into the water, went viral on social media.

Later in the evening, the students received a notice from school staff urging them to take a bath as soon as possible.

The money raised from the auction was donated to an international non-profit organisation to help fulfil the dreams of sick children.

As the curator of the first “Contemporary Curated: Asia” auction, Chou donated four sets of concert costumes that he wore during his seventh world tour, in addition to the artworks of famous artists such as Yoshitomo Nara and Picasso.

Although Chou could not attend the auction debut in Hong Kong due to the pandemic, he said he was excited to watch the event online.

Through the auction, he managed to raise around RM1.4mil and the money was channelled to Make-A-Wish International, an organisation that empowers sick children by helping them realise their dreams. 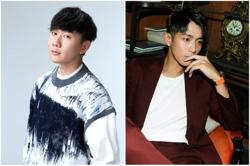