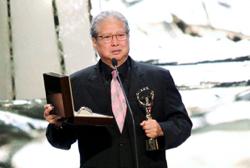 Hong Kong actor Jackie Chan's agent has denied that his marriage is on the rocks after he left two companies owned by his wife.

The Chinese media reported on Saturday (June 19) that Chan, 67, has left the supervisory board at the Beijing Zhongtai Longwei Real Estate Consultancy and Yifangzi (Beijing) Culture Communication, both of which are fully owned by his wife, former actress Lin Feng-chiao, 67.

Both companies were set up in 2007, with Lin being the legal representative.

The sudden move sparked speculation ranging from it being a normal business arrangement to Chan and Lin dividing up their assets due to marriage woes.

Some netizens noted that the action star has made no mention of his wife on Weibo since August 2018.

A representative from his agency stressed that ties between Chan and Lin were good, saying that the recent move was an "adjustment in internal affairs".

He added that Chan has no shares in either company and was merely stepping down from the board.

Chan and Lin have been married since 1982, with Lin, a top actress during the 1970s, quitting show business after marriage. The couple have a 38-year-old son, actor Jaycee Chan.

Jackie Chan made headlines in 1999 after he admitted to having an affair with actress Elaine Ng. Ng, now 47, later gave birth to their daughter Etta Ng, now 21. – The Straits Times/Asia News Network 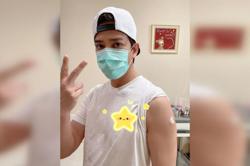