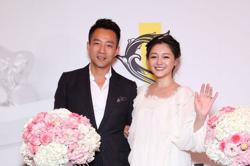 TAIPEI (Global Times): More and more entertainers on the island of Taiwan have expressed their extreme discontent towards the pro-secessionists Democratic Progressive Party's (DPP) political manipulation, which has caused high Covid-19 death rates and vaccine shortages.

Barbie Hsu, a Taiwan actress, posted an Instagram story on Saturday (June 12), saying that "We are being massacred. Tsai [Taiwan's regional leader Tsai Ing-wen] is killing us!"

Hsu later said that she is not good at using social media but prefers to keep these tough words. Hsu's agent explained recently that the actress wants to ask "when Covid-19 vaccines will be available to the 23 million Taiwan residents."

Following Hsu, Pace Wu, a well-known Taiwan entertainer, also made a post on Instagram on Saturday saying,"I hope my elderly parents can get an internationally recognised vaccine soon! I hope everyone can have the freedom to get the vaccine if they want to! May the safety of all lives be guaranteed! "

On Friday, Chang Ya-chung, a Taipei-based political scientist and member of the Kuomintang (KMT), and Chung Chin, former Director General of Taiwan's information office, among others, filed a lawsuit to the Taiwan Taipei District Prosecutor Office against Tsai, Su Tseng-chang, head of Taiwan's executive body, and Chen Shih-chung, the head of Taiwan's health authorities.

Chang said that the death rate of Taiwan's Covid-19 infections has stayed above world average, yet Tsai, along with other two Taiwan officials, not only thwarted the mainland's help of vaccines, but also supported Taiwan local vaccines, which do not have any recognition, for self-interest.

The scholar accused those three officials of misconduct, desire of profiting themselves and "killing people with policies."

With a high Covid-19 death rate of 3.3 per cent, Taiwan reported 185 cases on Monday, while about 5, 000 local-transmitted infections have been recorded in the last two weeks.

As for the cries for vaccines on the island, the Taiwan Affairs Office of the State Council reiterated on Friday that the mainland will do its highest efforts to provide assistance to Taiwan compatriots.

According to public health data, at least five Taiwan entertainers have travelled to the mainland to get vaccinated since June and over 62, 000 residents from the island have been vaccinated on the mainland as of May 31.

"We urge the DPP authorities to remove the man-made barriers to the import of mainland vaccines to the island of Taiwan as soon as possible so that the majority of Taiwan compatriots can receive safe and efficient mainland vaccines on the spot," Ma Xiaoguang, the spokesperson of the Taiwan Affairs Office said.

In early June, Hsu was involved in a divorce rumour, as her husband Wang Xiaofei, a Beijing businessman, criticised on Weibo the failure of the DPP in curbing the Covid-19 pandemic in Taiwan.

As Hsu is living in Taiwan with two children, Wang needs to travel between the mainland and the island very often. Wang described in a Weibo post what he had seen after coming back to the mainland from the island.

"My family cannot get vaccinated in the island of Taiwan. It's so shameful and low-class! This is the contrast with [the Chinese mainland] and the gap between [the cross-Straits]. - Global Times