Angelina Jolie in a scene from the film 'Those Who Wish Me Dead'. Photo: Warner Bros

During a virtual press conference with Korean media recently, Oscar-winning actress Angelina Jolie mentioned that she’s open to star in a Korean film if she had the chance

She was reported saying: "I think it would be good to appear in a Korean film or direct one.

“I want to be closer to the Korean film industry in the future."

The actress spoke to the media in conjunction with the release of her latest film Those Who Wish Me Dead, which was showing at cinemas in Malaysia on May 6.

The Korea Herald wrote that Jolie had visited South Korea on a press tour for the 2010 action movie Salt.

In 2019, the 45-year-old flew in to the country again when her son Maddox Jolie-Pitt entered Yonsei University.

“I love being there and I hope to spend more time in the future, ” Jolie told the Korean media.

“Even though because of Covid, he (Maddox) isn’t able to be there, he continues his Korean language studies and teaches me sometimes.”

Another Korean connection Jolie has is, she worked with Korean-American actor Ma Dong-seok on the upcoming Marvel film Eternals.

“He is a dear friend. He is brilliant and he is kind. Such a good man, ” said Jolie about Ma.

When asked if there are any Korean actors she wants to direct, Jolie answered: “There are too many. It's hard to choose just one person." 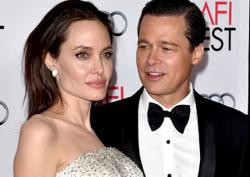