'Shang-Chi And The Legend Of The Ten Rings', 'Eternals', and 'Black Widow' will be first out of the blocks this year. Photos: Marvel Studios

2020 was a depressing year if you are a fan of the Marvel Cinematic Universe (MCU). The closure of cinemas due to the Covid-19 pandemic meant that many of Marvel Studios' big superhero blockbusters got postponed, causing a blip in the MCU fan's annual calendar. The release of WandaVision and Falcon And the Winter Soldier TV series may have helped tide us over somewhat, but nothing beats watching an MCU movie in the cinema.

But fret not, True Believer, for it looks as if Marvel Studios will be making up for lost time. We'll be seeing FOUR movies being released for both 2021 and 2022, two (so far) slated for 2023, and the imminent MCU debut of Marvel's First Family, the Fantastic Four.

Marvel revealed the news in a video celebrating the movies, starting off with a recap of the MCU's past movies, before looking forward to the upcoming movies, including this year's Black Widow and Shang-Chi And the Legend Of The Ten Rings.

The video also included tantalising first looks at the Chloe Zhao-directed Eternals, the official titles of the Black Panther and Captain Marvel sequels – Black Panther: Wakanda Forever, and The Marvels, and ended with a teasing glimpse of the Fantastic Four logo.

Here is the full release schedule of the movies announced in the video: 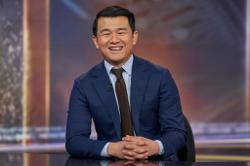