Comic book Alex Ross, a longtime collaborator of Marvel and DC Comics, has announced plans to unveil his first painting series as a non-fungible token.

Non-fungible tokens, or NFTs, have become a wildly popular digital trend, one that allows for the sale of digital content that doesn't have a tangible form. NFT technology allows collectors to purchase and store digital works, tracked with blockchain technology, while ensuring artists retain recurring royalties.

Ross' series, backed by technology company Otoy, is titled Shooting Up The Mainstream and serves as a permanent digital archive of the artist's lifetime of work.

Created in 2000, Shooting Up The Mainstream was the first Ross painting to portray his own original superhero universe, which he has been developing as a follow-up to his involvement with Marvel and DC Comics.

"For over a decade we have been developing graphics and computing technologies that have democratised 3D content creation, enabling artists from around the world to create 3D works on par with a Hollywood studio and bring virtual worlds to life," said OTOY founder and CEO Jules Urbach.

"Blockchain NFT technologies are further revolutionising the media and entertainment landscape, enabling creators to create a shared repository for their creations that can grow over time, enabling them to experiment with emerging AR and holographic media technologies."

He adds,"As one of the most imaginative and prolific living artists, we are excited to partner with Alex in creating an archive for all forms of his works from paintings and prints to next generation immersive Augmented Reality (AR) and fully holographic experiences." - Reuters 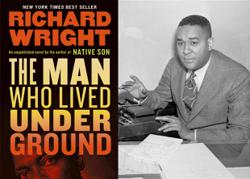