After being postponed for more than a year, Black Widow gets a new release date. Its original release date in Malaysia was April 30, 2020

The Marvel flick is set to hit Malaysian cinemas on July 9.

With the release date too, we get a new trailer and more movie stills.

Black Widow centres on Natasha Romanoff aka Black Widow having to confront her past while being pursued by a force that will stop at nothing to bring her down. Say hello to Taskmaster. Wonder if he writes a To-Do list every morning as well.

When you are a hero, you get up no matter how many times you fall.

While Yelena defies physics, we can only muster a miserable pass at Physics.

A motor scooter? Nah. We'll take the scrambler... thank you very much.

She sure likes the smoky effect of the room.

'The beard is all natural.' 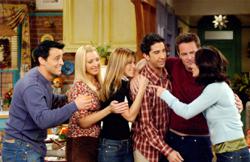