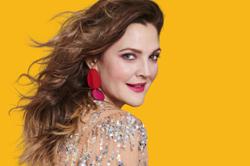 Drew Barrymore, who turned 46 on Feb 22, spent 18 months locked up in a psychiatric ward. Photo: AP

Actress Drew Barrymore, 46, spent 18 months locked up in a psychiatric ward when she was 13 and it was her mother who put her there.

However, she says she has come to terms with it and forgiven her mum, Jaid Barrymore, 74.

"It was the best thing to happen to me, in a sick way, because it cooled me out," she said in a guest appearance on The Howard Stern Show on Monday (Feb 22).

Known as a wild child when she was growing up in Hollywood, Barrymore has spoken in past interviews about her problems with drugs and alcohol.

Propelled to fame by her role in E.T. The Extra-Terrestrial (1982) when she was seven years old, she developed a drinking problem at 11, became addicted to drugs at 12 and cut her wrist when she was 13.

"This was her last gasp, and I really was out of control, and I forgive her for making this choice," she said of her mother's decision. "She probably felt like she had nowhere to turn."

"It's hard to grow up in front of people. It's just hard. I was in a place for a year and a half called Van Nuys Psychiatric and you couldn't mess around in there."

She added: "If you did, you'd get thrown either in the padded room or get put in stretcher restraints and tied up."

Born into Hollywood royalty – her late father was actor John Drew Barrymore, who was also a violent alcoholic – she did not have a normal childhood.

After her parents divorced when she was nine, her mother took her partying at the infamous Studio 54, where she took hard drugs and was encouraged to dance with famous young men.

She legally separated from her mother and was declared an adult at 14 on the recommendation of the psychiatric facility's experts, who felt she would be better off on her own.

Mother and daughter have since mended their relationship, especially after Drew Barrymore had children of her own – Olive, eight, and Frankie, six – with her ex-husband, art consultant Will Kopelman.

"I'm really glad there is healing there. We have spent our entire lives trying to figure things out," she said. "I feel goodness towards my mum. I feel empathy and understanding. She's met my kids, but there's real boundaries and distance and a lot of respect." – The Straits Times/Asia News Network

Why Salma Hayek cried while filming the sex scene in 'Desperado' 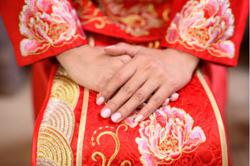 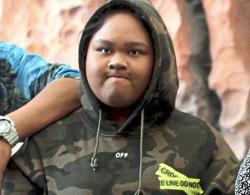