Director Brett Ratner has lined up his comeback project – helming the biopic of Milli Vanilli.

In 2017, seven women – including actress Olivia Munn – accused Ratner of sexual harrasment. The 51-year-old director has denied all claims and has been lying low since.

His last movie was Hercules in 2014 starring Dwayne Johnson.

Time's Up Foundation has condemned Ratner's impending comeback saying that the director shouldn't be allowed back into show business.

Tina Tchen, president and CEO of the Time's Up Foundation said in a statement: "Time's Up was born out of the national reckoning on workplace sexual harassment

"Our movement is a product of countless courageous acts by many survivors, including those who spoke out about what they endured at the hands of Brett Ratner.

"Not only did Ratner never acknowledge or apologise for the harm he caused, but he also filed lawsuits in an attempt to silence the voices of survivors who came forward – a tactic right out of the predator's playbook.

"You don't get to go away for a couple years and then resurface and act like nothing happened. We have not – and will not – forget. And Millennium Media shouldn't either. There should be no comeback. #wewontforgetbrett."

Milli Vanilli was a popular pop duo from the 1980s with hits like Blame It On The Rain and Girl You Know It's True.

The group was stripped off its Grammy Awards after it was discovered the members – Fabrice Morvan and Rob Pilatus – had lip-synced all their hits. In 1998, Pilatus was found dead from drug and alcohol overdose. 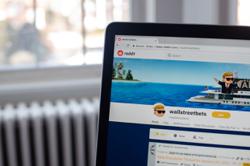