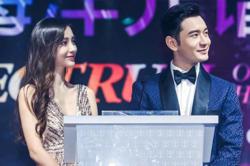 Angelababy married actor Huang Xiaoming in 2015 and the couple have a four-year-old son. Photo: Angelababy/Weibo

Chinese actress Angelababy and her husband, actor Huang Xiaoming, have clarified that she was not the "third party" in his previous relationship.

The show was well received and the second season is slated to be aired in 2021, with Huang's ex-girlfriend, Chinese actress Li Feier, one of the contestants.

Li's appearance on the same stage with Huang revived a decade-old rumour of Angelababy being the third party in their relationship between 2007 and 2010.

Li, now 33, hinted in an interview with a Hong Kong magazine in 2011 that Angelababy was the one who came between her and Huang.

On Jan 6, Angelababy took to Weibo to rebut this allegation, writing in Chinese: "When I first met Huang Xiaoming, he told me he was single until Li Feier made the groundless accusation in a magazine interview. I asked Mr Huang immediately and he told me they have broken up.

"It is that simple. I did not want to explain as firstly, it was unnecessary, and secondly, I live life for myself...Ten years have passed and I have chosen to stand up and explain it as the burden on my shoulders is too heavy and I don't want to carry it for others anymore."

Huang went on Weibo in support of his wife about 15 minutes later, and urged netizens not to hurt his family.

"I do not see any need to mention this matter repeatedly over the years as I don't want more people to take advantage of it in order to gain attention," he wrote.

The couple have been dogged by rumours of divorce in recent years, due in part to the lack of interaction between them in public.

Angelababy, a regular cast member of Chinese variety show Keep Running (2017 to present), was silent on Huang's birthday in November, while Huang made no mention of his wife's new romantic movie I Remember, which was released in China on Dec 24.

Netizens also noticed that Angelababy used "Mr Huang" to address her husband in her post on Jan 6. – The Straits Times/Asia News Network

Actress Zoe Kravitz files for divorce after 18 months of marriage 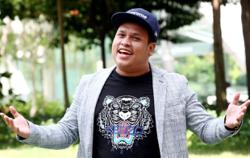