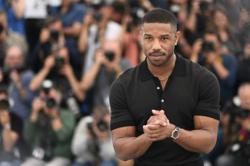 Michael B. Jordan has been crowned as 2020's Sexiest Man Alive by People magazine. Photo: AP

Actor Michael B. Jordan – who has taken many roles over the years including as boxer Adonis Creed in Creed, police shooting victim Oscar Grant in Fruitvale Station, villain Erik Killmonger in Black Panther and superhero Johnny Storm in Fantastic Four – has added a new role to the list, as People’s Sexiest Man Alive.

The 33-year-old said in the magazine that being given this title is a “cool feeling”.

He is quoted: "You know, everybody always made that joke, like, 'Mike, this is the one thing you’re probably not going to get.' But it’s a good club to be a part of."

Other actors who’ve been named Sexiest Man Alive in the past include John Legend, Channing Tatum, Dwayne Johnson, Chris Hemsworth and Idris Elba.

Jordan said that the women in his family "are definitely proud of this one", crediting his family for their endless support.

Earlier this year as well, Jordan made it to Time's 100 most influential people in the world.

Next up for Jordan – who has also appeared on TV in series like Parenthood, Friday Night Lights and The Wire – is the starring role in Tom Clancy spy thriller Without Remorse, which he also produced. 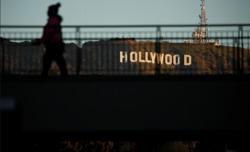