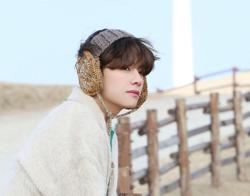 "There's no one else to blame. I'm completely at fault," he said in an apology video posted on Instagram. Photo: Filepic

Polis Evo star Shaheizy Sam has come under fire after appearing on stage at a local award ceremony, with several vape pens dangling around his neck.

The 38-year-old was immediately taken to task by viewers, accusing the actor of using the platform to promote e-cigarette products, among others.

"I'm very sorry for what happened. I'd like to apologise to the organiser. There's no one else to blame. I'm completely at fault," he said in an apology video on Instagram.

The actor gave an idea of how the incident happened: "I was very nervous. I was so focused on doing a good job that I forgot what I was wearing on my neck."

Shaheizy adds he has had the habit of keeping several vape pens with him at all times for over a year, as they tend to run out of battery quickly.

He also clarified: "I have no intention to promote anything. I was just careless."

The organiser issued a stern statement about the incident, reprimanding his actions.

"No matter what reasons Sam has given, as someone who has won Bintang Paling Popular (the award show's most prestigious prize) three times in 2010,2012 and 2014 and as an experienced artiste, he should have been more alert and showed respect to the organiser, his fellow artistes and the viewers at home.

"It is every artist's job to make sure their conduct does not bring any negative perception to the event he or she is attending or to the entertainment industry at large."

Anugerah Bintang Popular is a fan-voted award ceremony that has been running for 33 years.