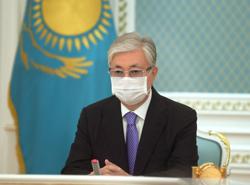 Ninety One, formed in 2015, pioneered the Q-pop trend in Kazakhstan. Photo: Juz Entertainment/Instagram

Q-pop, which stands for Qazaq pop, is a rising musical phenomenon in Kazakhstan.

Sung in Kazakh, it combines musical (and it seems, fashion) styles from K-pop, Western pop and traditional Kazakhstan influences.

The music genre came into the spotlight in 2015 with its very first (and most successful so far) Q-pop band, Ninety One.

According to Koreaboo, one of its members Azamat Ashmakyn was actually a trainee under SM Entertainment – the renowned K-pop agency responsible for producing Super Junior, Girls' Generation, Red Velvet and more – from 2011 to 2015. He then returned to Kazakhstan and joined Ninety One.

Since Ninety One, other bands such as Madmen and DNA have cropped up and are quickly gaining traction. The members of DNA told South China Morning Post (SCMP) the significance of Q-pop: "Through our music, we want to convey our culture to the nation in a more modern form. We want to share with the world who the descendants of the nomadic people are."

But that's no easy task, especially in the beginning when the music genre was met with strong opposition.

In 2016, the country's more conservative audiences protested against Ninety One's planned performance at a restaurant.

"The protesters argued that the band, which sings exclusively in Kazakh, was too 'gay' in its appearance to represent Kazakh men," a report by Radio Liberty read.

"They also said they objected to Ninety One's name because 1991 is the year Kazakhstan declared its independence from the Soviet Union."

Fast forward to 2020, Ninety One's music videos are raking in tens of millions of views on YouTube besides spawning countless reaction videos from the online community.

Associate professor Roald Maliangkay of Australian National University, who is also a researcher of the “Korean wave”, shared with SCMP why the young people of Kazakhstan have come to embrace Q-pop.

"Q-pop builds on young Kazakh men and women’s desire for different role models and social change. What attracts the predominantly female fans to Ninety One will be a combination of factors, but one in which a desire for a different, more modern man and defiance of Chinese and Russian cultures feature strongly.” 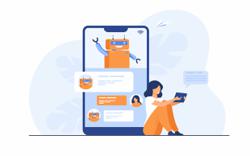