American actor Derek Mears laughingly described himself as someone who looks like a murderer in real life, to the Asian journalists during a virtual video interview that StarLifestyle participated in.

With his height just 3cm short of 2m, and his weight around 104kg, Mears is – stating the obvious here – a big guy.

On top of that, the 48-year-old Californian has a disorder since young called alopecia that causes all of his hair to fall out.

But looking the way he does has also paid off in his career as an actor; directors often call on Mears to play the villain on their shows.

After a number of small roles in various TV series and films, Mears got his first lead role – playing the serial killer Jason Voorhees in the 2009 horror, Friday The 13th.

A year later, Mears played the classic Predator in the 2010 sci-fi Predators. More recently, he appeared in The Flash series as the supervillain Dwarfstar. In between, he kept on working in films and TV series.

When asked what he finds most fun about playing baddies, Mears said with a twinkle in his eyes: “In my normal life, I try to go out of my way to make people feel comfortable and happy.

“And so, when I get to play these villains, first, I find the humanity in them because no villain ever sees themselves as a villain.

“But when you’re in that moment of whatever’s happening in the scene, you kind of let that monster out of the cage, where you’re not worried about hurting people’s feelings.

“You’re going, ‘Oh, I’m gonna step on the gas of being scary and letting this aggression out’. So, it’s very psychologically cathartic, I guess.” 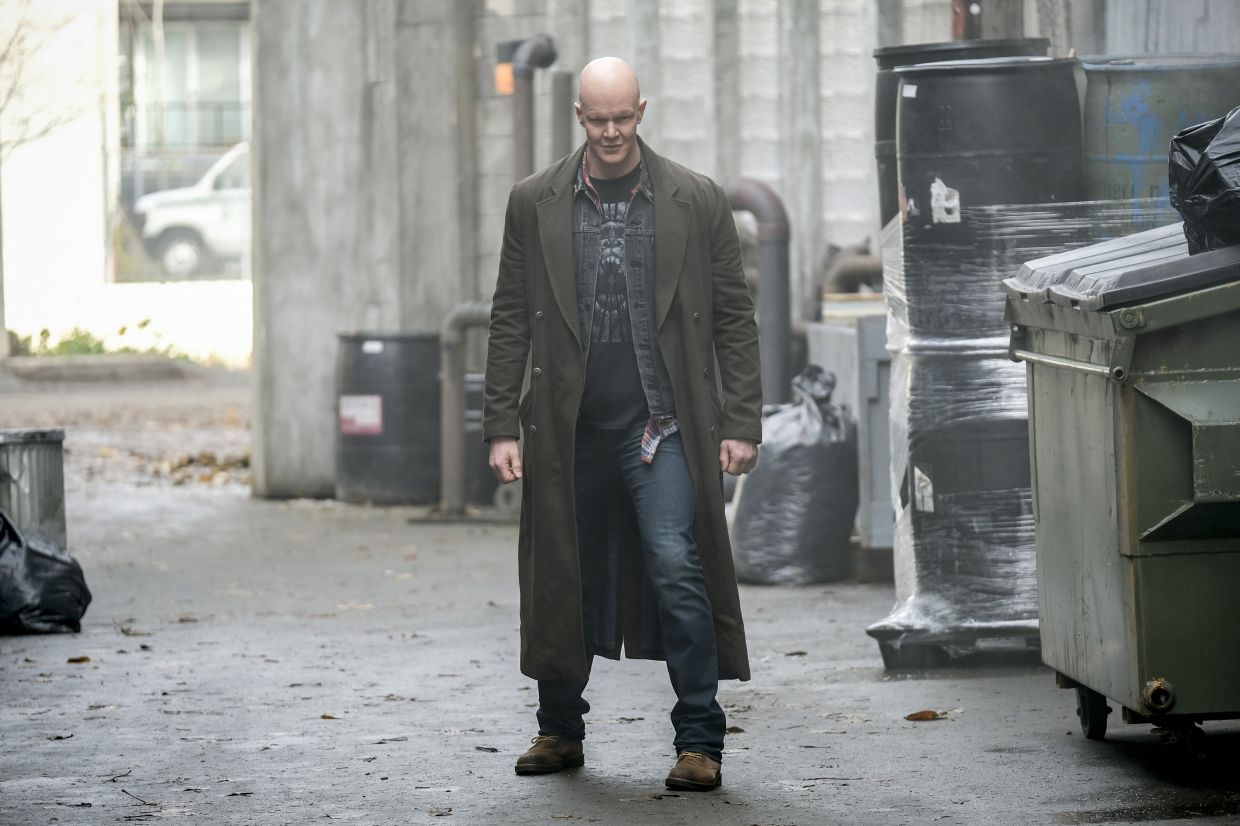 In an episode of The Flash, Derek Mears played Dwarfstar. Photo: CW

Right now, Mears is playing a different kind of monster. He assumes the titular role in the 10-episode series Swamp Thing, based on DC Comics character. FYI, Swamp Thing – who has many powers like immortality and teleportation – is one of the good guys.

Or as Mears told StarLifestyle: “Swamp Thing’s best power is his humanity. The thing that makes him the most special is his heart.”

The series centres on this plant-based creature that comes into existence at a swamp, in a small Louisiana town, where greedy men have been illegally dumping chemicals into. Luckily for the giant moss monster, he has an ally in Abby Arcane (Crystal Reed), a medical doctor who teams up with him to fight these evil men. 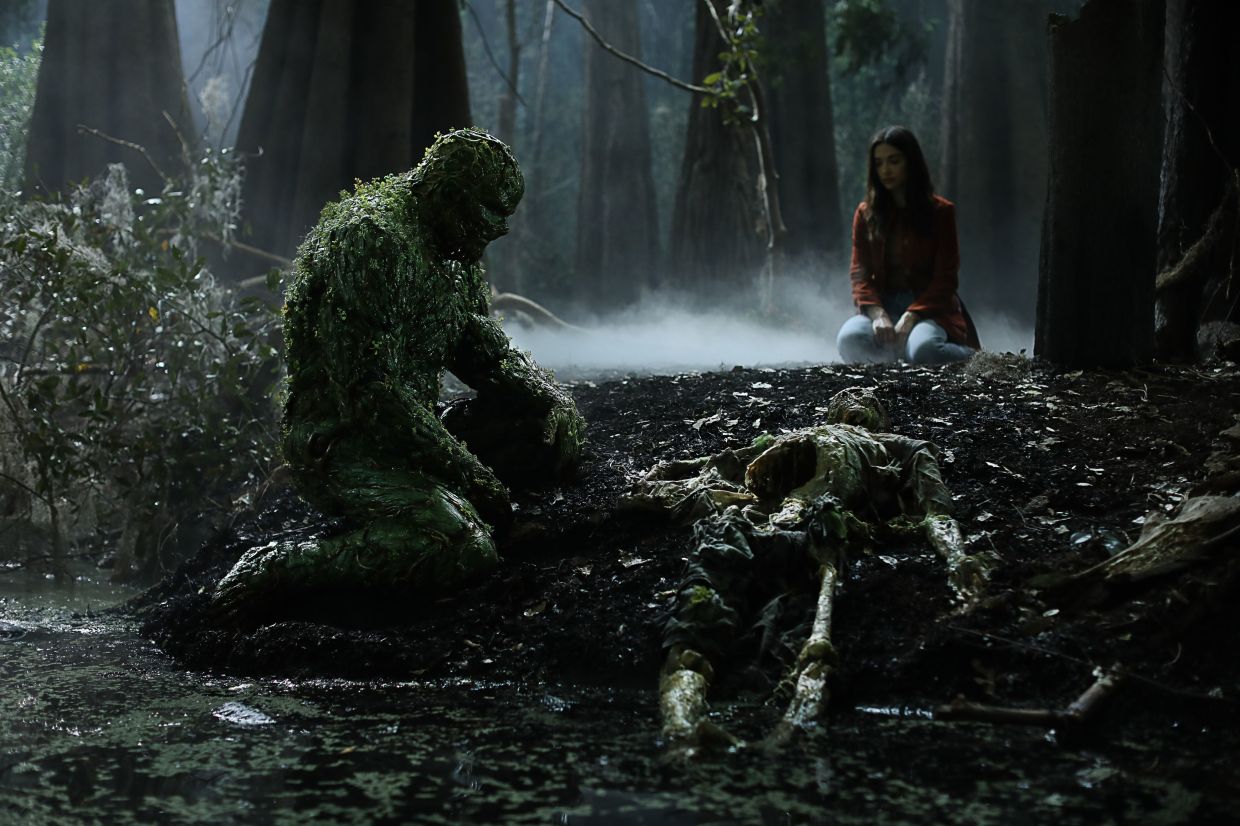 According to the actor, Swamp Thing's best power is his humanity. Photo: Warner TV

Mears, a self-proclaimed nerd and a huge fan of Batman, said he learned how to read through comic books.

He recalled: “I bought a Swamp Thing issue before I could read, because I saw that Batman was on the cover of the issue. I’m like, wait, that’s Batman, but there’s a scary green guy. Oh, he’s a villain. Oh, wait. He’s a good guy. But he looks so scary.

“So, it was a big learning lesson for me about, you know, judging a book by its cover, when I went back to it and figured out what was what.”

One thing that Swamp Thing explores in the course of its first season is the relationship between the creature and Abby, as well as the fundamental tragedy of the character.

For these reasons, it was important that production used an actor wearing a practical suit over a CGI character, which was where Mears came in.

He elaborated: “I think it’s important to wear a practical suit in a show especially like this, because we have that romantic connection and involvement, that you really need someone there inside the suit because you can feel what’s going on.

“It sounds strange, but if there’s CG, you don’t get the depths that you normally would when you’re connecting with someone and it gives the other actors something to play off to in a more realistic fashion.”

The fact that Swamp Thing goes through an existential crisis is something Mears understands very well. 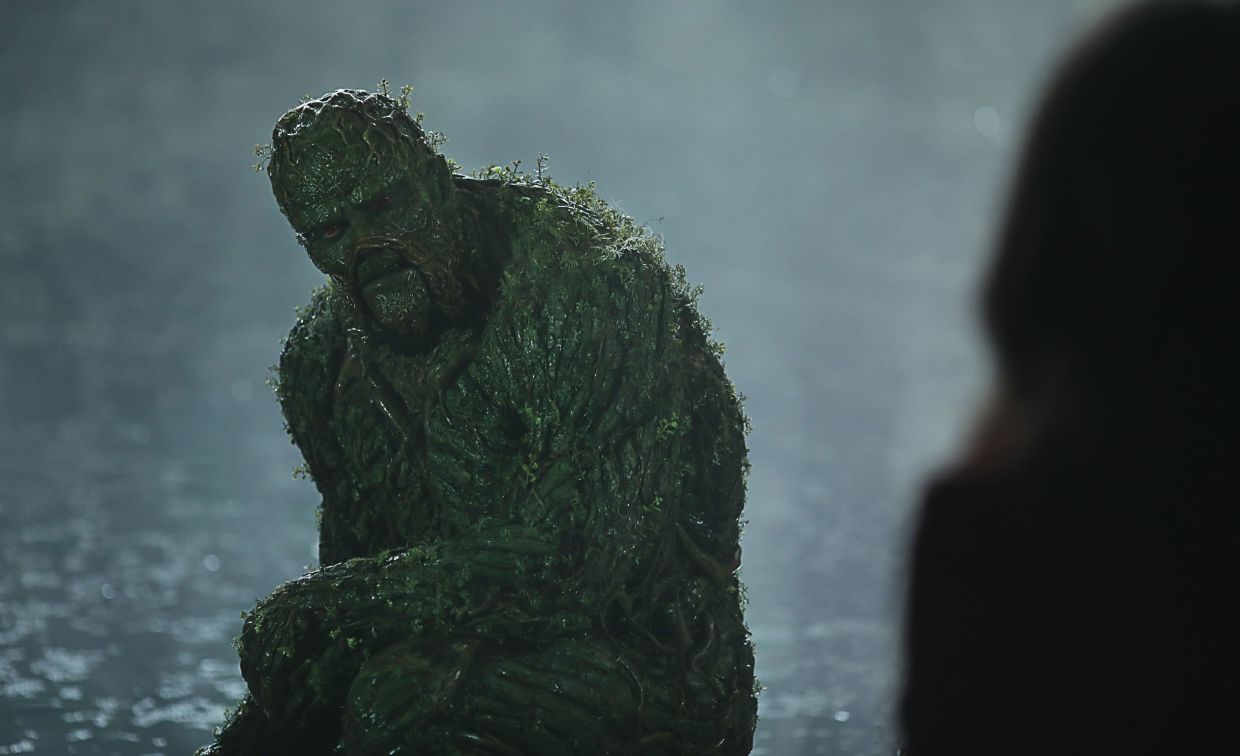 Swamp Thing asks Abby the very important question of exactly who or what he is. Photo: Warner TV

He shared his own crisis as a child and how he overcame it: “When I was a kid, I felt like the outcast, because it wasn’t acceptable for a child to look the way that I looked.

“So, for the longest time I thought I was the monster. But as I grew up, and I eventually moved to Los Angeles and with performing, doing acting and improv comedy, I realised, ‘Wait a second, what I thought was my biggest negative trait has actually become my biggest positive trait.’

EXCLUSIVE: Actress Sophie Rundle has a 'love/hate' relationship with her job

Check out viral hit ‘Mamak Rap’, a song that resonates with all Malaysians 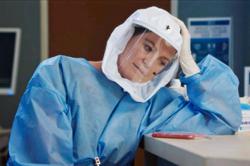