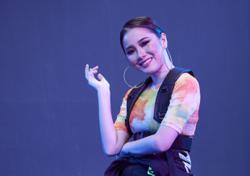 Sandra Dianne was in the middle of competing on reality singing series, 'Big Stage.' Photo: Handout

Sandra Dianne was in the midst of competing on the third season of reality singing competition, Big Stage, when the unthinkable happened.

The 25-year-old Sabahan was on her way to Putrajaya to attend rehearsals for the show on Sept 5 when she got into a car accident.

Sandra sustained head injuries and has been admitted to the intensive care unit (ICU) at a Putrajaya hospital. Her friend, who was in the car with her, escaped with minor injuries.

A representative from Sandra's recording label, Sony Music, told mStar, The Star's Malay-language portal: "Sandra is in critical condition and she's still unconscious. She's been admitted to the ICU since Sept 5.

"We're still waiting for more information from the doctor."

The Sept 6 episode of Big Stage aired live without Sandra's participation. She was slated to give her rendition of Ella's Nuri. 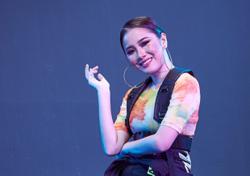