Carey felt coerced to confirm rumours about whether she was pregnant at the time. Photo: AFP

Talk show host Ellen Degeneres wanted Carey to address a rumour about whether she was pregnant at the time.

When Carey didn't want to confirm the news (having experienced a miscarriage before), Degeneres employed a different approach to get her to confirm the rumours – offering her a glass of champagne.

Carey then pretended to take a small sip of champagne, which prompted Degeneres to declare: "You're pregnant!"

She later had another miscarriage.

The 50-year-old singer – who is now a mother of 11-year-old twins Moroccan and Monroe – recently told Vulture how she felt about that moment: “I was extremely uncomfortable with that moment is all I can say. And I really have had a hard time grappling with the aftermath.

“I wasn’t ready to tell anyone because I had had a miscarriage. I don’t want to throw anyone that’s already being thrown under any proverbial bus, but I didn’t enjoy that moment.”

Carey added she felt there should have been “an empathy that can be applied to those moments that I would have liked to have been implemented. But what am I supposed to do? It’s like, (sings) ‘What are you going to do?’”

The talk show host has come under fire in the past few weeks, with allegations that The Ellen Degeneres Show was promoting a toxic work environment.

Katy Perry isn't sorry she defended Ellen DeGeneres: 'Not everyone is going to agree'

‘Everybody Loves Raymond’ star calls out Ellen DeGeneres’ apology over toxic work environment: ‘It comes from the top’

‘Ellen DeGeneres Show’ under investigation for workplace problems including racism 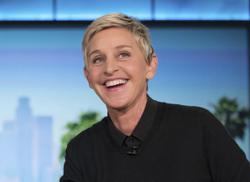