'Tenet' review: Mind-bending blockbuster that is both bewildering and compelling

Christopher Nolan returns with a blockbuster of a movie that is bewildering yet compelling at the same time.

“DON’T try to understand it. Feel it, ” one of the characters says in Tenet, and in hindsight, it seems like director Christopher Nolan himself was trying to tell us something about his latest movie.

The trailers have been suitably vague, showing off some cool action sequences, strange things happening in reverse, with references to the afterlife, World War III, time-travel, and terrorists. In fact, the trailers don’t actually tell you anything about the story, just that John David Washington plays a spy who is recruited into a strange organisation called Tenet, and is assigned to stop WWIII from happening, with the help of the shady but capable Neil (Robert Pattinson).

Actually, that’s all you need to know about the story. Really. 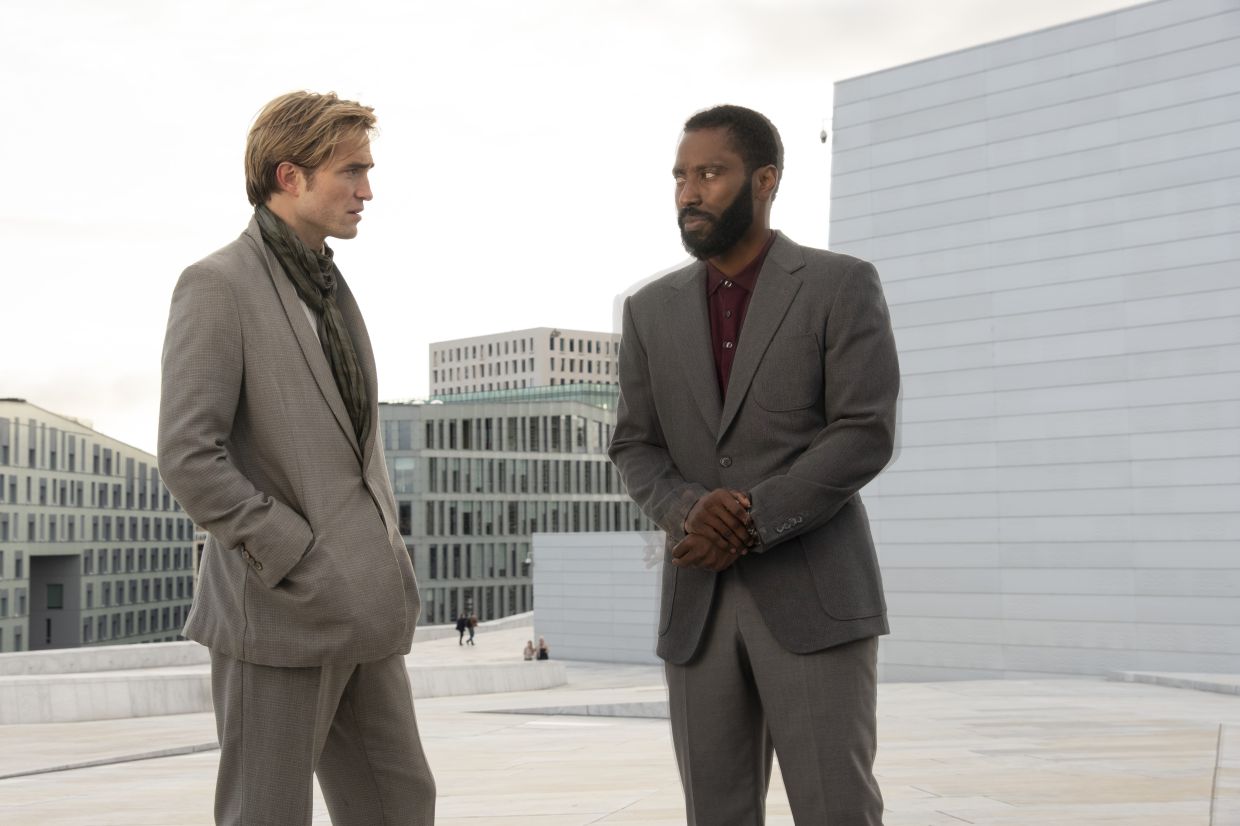 "Oh, they're taking our pictures, quick, just stand around looking good in suits and don't give away the story!"

There is no other way to watch it. It requires you to turn turn off your phone completely (why do you even have it on in the cinema anyway?), stop talking to your friends or partner (you wouldn’t be able to anyway, because of social distancing SOPs), and give your full-blown, undivided attention to the screen.

Watching Tenet can be both compelling yet frustrating at the same time. It is action-packed and intellectually stimulating, but befuddling and complex at the same time. There is a lot of exposition to understand, but there is also a lot of mindless action fun as well. It will captivate you the entire time, while also making you question your life choices.

Nolan has never been one to take the easy way out when it comes to making a movie. The backwards chronology of Memento, the closely guarded secrets of The Prestige, the unnerving suspense of Dunkirk, the intellectual crime noir of The Dark Knight Returns, the wild dreamscapes of Inception, the reality-bending weirdness of Interstellar... all his movies have been wildly individualistic and hugely original.

Even on his first foray into “mainstream” superhero movies, Batman Begins, you could see the director’s intellect straining against the (then) rigid structure of the conventional superhero movie, eschewing the “comic book” elements for a grittier deep dive into the psyche of the Dark Knight himself. With Covid-19 still out there, John was not taking any chances in terms of face masks.

Tenet somehow manages to combine all the unique parts of his past movies into one. It’s got elements of a heist flick, a war movie, a horror mystery, a dystopian sci-fi, a buddy comedy, a family drama, a time-travel mind-bender, an action-packed spy thriller, and even hints of a superhero blockbuster. Heck, it’s like the entire lost summer blockbuster season of 2020 rolled into one.

Tenet is a movie that you will love and hate at the same time. You will come out of the cinema wanting to watch it again, but at the same time, questioning whether you want to put yourself through that again.

Nolan has created a movie experience that defies logic, convention and genre, and that is what’s so compelling about it.

In other words, don’t try to understand it. Feel it.

A movie experience that defies logic, convention and genre.