5 things we learned from Hans Isaac's tearful interview with Neelofa 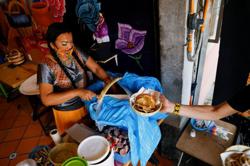 TV host-entrepreneur Neelofa is granting viewers an intimate look into the personal and professional lives of Malaysian entertainers through her newly-launched talk show, Next To Neelofa.

Hans, 48, even teared up at one point when speaking to Neelofa. Here are five things we learned during the soul-baring session:

Hans's father was a naval officer, which meant his entire childhood was spent at a navy base. He credits his sense of discipline and orderliness to his strict upbringing. "When I got punished as a kid, my dad would ask me to polish all 30 pairs of his boots until he could see his reflection in them."

After secondary school, he was determined to follow in his father's footsteps. But when the time came, Hans's father decided to enrol his older brother to the navy first and advised Hans to wait a year.

"In that one year of waiting, my whole career path changed. If I had joined the navy at the same time as my brother, I wouldn't be here today," says Hans who has built an illustrious career as an actor, director and producer.

2. The death of his father was a wake-up call

Hans got choked up when Neelofa touched on the death of his father. Hans shares he still finds it hard to accept his father's death more than 20 years later: "Because I didn't get to say what I wanted to say."

After losing his father in his mid twenties, it forced him to take responsibility for his life.

"When you're young, you think your parents will solve all your problems. So you just think about enjoying your life and being naughty all you want.

"When he passed away, I thought, 'Where do I go now? Who is going to solve my problems?' I relied too much on him. You think your parents are always going to be there."

Hans said the life-changing event prompted him to take an active role in providing for his mother, working multiple acting jobs to make sure she got everything she needed. 3. The reason he arrives late and leaves early at weddings

"I don't want to meet people who come up to me, ask for a photo and then ask me 'when am I going to get married?'" he says candidly.

Hans has been romantically-linked to various high-profile personalities like actress-singer Erra Fazira, former beauty queens Elaine Daly and Gabriella Robinson as well as Neelofa in the past. He remains single.

4. He would really like to be a father someday

Nevertheless, he is looking forward to fatherhood, stating: "I can't wait to be a dad. In the last two to three years, it's been on my mind a lot. It's become a priority. Unfortunately, it's a bit late for me. But I believe everybody's path in life is different."

5. It's difficult for him to say no to those in need

Neelofa reveals a little-known side to Hans: "You have a habit of not being able to turn away people who come to you for help. You've paid the hospital bills of veteran actors, paid for their children's school fees, helped them refurbish their homes. I feel people need to know that part of you."

She adds with a laugh: "There were times when I would say to you, 'Why do you have to help this person?'"

Hans responds: "I hope this will inspire other people to do the same thing for those in need."

Next To Neelofa airs every Thursday at 9pm on Astro Ria (Ch 104) and Astro Go.

Hans Isaac plans on a comeback to acting

'What if it rains?': KL drive-in cinema operator answers your FAQs 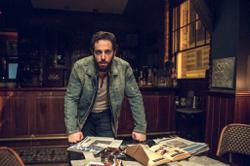