Rajput, who started as a TV actor, made his Bollywood debut in 2013 with director Abhishek Kapoor in Kai Po Che, based on the book by Chetan Bhagat.

Among his other movies are Kedarnath, Sonchiriya (Golden Bird) and Raabta (Connection). He was last seen in the 2019 Netflix film Drive.

Mumbai, India’s financial hub and home to Bollywood, has been grappling with the coronavirus pandemic, which has brought the business of entertainment to a complete halt in the country. – By Rafiq Maqbool/AP 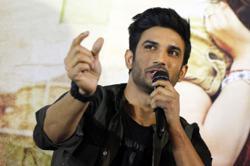