Dennis "Denny" O'Neil, best known for writing and editing Batman comic books, died on June 11 of natural causes. He was 81.

O'Neil wrote Batman, Detective Comics and Batman: Legends Of The Dark Knight in addition to serving as an editor for DC's Batman-related comic books from 1986 until 2000.

Along with editor Julius Schwartz and artist Neal Adams, O'Neil helped to bring Batman back to his original, more ominous persona after the 1960s Batman TV series had a campier take on the superhero.

Lee continued,"Denny was one of the earliest writers whose work and focus on social issues pushed comics to wider respectability & acceptance as an art form. Through his work & mentorship, he influenced generations of writers & artists."

DC mourns the passing of Dennis “Denny” O’Neil, who co-created some of DC’s—and the industry’s—most important comics. Between revitalizing Batman and telling thoughtful stories that addressed addiction and racism, he told the stories we needed to hear. His voice will be missed. pic.twitter.com/1nIONELeNx

O'Neil was born on May 3,1939 in St. Louis, Mo. and graduated from St. Louis University, where he studied English literature, creative writing and philosophy. He began his career in comics in the early 1960s as Stan Lee's assistant at Marvel and briefly worked at Charlton Comics before he was hired at DC Comics in 1968.

While at DC, he worked on Wonder Woman, Justice League of America" and "Green Lantern/Green Arrow" before beginning to work on the reinvention of their Batman series.

While at Batman, O'Neil and Adams are credited with creating supervillains Ra's al Ghul, Talia al Ghul and Richard Dragon, as well as the characters of Leslie Thompkins and Azrael.

O'Neil also helped to reinvent The Joker and Two-Face as they are seen today and was instrumental in the death of Jason Todd, Batman's second Robin.

In 1980, O'Neil briefly returned to Marvel, where he wrote for The Amazing Spider-Man, Iron Man and Daredevil.

He went back to DC in 1986 and continued writing and editing Batman while also working on Green Arrow and The Question.

Beyond comics, he wrote TV episodes of Logan's Run, Superboy, Batman: The Animated Series and G.I. Joe: A Real American Hero, taught at the School of Visual Arts and authored The DC Guide to Writing Comics.

In December 2018, O'Neil was the keynote speaker at The Jimmy Carter Presidential Library's "Comic Books and Social Justice" event and Phoenix, Ariz. declared May 25 as "Dennis O'Neil Day" in 2019. – Reuters 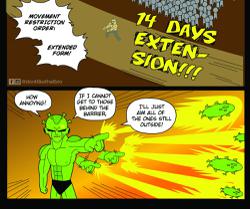 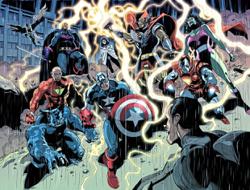 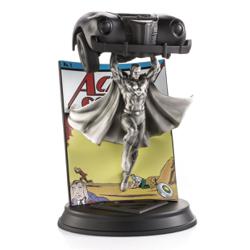