A packed concert like this may be a thing of the past for now. — Handout

Presently, things are not looking good where concerts are concerned.

In a survey conducted via social media, StarLifestyle learned that when it came to concerts, almost everyone polled said they will not be attending live concerts at all this year.

And if they do go next year, they would only do it if all the safety measures are in place.

Concertgoer Nur Izzaty Shaifullizan reasoned that standing with thousands of people in close proximity, singing along with her favourite singer, only to be hospitalised the next day is not an appealing notion.

Likewise, Sathiya Devi, 39, is against the idea. She said: “I will not be going to any concert even if there is a vaccine for Covid-19. At least for the next two years or so.

“This is because I do not trust the public to adhere to all the safety and health precautions, because let’s face it, some people just don’t follow the rules.

“Just because there’s a vaccine, it doesn’t mean that I should expose myself to the disease. Covid-19 and its repercussions are just too fresh in my memory for me to ignore it and go to, not just a concert, but any big gathering, anytime soon.”

Since March 18, Malaysians have been adhering to the movement control order (MCO) in a battle against the spread of the coronavirus.

On May 4, Malaysia started the conditional MCO, loosening the movement control rules a little. But live concerts and any events involving the gathering of a large group of people are still a no-no.

Although things are looking bleak, concert organisers are looking into safe ways to bring back live performances for concertgoers. They hope to get the ball rolling the last quarter of the year, at the very least. 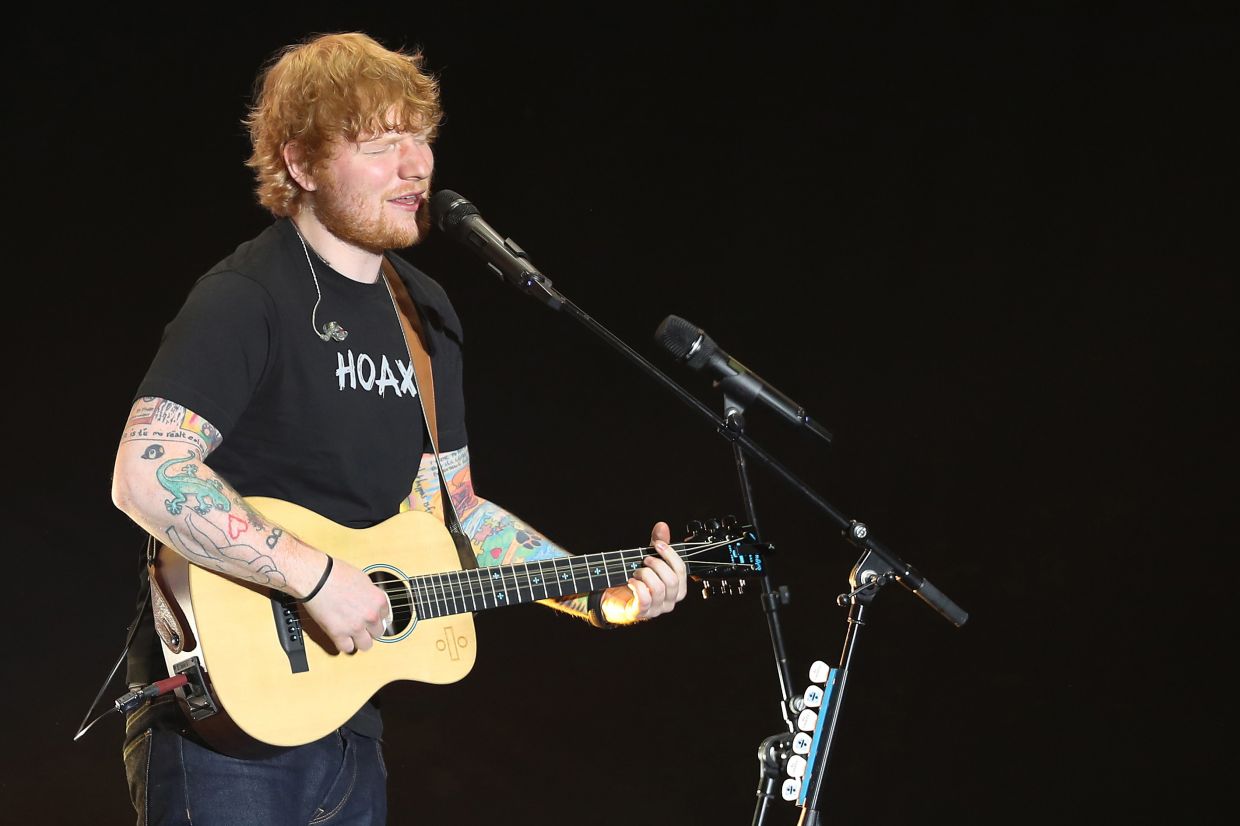 One of the biggest concerts held in Kuala Lumpur recently was Ed Sheeran Divide Tour 2019 that attracted some 45,000 people to Bukit Jalil National Stadium... something that would be impossible in today’s climate.

With fans opting out of concerts, it spells unemployment for musicians, concert organisers and other music industry members.

That is why Arts, Live, International Festivals and Events Association (Alife) – a non-profit organisation representing companies managing, presenting and promoting live events in Malaysia – hopes to work with the government and various stakeholders on how to hold events safely post-Covid-19.

Alife had sent a 50-page proposal to the Ministry of Tourism, Arts and Culture and the Ministry of Communications and Multimedia to work out the SOP so the music and tourism industry can stay alive.

Para Rajagopal, Alife chairman, believes holding a smaller concert at a bigger venue – to obey the social distancing rule – and keeping it to a sit-down affair are some of the steps for concerts to continue.

“Having some sort of concert is still a better option than having no concerts at all, ” he said.

“The challenge now is to get proper preemptive measures and SOP approved by the authorities. But there hasn’t been much feedback so far.”

He elaborated: “We are only recommending seated shows where you can actually control the distance. In our proposal we are also quite detailed, breaking down pre-event, during-event and post-event measures.”

Alife is also initiating contact tracing – getting the details during ticket sales, so prompt action can be taken by contacting other concertgoers if one attendee turns out to be a virus carrier.

“We would keep this data up to one year, so we can retrace everyone, ” said Para.

There is also the need to keep the equipment clean, with microphone and musical instruments sterilised. Many artistes have gone virtual during the lockdown, including Lady Gaga. Photo: YouTube

One of the safest and most cost-effective ways Para figures for now is to gather a small group for a live event and livestream it to audiences.

He explained: “We are coming up with hybrid events where you have a small capacity with social distancing measures in place and then you can stream out that event to people, either for a fee or as sponsored content.

“This way, there is still some form of activity with lighting and staging, instead of everything being stagnant.”

Darren Choy, the managing director of Warner Music Malaysia, agrees that people will not give up on live concerts completely hence exploring how concerts can still be held is something that needs to be looked at.

“If anything, during this pandemic, entertainment has proven to be more pivotal than ever with people gravitating towards events like livestream concerts. We’ve seen artistes collaborating on major concerts during lockdown and all were done digitally, ” said Choy.

“While there might not be any large gatherings for the next six months, or even the next 12 months, we could start looking at how else we can deliver some form of entertainment to the fans.

“They are talking about playing football in an empty stadium. Similarly, we could have an artiste go on stage and find ways to monetise that performance.

“Artistes would just have to be more resourceful in how they get their music out to the fans, this is probably the new reality.” 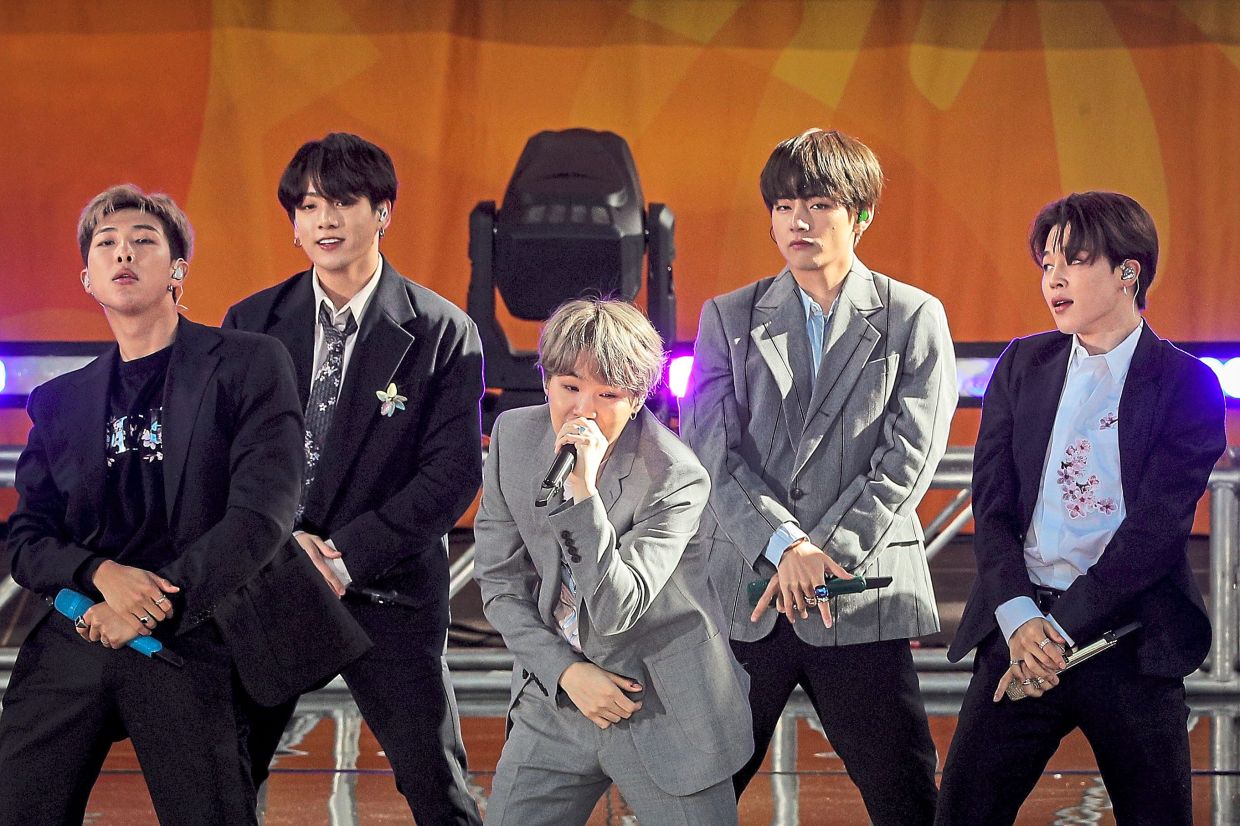 Lyanna Tew who is a fan of K-pop, especially singer Jaejoong, had always travelled to various locations to catch her favourite singers in live events, be it concerts or musicals.

Since the pandemic has put a stop to both her travel and concert plans – “I won’t be going for concerts this year. My hubby won’t allow it.” – she, like everyone else, has turned to watching livestream concerts during the MCO.

Right now, the 43-year-old is looking closely at the Korean company SM Entertainment and its line-up for Beyond Live concerts, which is an “Online Customised Paid Concert”.

Fans can also purchase lightsticks which will be synchronised during a concert’s key moments, connecting the fans wherever they are, giving them a rich concert experience at home.

When asked if she would “attend” a Beyond Live concert, Tew said: “Yes, I will. Especially if there is new content. If you look at the pricing, it is much cheaper. A ticket for it is about RM120, compared to almost RM700 if you attend a live concert.”

Choy said that music was one of the earliest business to have gone digital, with everyone listening to music online and singers sharing content digitally.

“In the past, we’ve always been doing a lot of stuff with Spotify, Apple Music, etc.

“So, a lot of things have been done from a digital standpoint, and because of that, there is a certain degree of business normalcy for us.

“We just have to figure out whether to do virtual showcases and virtual meet-and-greet appearances, things like that, here on.”

While performing online may not entail the same live experience as a concert where an artiste gets to interact with his or her audience and feed off that energy, adapting to the new normal may be the best solution for now. 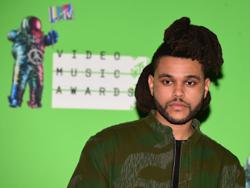